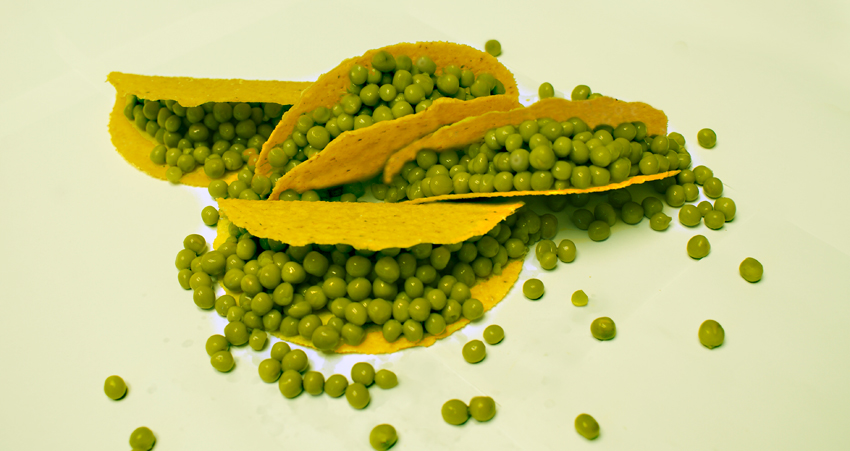 What do you do for an encore after your soybean-based chicken breast becomes a national sales success? How about helping a company develop a hamburger substitute made of peas.

Fu-hung Hsieh, professor of bioengineering and food science nutrition, has teamed again with Beyond Meat to help them move beyond their chicken substitute with another meat analogue: Beef-Free Crumbles. 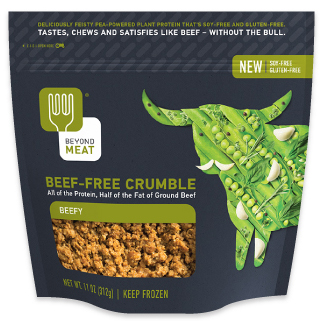 The new product will hit store shelves in spring. It is a substitute for ground beef that normally would be used in tacos, chili, burritos, pastas, lasagna and that school lunch classic, sloppy joes. It will be marketed to vegetarians or people looking to cut back on red meat consumption.

Beyond Meat licensed Hsieh’s soy-to-chicken technology from MU in 2009. It has financial backing from Bill Gates, the Obvious Corporation — which includes Twitter co-founders as owners — and the venture capitalist firm Kleiner Perkins Caufield & Byers. Beyond Meat launched with its Chicken-Free Strips a little more than a year ago.

The company manufactures them in Columbia. Harold Huff, who assisted in the soy chicken development, is now employed by Beyond Meat, as well as some of Hsieh’s former students. “We hope they will employ more in the future,” Hsieh said.

Beef-Free Crumbles will probably be made in mid-Missouri. Since opening its doors in 2012, Beyond Meat has grown to more than 30 employees. It has the capability to make about 5 million chickens worth of the soy-based chicken substitute.

The Beef-Free Crumbles rollout started this month. It initially will be available in Whole Foods stores. Chicken-Free Strips started initially on the coasts in specialty grocers. It is now sold through general grocers such as Hy-Vee. In the fall, the soy chicken product will be sold at Target.

The new product is following soy chicken, too, as a media sensation. Brown recently described the product on the CBS Morning News. Hsieh’s chicken creation was featured in Time Magazine, the New York Times, NPR and ABC News.

The company keeps the manufacturing details proprietary, but the process starts with vegetable protein. Heat, pressure and water are used to rearrange amino acids, lipids and other compounds to resemble the structure of meat. 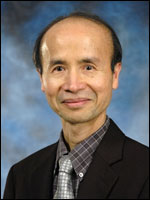 A Healthy and Popular Product

Hsieh has been studying meat analogues since writing his University of Minnesota Ph.D. thesis on textured vegetable protein. As a Quaker Oats senior researcher, he developed a patented technology to keep raisins in granola soft and moist. Concerns about the global food supply brought him to Mizzou and his food research.

Hsieh developed soy chicken as a cholesterol-friendly, soybean-based food that is good for our hearts. His challenge was not just to make soy-based analogues taste like the real thing — that’s easy — but to make the new food chew and pull apart like the animal-based product, which is hard. Hsieh developed a process that took soy, something that usually chews like a lump of spaghetti, and simulated the fibrous qualities of a chicken breast. Hsieh developed the product to provide shoppers a low-cost alternative to the white meat, allowing consumers to more easily add soy — and its healthy qualities — to their diets without giving up any dining satisfaction.

Peas contain a unique assortment of health-protective phytonutrients. One of these phytonutrients — a polyphenol called coumestrol – has recently come to the forefront of research as a protection against stomach cancer. Low-fat green peas also provide key antioxidant and anti-inflammatory benefits, and are reliable source of omega-3 fats. 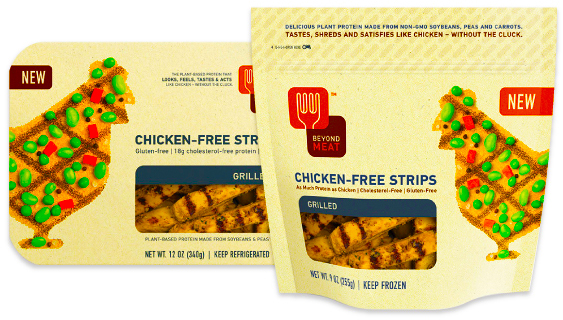 Eating vegetable protein may help reduce the risk of heart disease by lowering blood cholesterol and increasing the flexibility of blood vessels. The FDA has approved a health claim stating that “25 grams of soy protein in a daily diet low in saturated fat and cholesterol can help reduce total and LDL cholesterol that is moderately high to high.”

A U.S. product database found that 110 new meat substitute products were introduced in 2010 and 2011. And according to SymphonyIRI Group, a market research firm, frozen meat substitute sales reached $267 million in 2011. The market for meatless foods includes health-conscious non-vegetarians, lactose-intolerant people, persons following rules of Kashrut, or to address ethical and nutritional issues for vegetarians and vegans.