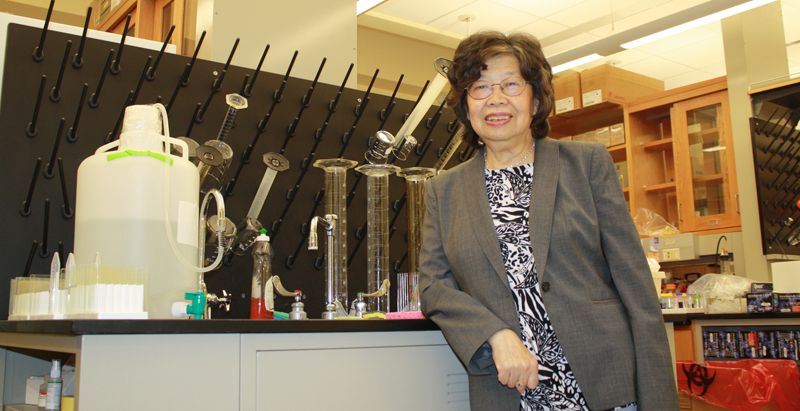 Grace Sun, professor of Biochemistry at the University of Missouri, will be honored by her neuroscience colleagues with a scientific symposium on the Mizzou campus in June.

The June 26-27 symposium, Lipid Signaling Pathways and Neurodegenerative Diseases, will feature 10 neuroscientists from around the world.

Sun is an internationally renowned scientist in with a research focus on brain lipids and signaling pathways in relation to aging and neurodegenerative diseases. She is particularly keen at using new ideas and technologies. Her intellectual curiosity has resulted in several innovative investigations including Alzheimer’s disease and stroke.

Among the scientists honoring Sun will be Nicolas Bazan, the Director of the Neuroscience Center of Excellence at the Louisiana State University School of Medicine; Chung Hsu, the CEO of the China Medical University Healthcare System in Taiwan; Joanna Strosznaider, director of the neurochemistry laboratory with the Mossakowski Medical Research Centre at the Polish Academy of Sciences in Warsaw, Poland; and David Wong, the Lilly Distinguished Research Fellow (retired), Eli Lilly, andprofessor emeritus of neurobiology in the Department of Psychiatry at the Indiana University School of Medicine.

Sun has been a Mizzou faculty member since 1974 and in the Department of Biochemistry since 1977. She has maintained NIH funding throughout her career and is the director of a successful NIH program project grant on Cell Models for Alzheimer’s Disease: Lipids and related signaling pathways. 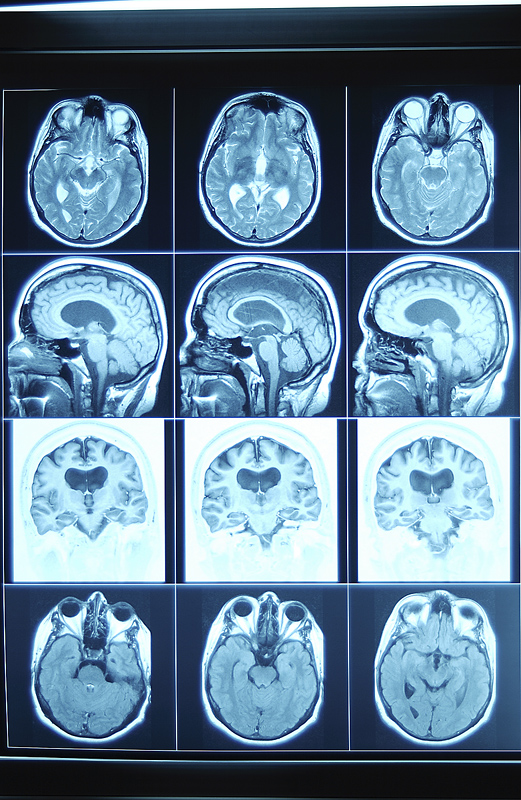 Her research investigates malfunctions of central nervous system signaling pathways associated with neurodegenerative diseases such as Alzheimer’s disease and stroke.

“An important goal for my laboratory is to investigate the signaling pathways mediated by different types of receptors, especially the metabotropic G-protein-coupled receptors and the ionotropic receptors, associated with generation of second messengers and mobilization of intracellular calcium,” Sun explained. “Current studies in my laboratory are focused on relating these pathways to activation of phospholipases A2 (PLA2), enzymes important in mediating the release of arachidonic acid and biosynthesis of prostaglandins in neurons and glial cells, including astrocytes and microglial cells. Increases in pro-inflammatory cytokines and oxidative stress have been regarded important pathological landmarks of many neurodegenerative diseases.”

As a key member of the MU Botanical Center for Interactive Studies (CBIS), Sun’s research has led her to use cell and animal models to investigate possible anti-inflammatory and anti-oxidant effects of a variety of botanical compounds and extracts. Research in her laboratory is also exploring whether nutritional supplements of these compounds and extracts may elicit neuroprotective effects.

“Our studies employ basic biochemical as well as modern molecular techniques to examine gene and protein expressions,” she continued. “We believe that our effort to better understand the molecular mechanisms underlying signal transduction pathways will contribute to new therapeutic strategies for combating neuronal damage due to stroke, alcoholism and Alzheimer’s disease.”

Sun was awarded the 2012 University of Missouri System President’s Award for Sustained Excellence.  The award recognizes faculty for distinguished career-long, sustained excellence in scholarship, research or creativity, for a period of fifteen or more years.  “Dr. Sun is a major figure in neuroscience nationally and internationally,” said Gerald Hazelbauer, professor and chair of Biochemistry. “She is a moving force in advancing neuroscience on the MU campus.”