Lassaad Lachaal, a Visiting Scholar at the University of Missouri’s Food and Agricultural Policy Research Institute (FAPRI) 1989-1995, has been named Tunisia’s Minister of Agriculture. 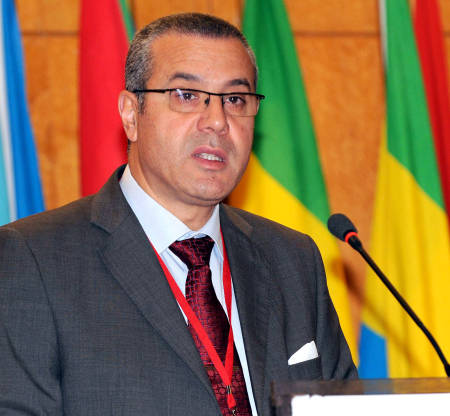 Lahaal is a development practitioner with a background in economics and professional experience with Multilateral Development Banks and United Nations Development agencies, academia and research.

Tunisia: Entering a Period of Change

On Jan. 27, Tunisia’s national assembly approved the country’s landmark new constitution – its first since the ouster of longtime president Zine El-Abidine Ben Ali three years ago. The approval of the new constitution is one of the last steps to establishing full democracy in the North African country, the cradle of the 2011 Arab Spring uprisings that toppled autocratic leaders in one of the most conservative corners of the world.

Tunisia has a long coastline with the Mediterranean Sea. It borders Algeria to the west and Libya to the east. Courtesy CIA Factbook.

Tunisia’s diverse, market-oriented economy has long been cited as a success story in Africa and the Middle East, but it faces an array of challenges during the country’s ongoing political transition. Following an ill-fated experiment with socialist economic policies in the 1960s, Tunisia embarked on a successful strategy focused on bolstering exports, foreign investment and tourism, all of which have become central to the country’s economy. Tunisia is suffering from a water shortage, however.

From 1999 to 2005, he served as the Head of the Agricultural Economics Research Department, University of Tunis, Tunisia. He also worked as a consultant for the UN Food and Agriculture Organization, the International Fund for Agricultural Development and the World Food Program.

Lachaal is the second Minister of Agriculture to come from MU. Lee Dong-phil, the Republic of South Korea’s minister, earned his doctorate in Agricultural Economics in 1991.