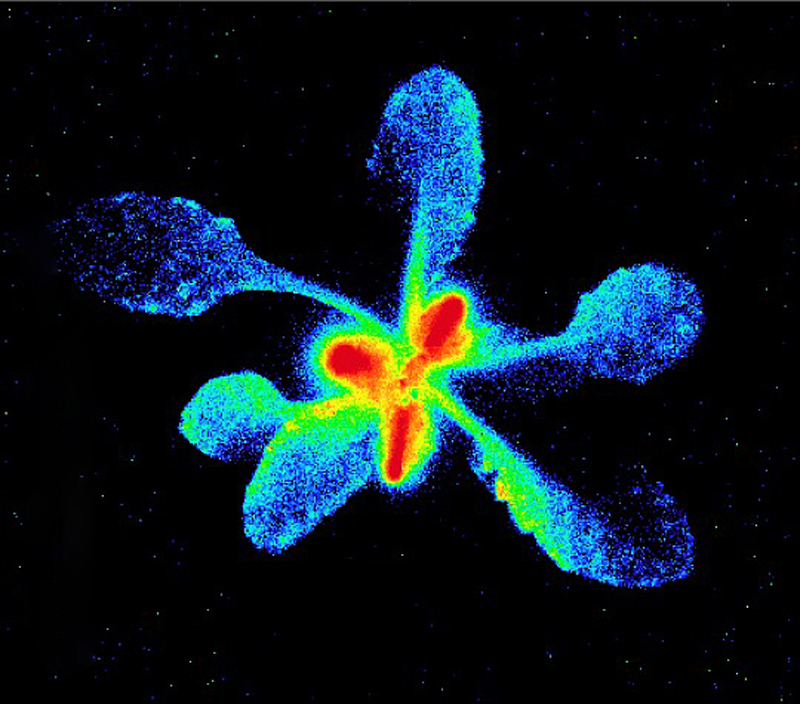 Plant scientists are borrowing a tool from medicine to unravel how plants fight off an attack.

The Schultz-Appel Chemical Ecology lab in Mizzou’s Bond Life Sciences Center used PET scans to decipher how and when a plant uses resources to fight off a disease or insect.

In plants, PET scans shine light on how plants divvy up sugars to protect against attackers.

“Doctors inject radioactive tracers into a patient, and it lights up a tumor on a PET scan because the tumor accumulates a lot of sugar and energy to grow,” said Jack Schultz, director of MU’s Bond Life Sciences Center and professor of plant sciences in the College of Agriculture, Food and Natural Resources. “The question in plants is how and where do sugars travel when young leaves are attacked by a pest.”

Young leaves are of particular interest.

They attract pests because they are full of the nutrients while also being more vulnerable to attack. These youngsters can’t photosynthesize enough sugar to build chemical defenses for themselves, so they get sugars elsewhere through the phloem, part of the plant’s transportation system. 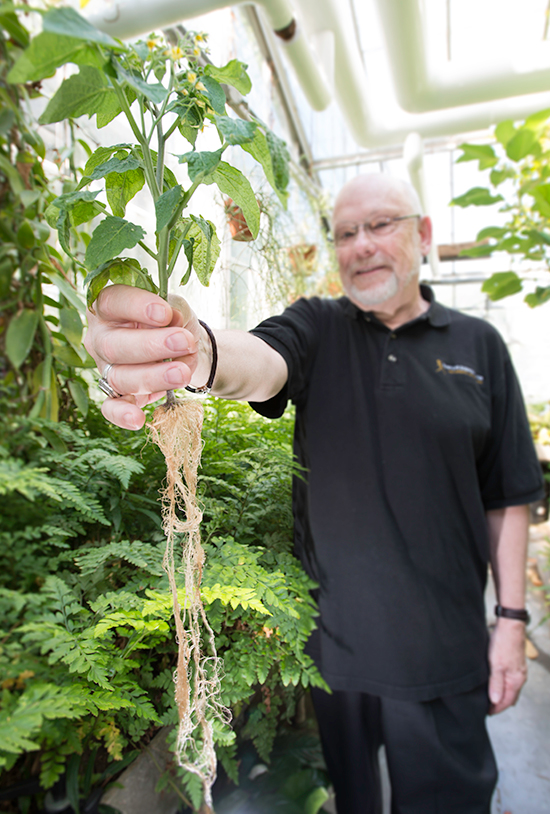 Roots play a key role in regulating where sugar ends up in plants like tomato.

“Think of phloem as a tube with ports for the leaves,” Schultz said. “Older leaves are almost always making sugars, loading them into the phloem where they are transported to various places.”

Abbie Ferrieri, a former doctoral student in Schultz’ lab, wondered if these old leaves were supplying young leaves directly or otherwise. Using Arabidopsis thaliana, she worked with Brookhaven National Laboratory to investigate using PET scans. This mustard plant is commonly used as a model in research because of its relative simplicity and the breadth of knowledge about its inner workings.

First, she fed radioactive sugar – 2-[18F]fluoro-2-deoxy-d-glucose – to old leaves on the plant. Then she injured young leaves with a mechanical wheel and introduced methyl jasmonate to the wounds. Methyl jasmonate works as a chemical signal, telling other parts of the plant that an attack is happening.

The researchers took PET scans to determine where these sugars traveled. Ferrieri found that most sugars travel to roots and also to leaves in a line above and below them, a connection called orthostichy, in the injured plant.

But, three hours later, PET scans showed that radioactive sugars migrated to the attacked leaves regardless of whether they were in the same row on the stem. Damaged leaves then used those sugars to make phenolic glycosides, compounds that help defend the leaf.

Root of the Issue

This change in sugar flow and its control is a continuing curiosity that scientists like Schultz want to decipher.

Schultz’ lab knew from previous research that an insect chewing on a young leaf triggered an enzyme called invertase to break down sugars faster and call for more. But, Ferrieri thought roots might play a bigger role in controlling sugar.

To test her theory, she decided to shut the roots of her plants down using ice water.

“Plants are cold-blooded, essentially, so by submerging their roots in a lake of ice water, she found that the roots altered the rates all these things happened,” Schultz said. “You could say the roots are acting somewhat like a brain, controlling how fast carbon is moving from one place to another at any point in time.” 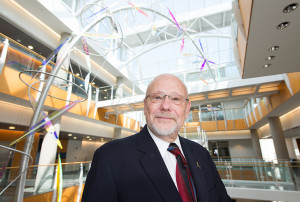 Jack Schultz is director of the Bond Life Sciences Center and a professor of plant sciences in CAFNR.

From Human to Plant

Plant scientists have been playing with radioactive particles for decades. Researchers like Melvin Calvin used radioactive carbon in the 1940s to figure out how plants capture carbon dioxide for photosynthesis.

But, this field focused more on medical applications until the past decade when plant research received renewed interest.

“The focus has changed a bit to move more into general biological and not just nuclear medicine,” said Silvia Jurrison, an MU professor of chemistry who works to find better uses of the technology.

Bond LSC labs – including those of Gary Stacey, Paula McSteen and Jack Schultz – collaborate with Jurrison to use radiotracers to explore plant processes. Jurrison hopes new compounds will make that easier.

“We’re working to develop other fluorinated compounds, such as sucrose, which could be more relevant and useful in studying plants since they use sucrose more readily.”

While research in Schultz’ lab works to explain basic plant processes, it one day could lead to new advancements.

It could help sequester carbon to slow global warming or be used to better protect future crops from pests.

“Plant defense’ effectiveness depends not only on what they are made of, but also how fast and how strongly they can respond. Anything you can understand about how a plant defends itself against pests is potentially useful,” Schultz said.

The Department of Energy’s Biological and Environmental Research division funded this research. Ferrieri now works at the Max Planck Institute for Chemical Ecology in Germany.

Read more about some of this research in the journal Plant Physiology.