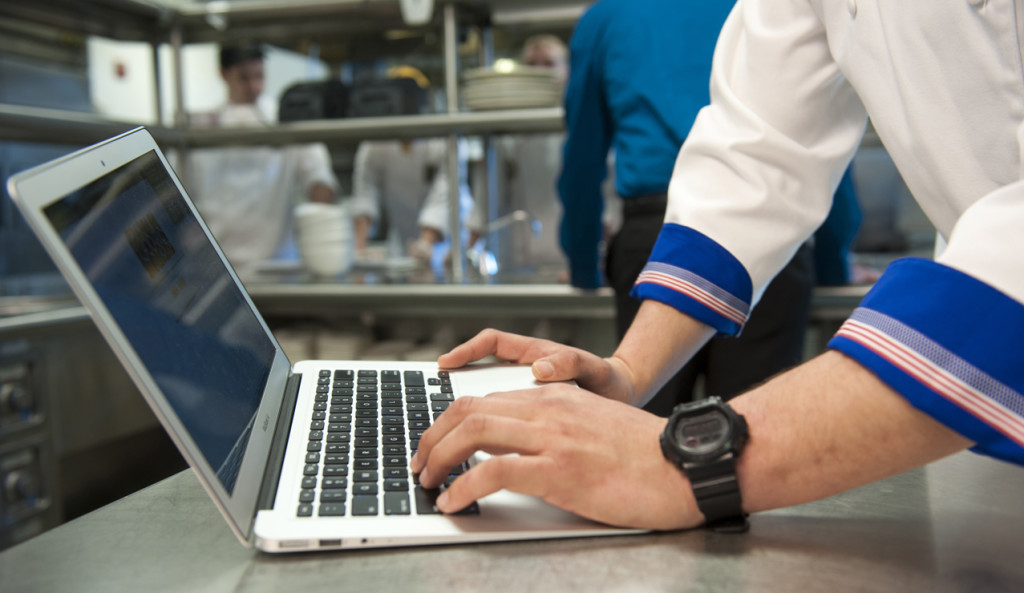 In 2013, the Hospitality Management Program received a $250,000 grant to create an online degree completion program. The department chose the Food and Beverage area as the first of their emphases to develop and launch as an online degree. The program is designed for two primary student target audiences; two-year hospitality and culinary programs in community colleges, and the United States Military’s food service members.

The primary target of this effort is the more than 130,000 service men and women working and living around the globe in food service for the United States Military. Due in part to several Base Alignment and Consolidations, many joint training centers have been established for the military. This program will focus on establishing a working relationship for the Joint Culinary Center of Excellence (JCCoE) at Ft. Lee, Va. JCCoE is the single training location for all basic service and culinary educations for all four service branches of the military. The Navy, Air Force, Army and Marine Corps are currently pushing more than 4,000 students through the program annually. The program provides basic courses, advanced courses and specialty courses for staff of general officers, admirals and White House food service team members.

In cooperation with Community Colleges and the JCCoE, the program will strive to use 1000 and 2000 level hospitality course equivalencies, and approved military training programs, to serve as the difficult to replicate lab courses taught in-residence during the early portions of our Food and Beverage program. The program will conclude with a hybrid capstone course, which will require students to be in-residence for the final week of their MU college experience. All of the offerings in the middle will be an array of self-paced, eight, and 16-week courses taking the standard hospitality management core to a readily accessible audience around the globe.

The grant area was identified by two of the HM faculty members who have been active and reserve/guard members in supply and logistic areas of both the Army and the Navy. Leslie Jett, Ph.D., has been brining Mizzou to the troops since 2003 when he started volunteering to teach short courses and current trends in industry to shipboard members of the U.S. Navy. The program has grown into a strong partnership between the HM program and the Navy and allows Mizzou students (one of two university programs in the country) to join Jett for training and a Thanksgiving Day meal preparations aboard Navy ships during the holiday break. Lt. Jett is a member of the Navy Reserves, Supply and Logistics Community and will deploy in 2014 to Afghanistan on his second tour in five years. Col. Julie Bellemare is a Ph.D. student, working with Jett, to help develop and execute the delivery of the online courses. Bellemare is currently a full-time member of the U.S. Army War College’s Distance Education Program Faculty.

Learn more about the online program at http://hospitality.missouri.edu/undergrad/online.php