Sometimes visitors at the Kansas City Zoo warn Kelsey Goens that there are kangaroos on the loose. She reassures them that no marsupials have escaped. Two dozen or so kangaroos roam the zoo’s Australia section at will during the day.

Kids visiting today’s zoos have a much different experience from what their grandparents may remember of the days when animals lived behind bars. Now you’re more likely to see zoo animals in spacious, open-air enclosures with only a steep-walled moat separating them from the visitors. Or in the case of the kangaroos in Kansas City, there’s no barrier at all. 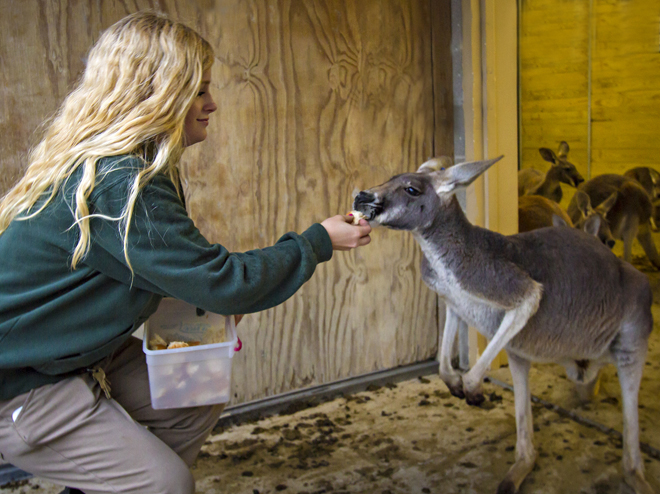 The job of today’s zookeeper is quite different as well. Care of wild animals in captivity is much more sophisticated, and zoos now place a greater emphasis on conservation and education.

A Different Kind of Education

For Goens, a 2013 graduate of the University of Missouri College of Agriculture, Food and Natural Resources, getting a job at a zoo was a dream come true. Caring for wild animals, whether in a zoo, wildlife conservation center or other facility is a demanding job. Goens spends her workday feeding and checking on the animals, administering medications, speaking to visitors and doing lots and lots of cleaning. But for people like Goens who have a lifelong love of animals, it’s a popular field. There might be dozens of applicants for a single opening.

What gave Goens a competitive edge—on top of her obvious dedication and enthusiasm—was her minor in captive wild animal management (CWAM).

MU’s minor in captive wild animal management (CWAM) is a partnership of the Division of Animal Sciences and the Department of Fisheries and Wildlife Sciences. Students minoring in CWAM take courses in those units as well as in the Division of Biological Sciences.

As a result, students minoring in captive wild animal management gain an unusual array of skills and knowledge, says Trista Strauch, assistant teaching professor and coordinator of the minor. Other key faculty involved in the development of the minor include Mark Ryan, director of MU’s School of Natural Resources, and Jim Spain, a professor of dairy nutrition and MU vice provost for undergraduate studies. 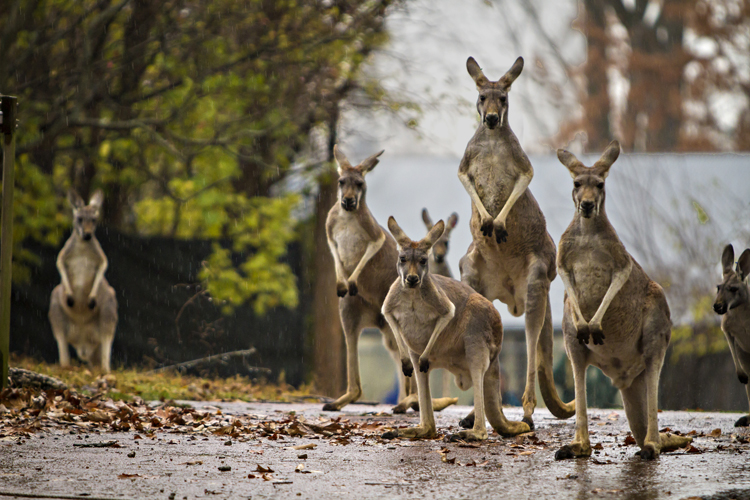 “The minor allows students to put together lots of different facets of whole-animal biology,” Strauch says. “Then they get to think about how to put all of that together to manage these animals that aren’t in their natural habitat.”

A key part of the curriculum is a required internship at an approved site such as a zoo, veterinary clinic or conservation facility. This gives students a real idea of what working in their chosen field will be like and demonstrates to prospective employers that graduates have had some professional experience.

Goens held internships at several locations, including Dickerson Park Zoo in Springfield, Mo., and the Kansas City Zoo, which then offered her a seasonal position right after graduation. A few months later she was promoted to full-time zookeeper.

Other students minoring in CWAM have gone on to train as veterinarians or go to graduate school to pursue a career in research. Still others have embarked on careers in conservation or agriculture.

“I like that they aren’t so narrowly focused that their career opportunities are limited,” Strauch said. “These students also have a degree in animal sciences, biological sciences, or fisheries and wildlife sciences. There are a lot of other things they are trained to do.”