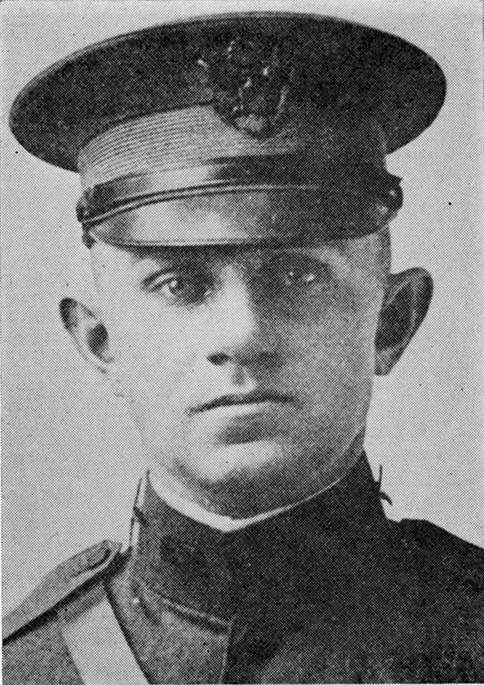 Today, the University of Missouri’s Memorial Union is a campus icon that remembers soldiers who died in battle. The concept came from a poem written by a MU College of Agriculture graduate who perished in World War I.

Robert McGhee “Peaches” Graham (1892 – 1918) and his Army friends wrote the poem, which calls for the construction of a bell tower on the MU campus to memorialize the University’s war dead. His poem also suggested naming MU’s football stadium Memorial Stadium.

Graham was a native of Montgomery County, Mo. He came from a Scottish pioneer family who ran farms on land originally owned by Daniel Boone. Family orchards earned him his nickname while attending Mizzou from 1911 to 1915.

Graham is said to have been one of the most popular students on campus, active in student life and bubbling with ideas to improve his school. He played center during his senior year as a varsity football player.

After earning his Bachelor of Science degree from the College of Agriculture he began graduate work in the school’s Department of Veterinary Medicine, intending to earn his living as a veterinarian. He left MU to return home and run one of the family farms.

To the Killing Fields of France

Farmers were excluded from service in World War I, but Graham turned down that exemption and enlisted in August 1917. He was commissioned as a captain in the U.S. Army, and his regiment was sent to France in 1918 where he wrote the poem. He mailed the manuscript back to MU faculty with a plea not to forget the soldiers.

Graham was killed in action while patrolling enemy lines at St. Pie on July 27, 1918. He was one of at least a dozen MU College of Agriculture graduates killed in the Great War, according to MU records.

His body was returned to Missouri where more than 3,000 people attended his funeral. The University honored the fallen solider by naming one of its dormitories in the Pershing Residence Hall group as Graham Hall. 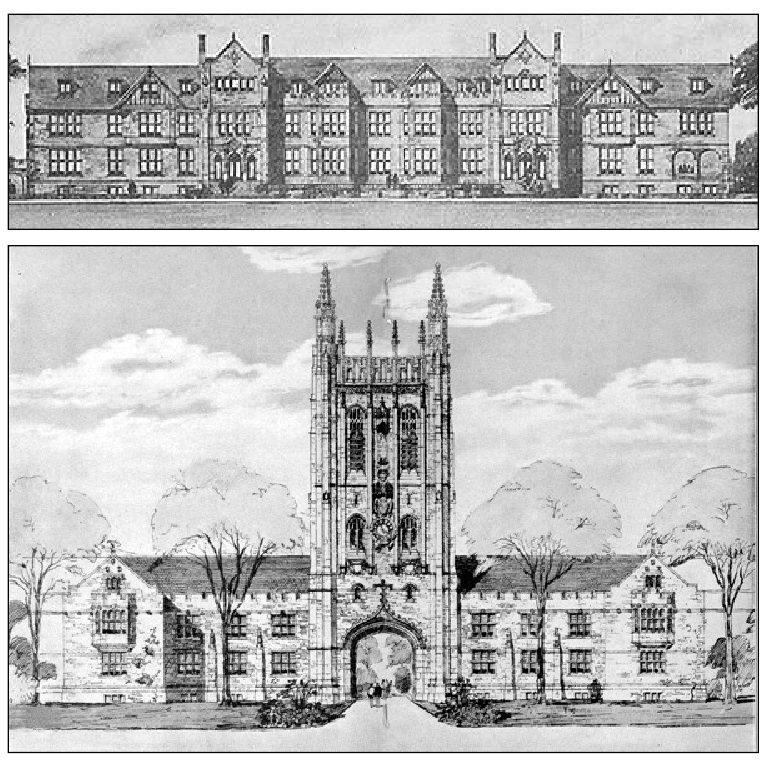 A Memorial is Born

Following the “War to End All Wars,” a patriotic movement swept across American college campuses to honor students who fought and died in the war. In his 1919 commencement address, Walter Miller, Dean of the MU Graduate Faculty, read Graham’s poem and called for it to be the roadmap for the construction of a memorial dedicated to Missouri’s deceased sons.

A Memorial Building Committee made up of MU faculty, staff and administrators raised support and funds for the memorial. Pre-war plans for a “Missouri Union” were changed to “Memorial Union.” A central bell tower and spires as described by Graham’s poem were incorporated into the redesign, as were two wings commemorating the university’s fallen soldiers and sailors.

Graham’s poem also called for a “Memorial Stadium” to be built.  MU’s new football stadium was named that in 1926.

The first phase of construction of Memorial Union was the bell tower, completed in 1926. The Great Depression and legal entanglements halted construction of the remainder of the union. The north wing, A.P. Green Chapel and south wing were not finished until 1952, 1959 and 1963, respectively. MU honored the 117 men who died in World War I by carving their names and a dedicatory inscription on the north and south walls of Memorial Tower’s arcade. 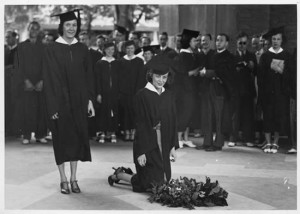 Shortly after the tower’s completion, graduating seniors initiated a commencement exercise of placing a wreath on the arcade’s floor in memory of the fallen soldiers and sailors. This tradition has long lapsed, but students, staff and faculty are encouraged to continue to honor the men by removing their hats and speaking in hushed tones when passing through the tower’s arcade.

Since its completion, Memorial Union has continued to honor Missouri men and women serving in the U.S. armed forces. In 1952, the newly completed north wing of Memorial Union was dedicated to the 328 students who lost their lives in World War II. Bronze plaques inscribed with their names are in the north wing’s foyer. Another plaque, located next to the stairwell in Tower Lounge, commemorates students, faculty and staff who died in U.S. wars and conflicts from 1945 to 1996. The hallway perpendicular to this is dedicated to students who sacrificed their lives since the 1990s. 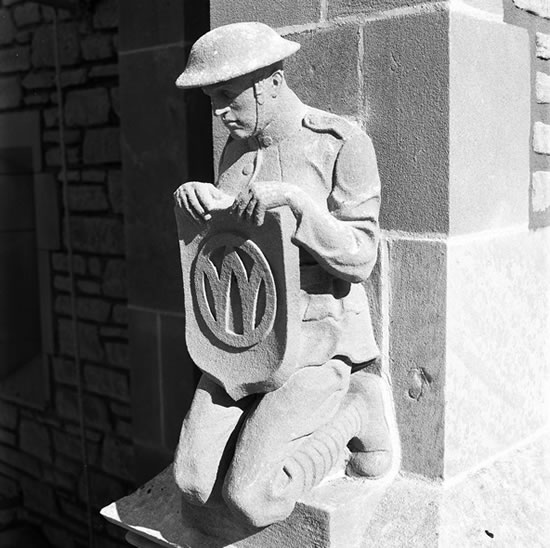 By Robert “Peaches” Graham and his “Buddies”

Build ye for us an ashlar tower
Four square, with high borne spires;
We ask no more, who died, mayhap in vain.
Braving the blasts of Hate’s Hell-fires.

Build ye for us a rough-hewed tower
With spires that point to Heaven and God;
Such our fate befits, who died
Nor winced neath War’s hot chastening rod.

Build not for us “Memorial Halls,”
Where joy-filled crowds shall dance and sing
Neath War-sad trophies hung ’round the walls,
Thoughtless of us, and pangs of battle’s sting.

Build ye for us a Stadium grand
To view thy school-days’ mimic wars;
Who traffics with our fearful fate
Degrades a holy cause.

Build ye for us a “sacred” shaft,
With spires that point to Heaven and God;
‘Tis all we ask, who died—
Who fell neath Hell’s death dealing rod.

And ye who thread the “Needle’s Eye,”
In base of this rough shaft,
Salute the shades enshrined here;
We, for you, have gall and wormwood quaffed. 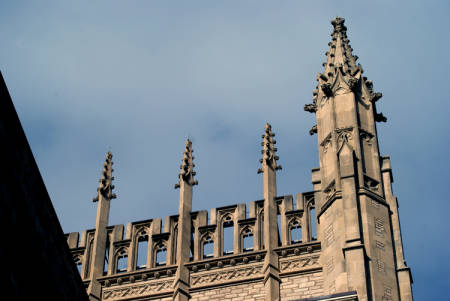