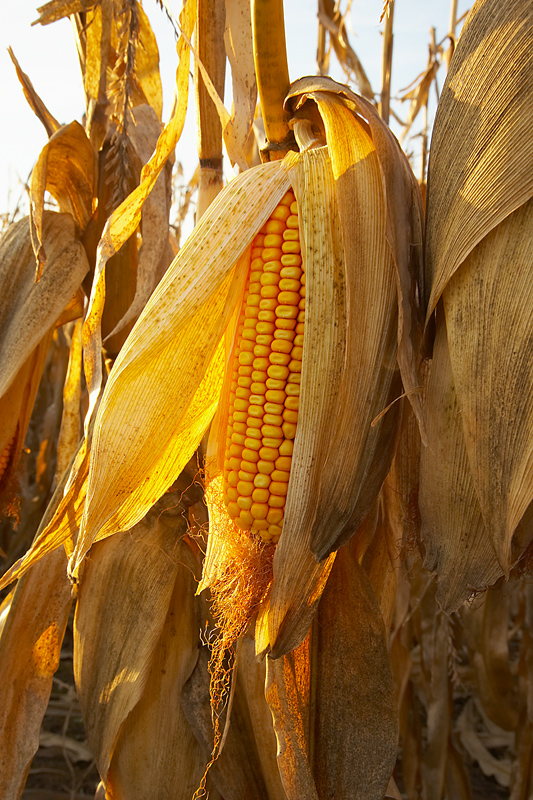 Missouri corn yields are surprisingly good overall, despite late planting and a lack of rain during critical growing times.

“The corn really pulled through and did really well due in part to cooler conditions in the summer,” says University of Missouri Extension corn specialist Brent Myers.

According to the Nov. 4 USDA crop report, 82 percent of the state’s corn crop had been harvested. Farmers had been stepping up harvest work to get crops out before the onset of wet conditions this week.

Wet fields in spring pushed planting to mid-June in some areas. Some late-planted corn didn’t pollinate as well as early corn, resulting in marked yield variances. But some producers claim late-planted corn was some of their best. “This indicates how sensitive corn can be to conditions at pollination,” Myers said.

“Some later-planted corn didn’t pollinate well and was developing in the drought period,” he said. “In the northeast region there was some 100-bushel corn, but lots of really good yields.”

Studies by MU Extension specialist Bill Wiebold show that yields drop by as much as 40 percent if corn is not planted by June 19.

This is especially obvious in southwestern Missouri, where record rains forced widespread replanting. Harvest is still underway there, and yields are expected to be lower than normal. An Oct. 28 USDA field crops report said harvest progress statewide is right on track with historical averages.

Northwestern Missouri producers are reporting average yields of 200 bushels per acre. The average includes reports from the Albany area, where snow fell days after corn had been planted. Damage during seed imbibition reduces corn stand and makes it more susceptible to pathogens. Corn yields from one snow-impacted study averaged 104 bushels per acre.

USDA reports that 3.45 million acres were planted in corn. Missouri ranks 12th in the nation in corn production.