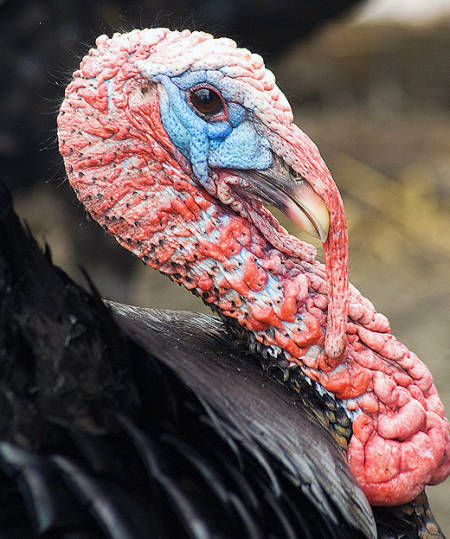 It is said that turkeys are so stupid that they’ll look up when it rains and drown. Well, they’re not quite that stupid, but pretty darn close. The domesticated turkey will panic at the least little thing.

“If a plane flies over, the birds think it’s a hawk. They all run in one direction, generally, and they’ll actually pile up into the fence and crush each other,” said Jeffre Firman, professor of animal sciences in the University of Missouri College of Agriculture, Food and Natural Resources.

“You have to build the fence on the outside of the posts and leave it loose at the bottom so the fence can break free and allow the birds to scoot under so they don’t pile up as easily.”

Turkeys have been bred in captivity for so many generations they no longer have the survival skills of their wild cousins, Firman said.

“There was a farm in Nebraska that had put out turkeys when they were five to six weeks old. We had a rainstorm where it rained 4 inches in about 15 minutes,” Firman said. “The young turkeys all tried to get under one tree and they lost about 6,000 birds in the space of 15 minutes.”

Domesticated turkeys are weak, fat and not very agile. The good news is they don’t need to be scholars to be a tasty addition to your Thanksgiving meal.