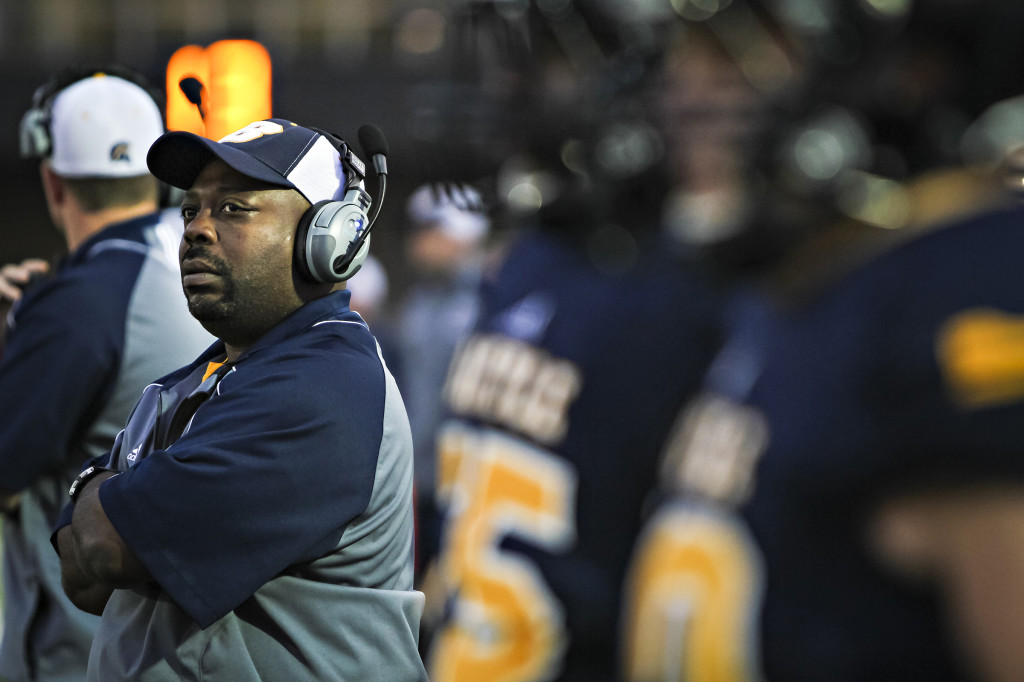 Football has always been a big part of Gary Tyler’s life.

“My wife was in labor with our son Brevinn, now 15, on a Chiefs’ Sunday,” said Tyler, plant sciences computer support specialist. “She told the doctor we had to be done with the delivery before the game started. Brevinn was born shortly before kick-off.”

Tyler grew up in Kansas City, Mo., where he played football, basketball and ran track in high school. He attended DeVry University, where he received a B.S. in networking and communications. The family moved to Columbia in 2004, where Tyler has been working for MU ever since.

“The whole family was supportive of the move,” Tyler said. “I love the college atmosphere and the town of Columbia. The whole family loves the smaller size compared to Kansas City.”

Brevinn grew up with his father’s passion for football. He has been throwing the ball around since age 2. Tyler coached him through youth football. Brevinn is now the quarterback for the Battle High School Spartans, with his father still close by — on the Battle coaching staff.

“We were all excited about Battle,” Tyler said. “New traditions, records and atmosphere. On the other hand, everything new can be a challenge. Having all new kids, staff and facilities has been challenging as everyone continues to learn how to be cohesive.”

Only two of the Battle football coaches have previous experience in the Columbia School District, one at Hickman and one from Rock Bridge. The Battle Spartans have a 3-1 record and will play five more games before the end of the regular season.

“The fan base has been amazing,” Tyler said. “There is an average of 2,000 fans a game. Battle High School has given us tons of support as well.”

“My favorite part is seeing the kids grow in their athletic ability and as young men,” Tyler said. “It is about seeing the boys achieving goals and gaining confidence.”

Tyler said he will continue to coach for Battle High School after Brevinn graduates.

“I am thrilled that CAFNR is so flexible and allows me the opportunity to coach,” Tyler said. “They encourage us to do things outside of work. The staff development group has been fantastic.”