Meteorologists often use information about warm and cold fronts to determine whether or not a tornado will occur in a particular area. Now, a University of Missouri researcher has found that the temperature of the Pacific Ocean could help scientists predict the type and location of tornado activity in the United States.

Laurel McCoy, an atmospheric science graduate student at the MU School of Natural Resources, and Tony Lupo, professor and chair of atmospheric science in the College of Agriculture, Food and Natural Resources, surveyed 56,457 tornado-like events from 1950 to 2011. They found that when surface sea temperatures were warmer than average, the U.S. experienced 20.3 percent more tornados that were rated EF-2 to EF-5 on the Enhanced Fuijta (EF) scale. (The EF scale rates the strength of tornados based on the damage they cause. The scale has six category rankings from zero to five.) 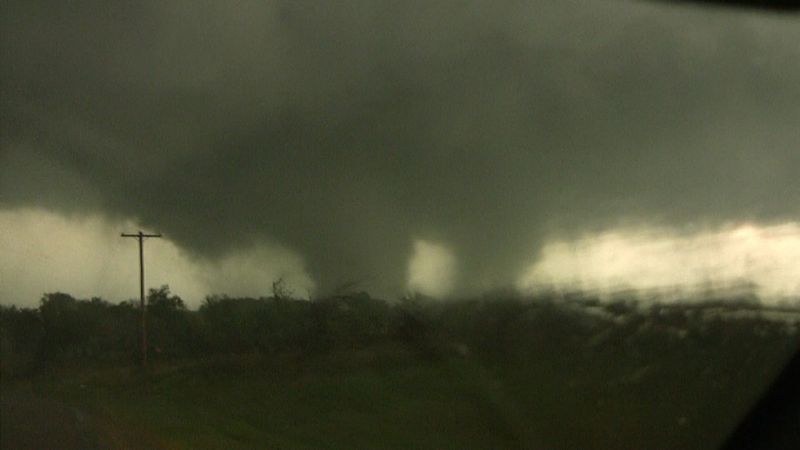 McCoy and Lupo found that the tornados that occurred when surface sea temperatures were above average were usually located to the west and north of tornado alley, an area in the Midwestern part of the U.S. that typically experiences more tornados than any other area. McCoy also found that when sea surface temperatures were cooler, more tornadoes tracked from southern states, like Alabama, into Tennessee, Illinois and Indiana.

“Differences in sea temperatures influence the route of the jet stream as it passes over the Pacific and, eventually, to the United States,” McCoy said. “Tornado-producing storms usually are triggered by, and will follow, the jet stream. This helps explain why we found a rise in the number of tornados and a change in their location when sea temperatures fluctuated.”

In the study, McCoy and Lupo examined the relationship between tornadoes and a climate phenomenon called the Pacific Decadal Oscillation (PDO). PDO phases, which were discovered in the mid-1990s, are long-term temperature trends that can last up to 30 years. According to NASA scientists, the current PDO phase has just entered into a “cool” state.

“PDO cool phases are characterized by a cool wedge of lower than normal sea-surface ocean temperatures in the eastern Pacific and a warm horseshoe pattern of higher than normal sea-surface temperatures extending into the north, west and southern Pacific,” McCoy said. “In the warm phase, which lasted from 1977 to 1999, the west Pacific Ocean became cool and the wedge in the east was warm.”

Another Tool to Save Lives

In 2011, more than 550 deaths occurred as a result of tornadoes, resulting in more than $28 billion in property damage, according to the U.S. National Oceanic and Atmospheric Administration. McCoy says that with her findings, officials may be able to save lives in the future.

“Now that we know the effects of PDO cool and warm phases, weather forecasters have another tool to predict dangerous storms and inform the public of impending weather conditions,” McCoy said.

The research will be presented at the National Weather Association Conference this fall.