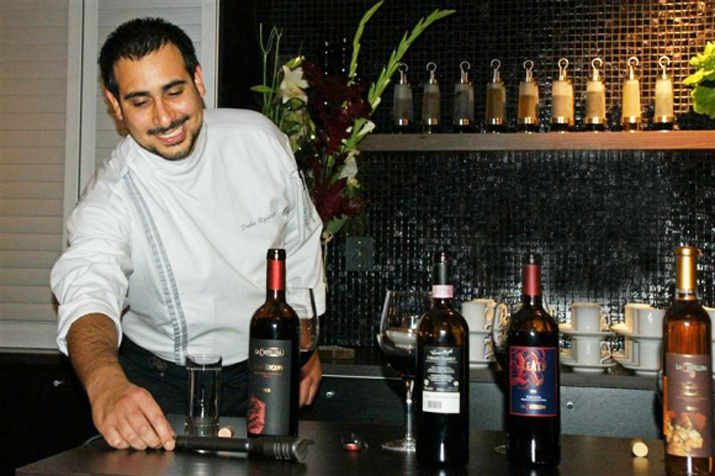 Fabio Ugoletti, who at only 36 years old was one of the youngest Italian chefs to earn a Michelin star, will be the featured guest chef at the Oct. 25 Mizzou Hospitality Management Gala.

A Michelin star is one of the highest recognitions in culinary achievements. The acquisition or loss of a star can have dramatic effects on the success of a restaurant or chef. Michelin publishes the ratings in a series of Michelin Guides spanning several countries.

The gala will begin at 6 p.m. in the Culinary Café in Eckles Hall on MU’s East Campus. The cost to attend is $75 per person or $700 for a table of 10. There will also be a silent auction.

This year’s theme will be the Italian Dinner Table. Joining Ugoletti will be Chef Brian Moxey and Chef Mary Boehne, both Mizzou Hospitality Management alumni.  Chef Moxey is in his second year as the Executive Chef of Pasteria in Clayton, Mo., after attending culinary school and working for famed culinary chefs like Tom Colicchio in New York City.  Chef Boehne traveled the globe honing her pastry skills before accepting a position as the Pastry Chef with Four Season’s Cielo Restaurant in St. Louis. 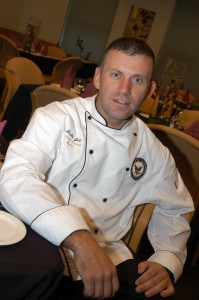 A native of Parma, one of Italy’s most celebrated cradles of Italian gastronomy, Ugoletti’s culinary experience spans 20 years and has been practiced in notable restaurants and luxury hotels all over the world, said Chef Leslie Jett, Hospitality Management executive chef and assistant teaching professor. These include Le Cirque 2000 in New York, Michelin-starred al Gallopapa in the Sienese countryside, Shangri-La hotels in China and Il Salviatino hotel in Florence.

Chefs Jett, Moxey, Boehne and Ugoletti will each create a featured course. An appetizer course will be created by MU students.

Ugoletti has taught and promoted Italian cuisine abroad during events sponsored by the Italian Trade Commission and consulates. He obtained the first level of the AIS sommelier certification and began teaching at Apicius International School of Hospitality in 2011. Apicius hosts Mizzou students each summer for culinary and hospitality study abroad programs and Italian hospitality management internships.

Tickets can be purchased here.