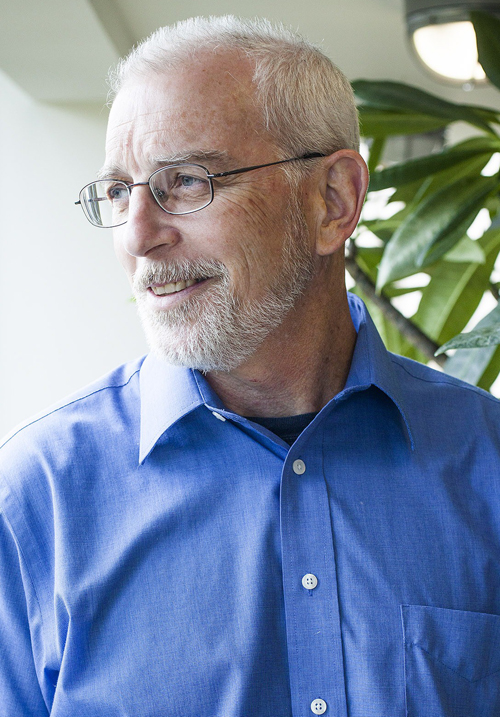 Michael Gold, associate director in the Center for Agroforestry in the School of Natural Resources, has been appointed education facilitator for Mizzou Advantage. He joins Mike McKean, director of the Reynolds Journalism Institute Futures Lab, who was named facilitator for the Media of the Future area.

The appointments are designed to enhance Mizzou’s collaborative, interdisciplinary culture. Since 2010, four key areas of strength have been collectively known as the Mizzou Advantage: One Health, One Medicine; Sustainable Energy; Media of the Future; and Food for the Future. Nearly 100 research projects involving approximately 400 faculty members and hundreds of students across campus have been spearheaded by a facilitator in each of the four areas in addition to a facilitator that oversees an educational component.

As the education facilitator, Gold will work with MU faculty to develop new interdisciplinary instructional programs for each Mizzou Advantage area, add value and position graduates for professional success, develop courses for the certificate programs while complementing the traditional academic majors, and align Mizzou Advantage instructional activities with the University’s mission, including the exploration of alternative delivery methods such as hybrid and 100-percent online courses.

“It’s an important turning point for Mizzou Advantage as we move into a new academic year,” said Brian Foster, MU provost. “We have hired people who can help move Mizzou Advantage to the next step, including applying for grants from government agencies and focusing on the most rapidly changing jobs in our economy’s future. We want to prepare our students for tomorrow’s jobs and give our faculty the tools to solve the problems of the future.”

A Passion for Mizzou

“Michael Gold has a passion for Mizzou Advantage and understands the big picture,” Foster said. “He has a dynamic understanding of how the education component fits with Mizzou Advantage. In the future, we would like to have a set of educational elements that will prepare our students to be successful in the ever-changing areas of Mizzou Advantage. We need students who can be adaptive in these environments, and I believe Michael can help our students achieve that goal.”

“Overall, we want to maximize MU’s potential by bringing together resources and innovative educational materials, reaching beyond the borders of Columbia to include students and adult learners worldwide via online courses,” Gold said. “Currently, we’re hoping to expand our educational opportunities and reach out to the business sector for funding, especially since many industries will benefit from the end results of Mizzou Advantage.”

As the facilitator for Media of the Future, McKean will be responsible for developing interdisciplinary projects that involve journalism and bringing together faculty from other disciplines, on and off campus.

Gold received his bachelor’s degree in forestry with honors in 1975 from Michigan State University (MSU). He received his doctoral degree in forestry from MSU in 1984. After receiving his degree, Gold become a forestry professor at MSU in 1984 and taught there until he left for MU in 1998. Gold has been teaching agroforestry at MU for 15 years and has won awards for his research and outreach efforts, including the USDA NCR-SARE Paula Ford Professional Development Program Proposal of the Year in 2013. In addition, he serves as the associate director of the MU Center for Agroforestry.