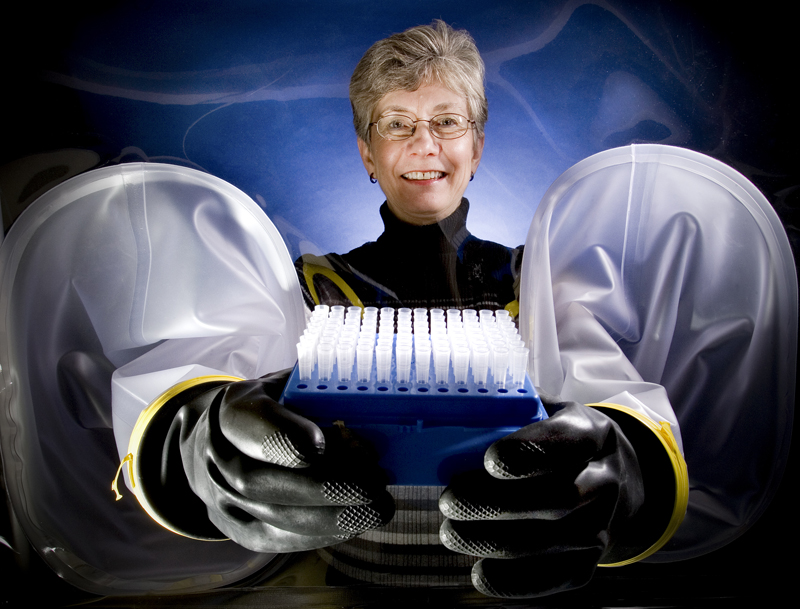 Judy Wall, professor of Biochemistry, was named a 2013 Curators’ Professor, the University’s highest and most prestigious rank. These professorships acknowledge outstanding scholars with established reputations from the entire University of Missouri system.“It is particularly impressive that for a second year in a row a Biochemistry faculty member has been chosen for this honor,” said Jerry Hazelbauer, professor and chair of Biochemistry. “It is a visible confirmation of the quality of our faculty.”

Curators’ Professors are designed to be a resource to the entire University through teaching, scholarship, service and outreach activities. Appointments are for five years.  The appointment recognizes exemplary service, research and contributions to the University. This year only three MU faculty members received this honor.

Wall has been a Biochemistry faculty member for over 35 years.  She is an international leader in environmental microbiology.  Her prominence resulted in her appointment as Editor-in-Chief of the leading journal in that discipline as well as service on multiple national and international committees focusing on the environment, bioenergy and biotechnology.

Her laboratory studies metabolism of toxic metals by bacteria that could contribute to the bioremediation of contaminated soils and groundwater.

Wall has been a member of Working Group for EU-US Environmental Biotechnology Taskforce for developing opportunities for early career scientists since 1996. She was a member of the advisory board to MU’s NSF-funded ADVANCE program, 2007-2010.

In 2012, Biochemistry Professor and Chair Gerald Hazelbauer was named a Curators’ Professor.