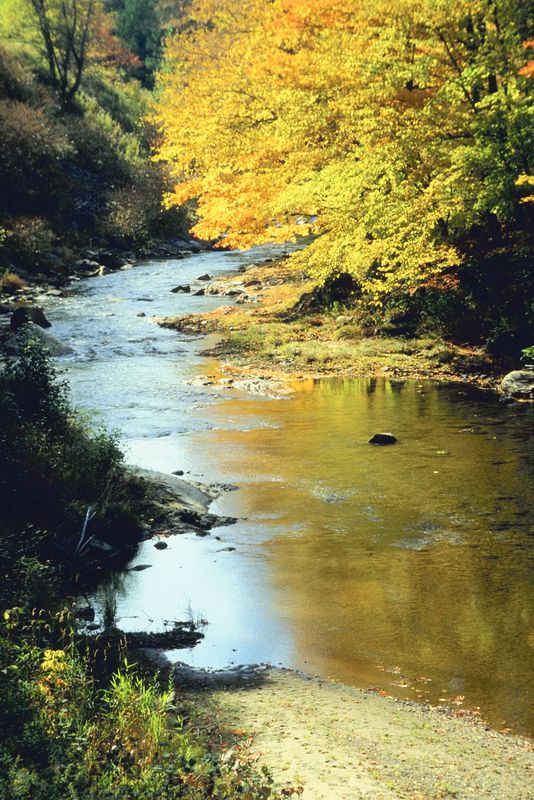 Nitrogen fertilizer costs U.S. farmers approximately $8 billion each year, and excess fertilizer can find its way into rivers and streams, damaging the delicate water systems. Now, a discovery by a team of University of Missouri researchers could be the first step toward helping crops use less nitrogen, benefitting both farmers’ bottom lines and the environment.

Gary Stacey,  professor of plant sciences in the College of Agriculture, Food and Natural Resources, and an investigator in the MU Bond Life Sciences Center, found that crops, such as corn, are “confused” when confronted with an invasive, but beneficial, bacteria known as rhizobia bacteria. When the bacteria interact correctly with a crop, the bacteria receive some food from the plant and, simultaneously, produce nitrogen that most plants need.

In his study, Stacey found that many other crops recognize the bacteria, but do not attempt to interact closely with them.

The journal Science published the research this month.

“The problem is that corn, tomatoes and other crops have a different response and don’t support an intimate interaction with the rhizobia, thus making farmers apply larger amounts of nitrogen than might otherwise be necessary,” Stacey said. “Scientists have known about this beneficial relationship since 1888, but it only exists in legume crops, like soybeans and alfalfa. We’re working to transfer this trait to other plants like corn, wheat or rice, which we believe is possible since these other plants recognize the bacteria. It’s a good first step.”

When legumes like soybeans sense a signal from the bacteria, they create nodules where the bacteria gather and produce atmospheric nitrogen that the plants can then use to stimulate their growth. This reaction doesn’t happen in other plants. 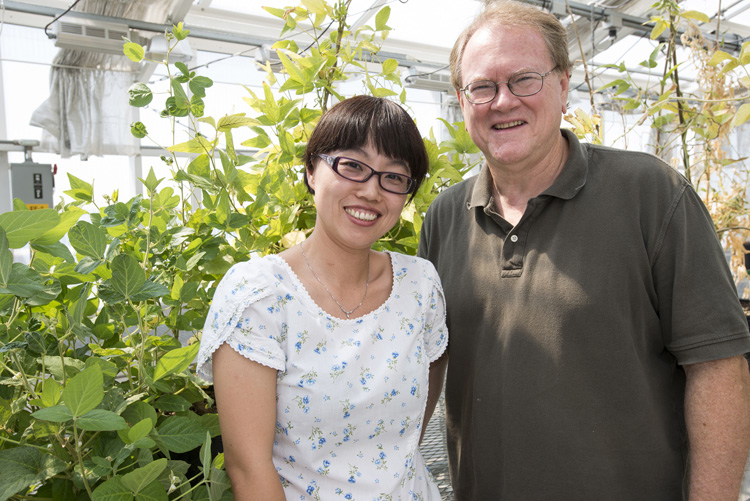 “There’s this back and forth battle between a plant and a pathogen,” said Yan Liang, a co-author of the study and post-doctoral fellow at MU. “Rhizobia eventually developed a chemical to inhibit the defense response in legumes and make those plants recognize it as a friend. Meanwhile, corn, tomatoes and other crops are still trying to defend themselves against this bacteria.”

In the study, Stacey and Liang treated corn, soybeans, tomatoes and other plants to see how they responded when exposed to the chemical signal from the rhizobia bacteria. They found that the plants did receive the signal and, like legumes, inhibited the normal plant immune system. However, soybeans, corn and these other plants don’t complete the extra step of forming nodules to allow the bacteria to thrive.

“The important finding was that these other plants didn’t just ignore the rhizobia bacteria,” Stacey said. “They recognized it, but just activated a different mechanism. Our next step is to determine how we can make the plants understand that this is a beneficial relationship and get them to activate a different mechanism that will produce the nodules that attract the bacteria instead of trying to fight them.”

The study was funded by a grant from the U.S. Department of Energy. More information about this research is available here.