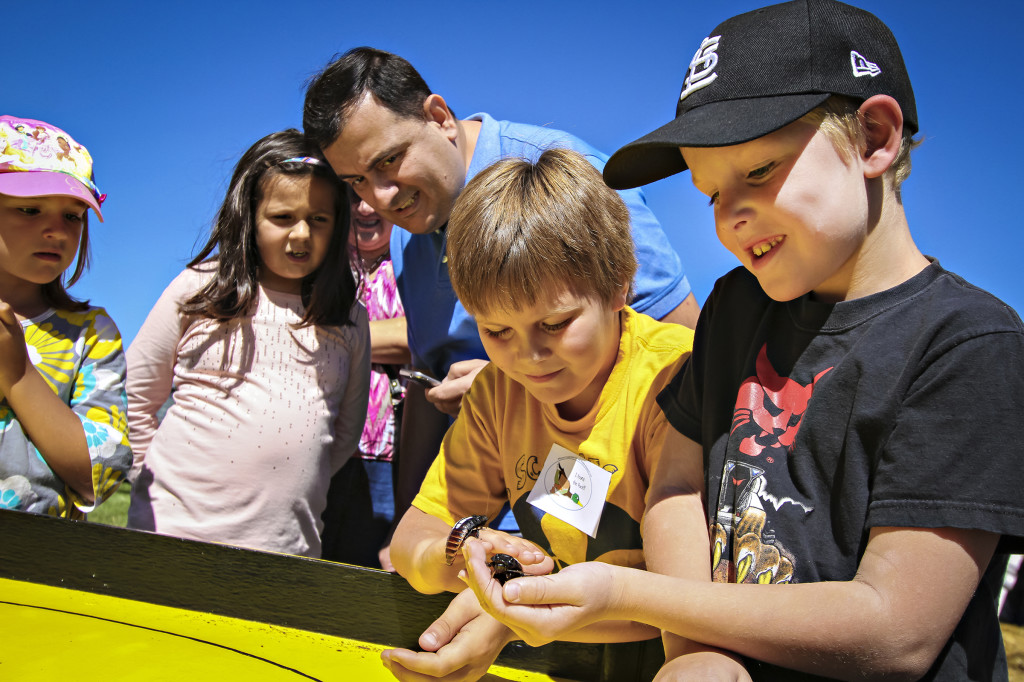 On the first day of the fall season upwards of 9,000 people visited the seventh annual South Farm Showcase. The South Farm Research Center, located on the southeastern edge of Columbia, hosted the family-friendly event on September 21.

Hay bale-lined wagons transported guests to the many attractions located across the research center owned by the MU College of Agriculture, Food and Natural Resources.

One of the more popular stops was the sport fields where guests could sink a putt on a green, hone their soccer skills or run the bases on grass and artificial turf 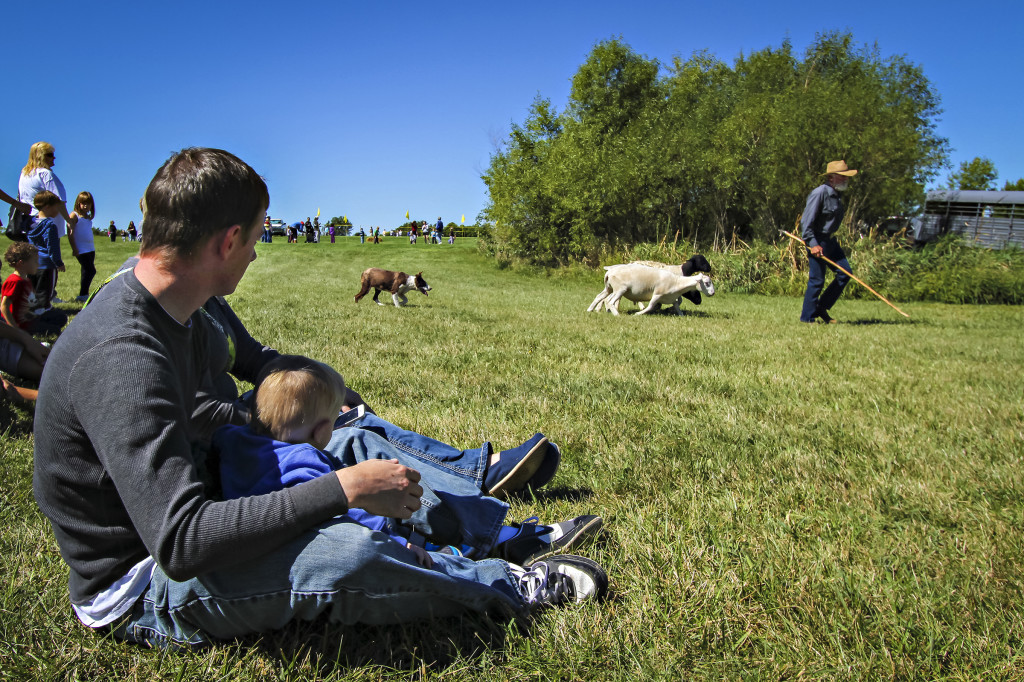 fields managed by MU turf specialists. Nearby, guests worked to find their way out of a corn maze, captured field insects thanks to the help of MU entomologists, saw a portable sawmill in action and witnessed the amazement of Danny Schilling’s Border Collie sheep & duck herding demonstrations.

The heart of the day’s festivities took place at the exhibits on the Main Street area. Guests and foodies were treated to samples of Missouri-made wine, cooked and flavored insects from the MU Entomology Club and several different tomato varieties grown at the nearby Bradford Research Center owned by CAFNR.

A highlight for Tucker Mullins, 7, of Moberly was a chance to run a chainsaw thanks to instruction from Dusty Walter, superintendent at the Wurdack Research Center and director of natural resources management for CAFNR’s out-state research centers. “It was amazing how powerful it was,” said Tucker of the chain saw that for safety reasons the sharp cutting chain was removed. “It was my first time using one. Maybe one day I could be a forester.”

On the eastern edge of the research center, animals were the draw. A petting zoo featured newborn calves and pigs, chickens and hawks from the local Raptor Rehabilitation Project piqued the interests of children and adults.

“The nice weather really contributed to the great turnout and success of the South Farm Showcase, and our volunteers and MU student organizations did such a 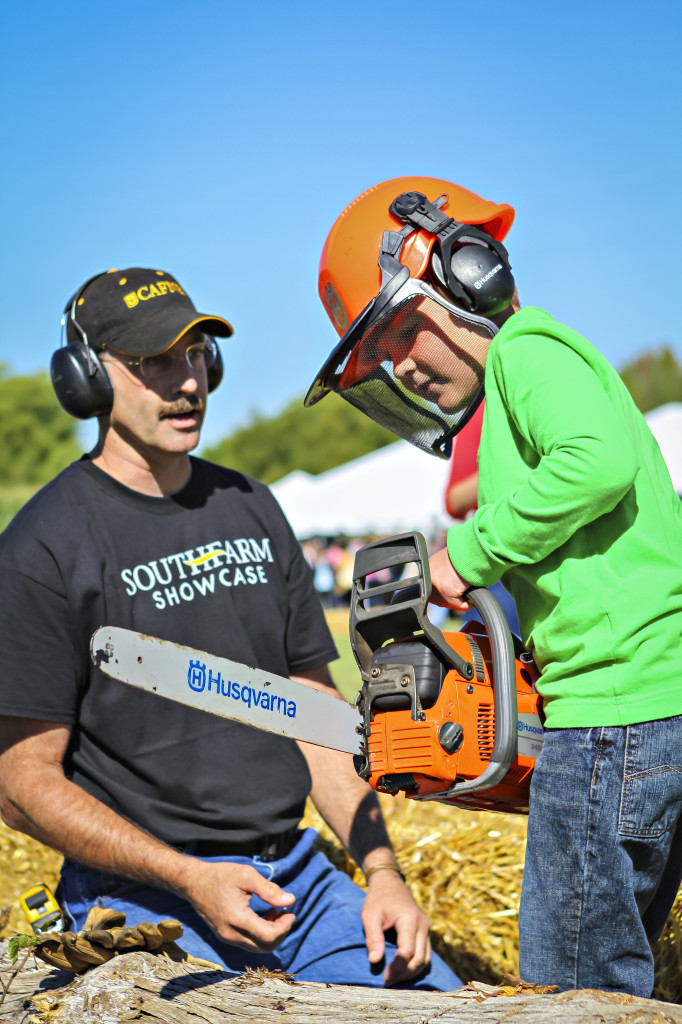 spectacular job of putting on this event and I owe them a depth of  gratitude,” said John Poehlmann, superintendent of the South Farm Research Center. “We also heard from a lot of presenters that they had a lot of great questions and conversations from parents and adults attending. The day also can be educational thanks to all the specialists on hand.”

John adds that on the heels of this year’s success, planning is already underway for next year’s Showcase, scheduled for Sept. 27, 2014.

Each year, the MU College of Agriculture, Food and Natural Resources sponsors the South Farm Showcase as a day of fun for families in Mid-Missouri and to find out what research goes on in their community at the local research center.