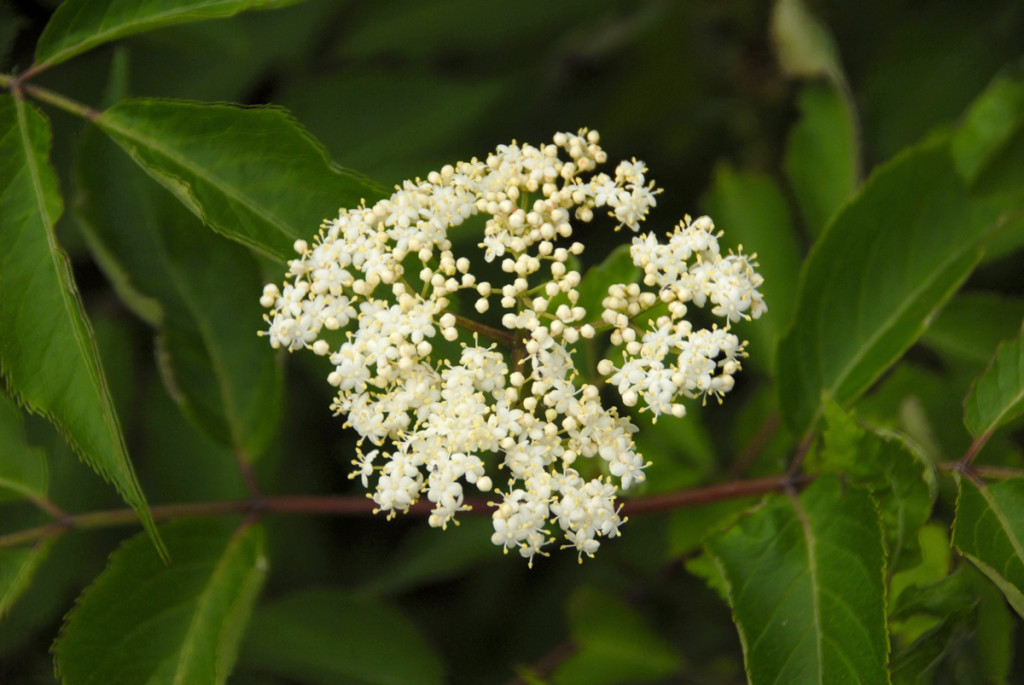 The ancient Greek physician Hippocrates called it the “medicine chest of country people,” and folk healers have used elderberry derivatives to treat colds, flu, arthritis and other diseases since 400 B.C. Does this little berry that grows readily in Missouri really have medical properties that can be documented by science?

Researchers, plant scientists and horticulturists from the University of Missouri recently showcased their work on the berry that is making big news among health researchers during the first International Elderberry Symposium.

The MU researchers think there is evidence that the elderberry can prevent and treat prostate cancer and Alzheimer’s disease. High in antioxidants, potassium and vitamins A, B and C, the purple juice from the berry has also been touted to reduce cholesterol levels and boost the immune system. The National Institutes of Health provides MU with a grant to research the medicinal benefits of the elderberry.

A Visit to the Producers

The symposium highlighted the work on the fruit being done on the MU campus and at the College of Agriculture, Food and Natural Resources’ research centers.  The group also visited Eridu Farms, the Missouri Botanical Garden in St. Louis, and Nature’s Organic Haven and Stone Hill Winery, both of Hermann. In conjunction with MU Extension and USDA, Eridu Farms owner Terry Durham works with about 100 other elderberry producers across the Midwest to produce and market juice, jelly and other products. The berry is used in wine, dietary supplements and food products such as pies and muffins.

Due to research and grower initiatives, Missouri is emerging as a national leader in elderberry development and production, Durham said, noting that in the last three years the largest acreage of improved elderberry has been developed here in the state.

The elderberry plant is a perennial with showy flat cymes of white, fragrant flowers that usually bloom in June. The flowers turn to umbrella-like clusters of tiny purple to black berries in late summer. The leaves are toxic. Durham’s bushes grow 4 feet apart in drip-irrigated sunny areas. The berries must be handpicked and the labor-intensive process generally limits acreages to small plots.

Durham has grown elderberries since 2004 on 37 acres at Eridu Farms and 15 acres on the adjacent Waters Farm. There are about 200 acres of land planted in elderberry in the state, and Durham sees that number increasing as more farmers turn to growing the National Herb Society’s 2013 Plant of the Year.

A Decade and a Half of Research

“Elderberry is an understudied and neglected crop,” Thomas said. “When you look at its antioxidant content it’s nearly off the charts.” He said the elderberry symposium brought together scientists and growers from across the world.

Dennis Lubahn, professor of biochemistry and director of the MU Center for Botanical Interaction Studies, is investigating the elderberry’s potential to fight prostate cancer. Presenting his most recent research at the symposium, Lubahn said preliminary tests show promise that elderberry in high concentrations can inhibit hedgehog signaling, a biochemical process linked to cancer.

Britta Bush of Italy’s Berry Pharma, one of the international attendees at the symposium, said she was impressed by MU’s research and development on the elderberry. She said commercial development of the elderberry in Europe is comparable to the U.S.’s strawberry and blueberry marketing. She said Europe serves the food and medical markets on a much higher level than the U.S., which is just beginning to develop its markets.

James Quinn, MU Extension regional horticulturist, said the international interest in elderberries brought European and U.S. growers together to discuss the similarities and differences between the markets. He said the wine industry has an increasing demand for elderberries that is currently not being met.