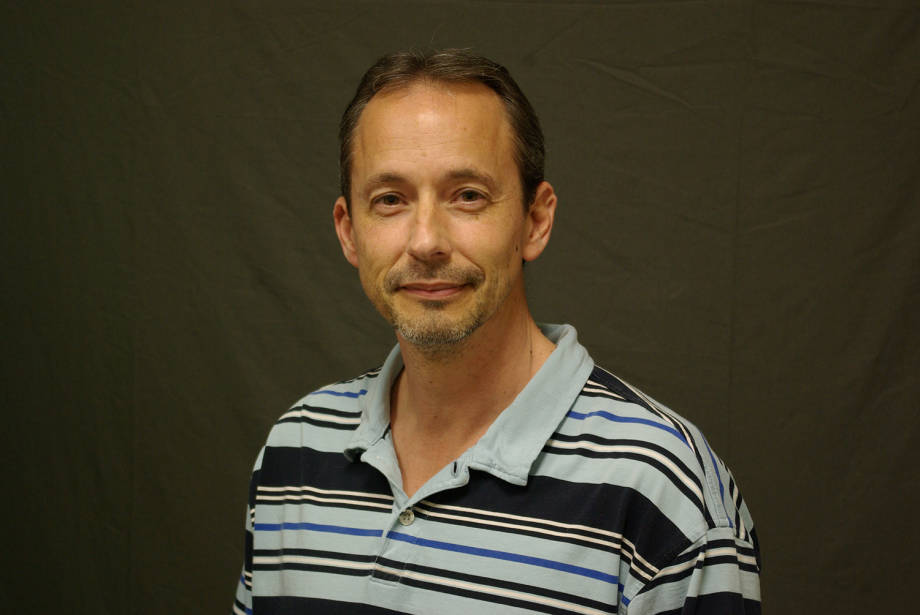 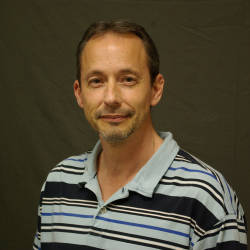 Jackie England, support systems administrator-specialist, animal sciences, was recognized with the Above and Beyond award for December. He was presented with the award, from CAFNR Staff Advisory Council, in May. Jackie was nominated by George Jesse and Doris Lyons. Thanks for all you do for CAFNR, Jackie! 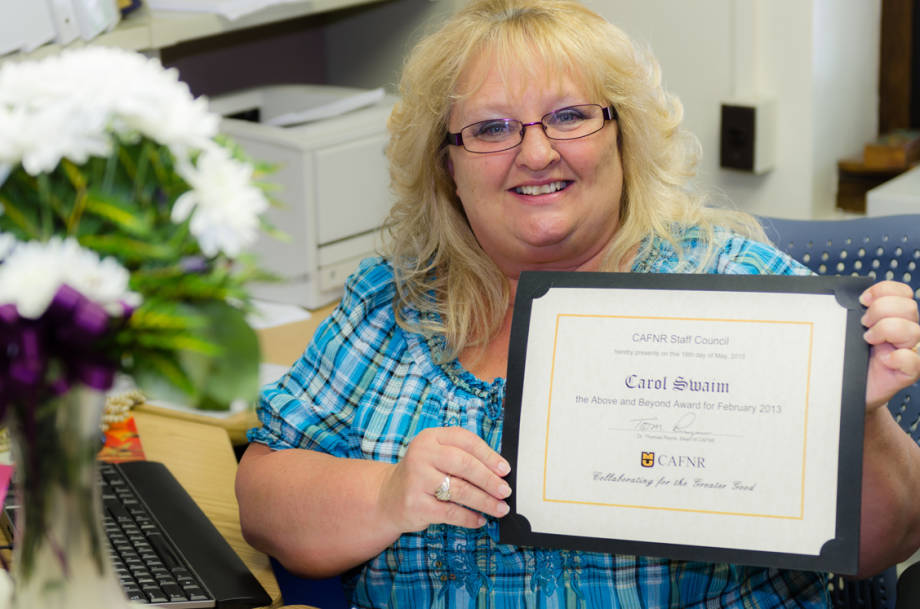 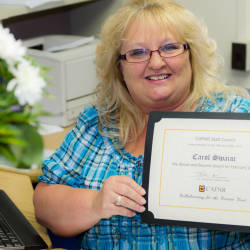 Carol Swaim, administrative assistant, applied social sciences, received the Above and Beyond award for February. CAFNR Staff Advisory Council presented her with the award in May. Sandy Kaiser nominated Carol for the honor. Congratulations Carol -- thanks for all you do for CAFNR! 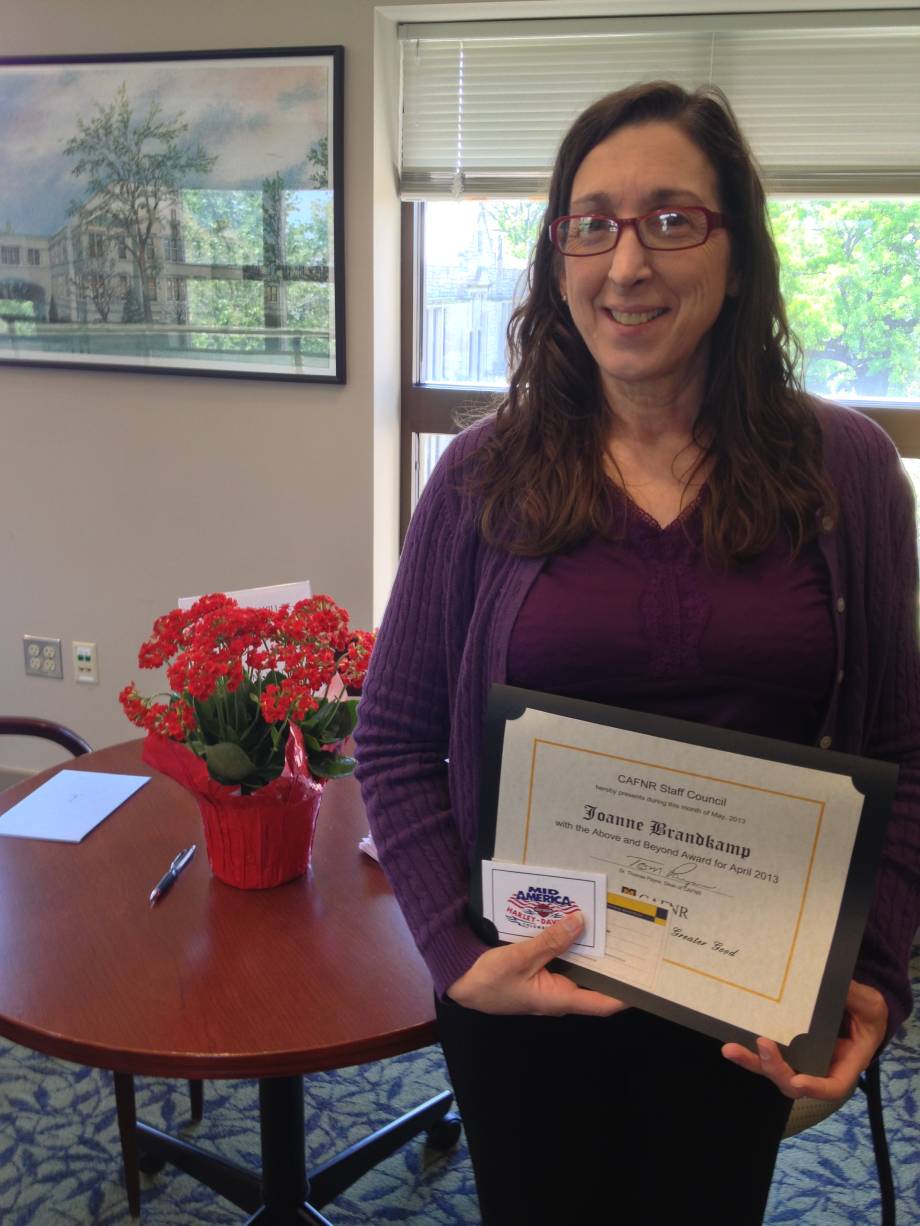 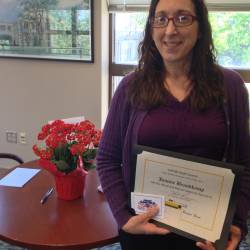 Joanne Brandkamp, administrative associate I, biochemistry, was honored with the Above and Beyond for April. She was nominated by Drs. Brenda Peculis and Frank Schmidt for the honor, given by the CAFNR Staff Advisory Council. Congrats Joanne! Thanks for all you do for CAFNR! 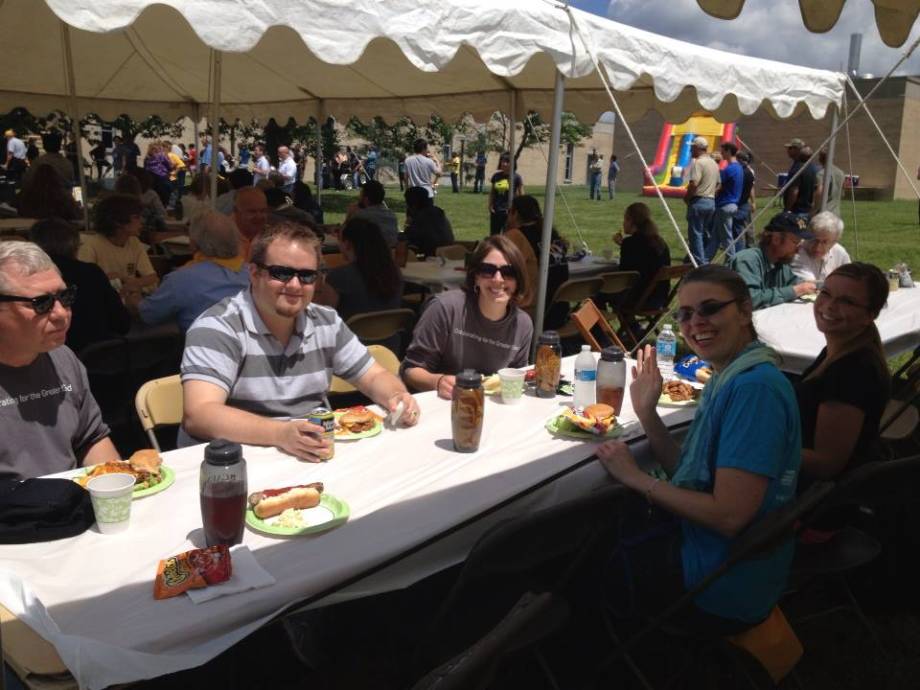 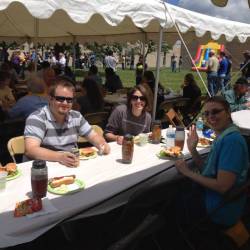 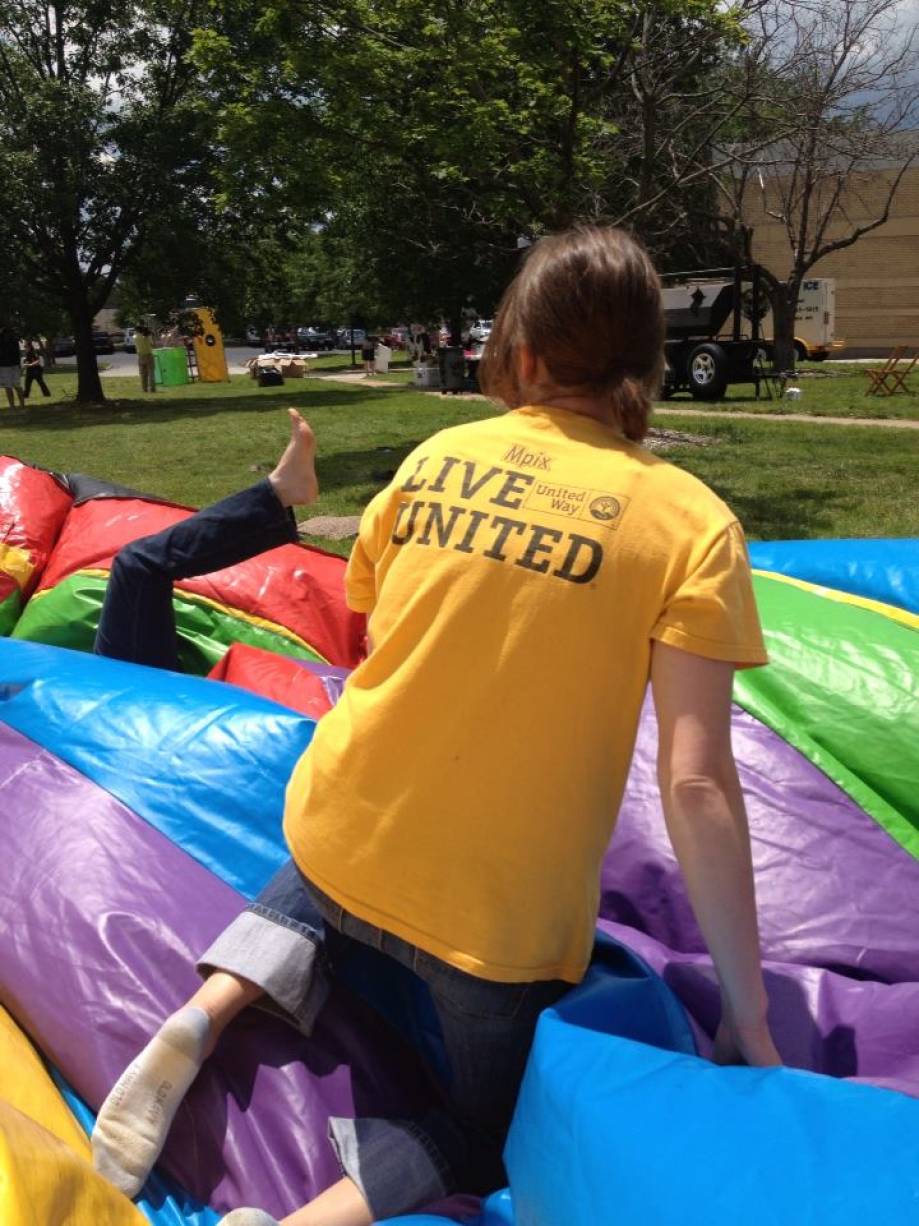 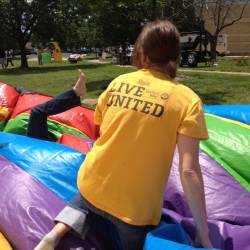 Helping to deflate the slide at the CAFNR Picnic and Games was almost as much fun as using it while it was still full of air! June 7 was a beautiful day for the annual event. The CAFNR Staff Advisory Council estimates about 225 faculty and staff members attended.