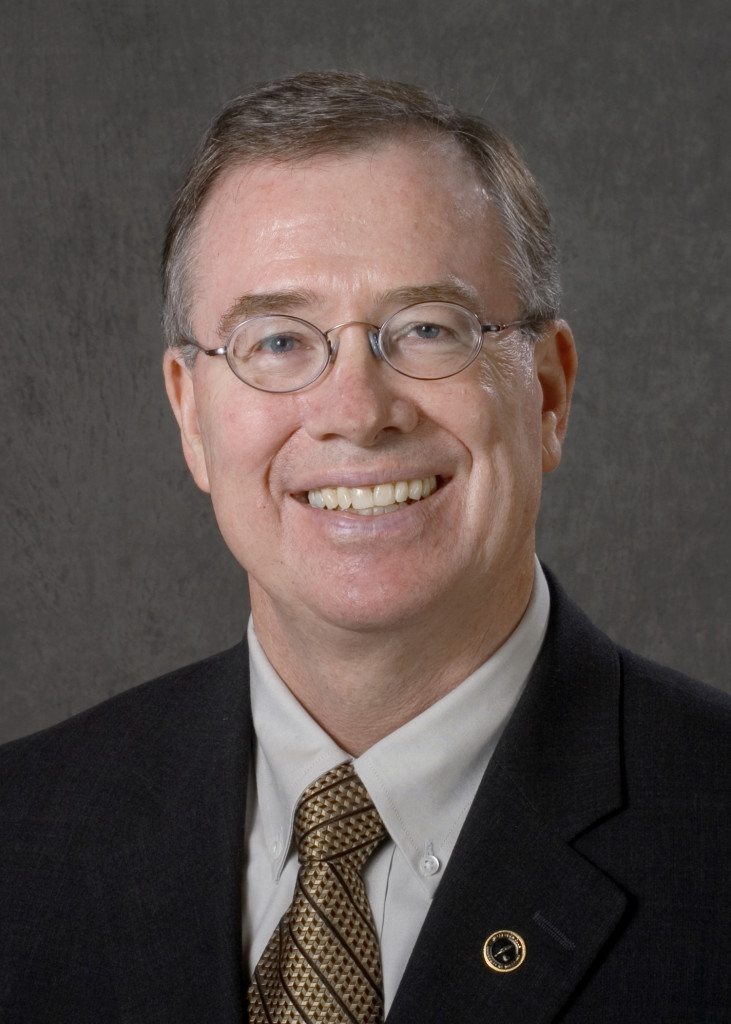 Brady J. Deaton announced that he will retire from the position of MU chancellor, effective Nov. 15, 2013. The son of a Kentucky farm family who glimpsed the outside world through 4-H, Deaton is the 21st chief executive officer of MU.

He will continue to serve the University as chancellor emeritus with a focus on the university’s role in international development.

“I am extraordinarily honored and privileged to have led the University of Missouri through the last nine years of exciting, eventful and rewarding times,” Deaton said. “Any success attributed to my leadership is due to the wonderful support of my family; the skilled and dedicated work of my staff; the unmitigated, common commitment of deans and faculty to providing a world class education to our students; and the amazing spirit of our alumni.”

“Throughout my time as president, Dr. Deaton has been a trusted adviser and an effective advocate for the University,” UM System President Tim Wolfe said. “His knowledge of the University and passion for our mission as the state’s premier land-grant, public research institution is unmatched. Finding a leader with the academic background and leadership prowess exhibited by Dr. Deaton will be our top priority.”

A Home in Agriculture

In March 1989, Deaton joined the University of Missouri as professor and chair in CAFNR’s Agricultural Economics Department and as Social Science Unit leader. He transitioned from faculty to administration in December 1993, when he was appointed chief of staff in the Office of the Chancellor. He became deputy chancellor in 1997. Deaton’s academic home remains in CAFNR as a professor of agricultural and applied economics.

Deaton became chancellor of MU on Oct. 4, 2004, bringing more than 30 years of experience in public higher education, an international perspective and a record of national leadership to the position. 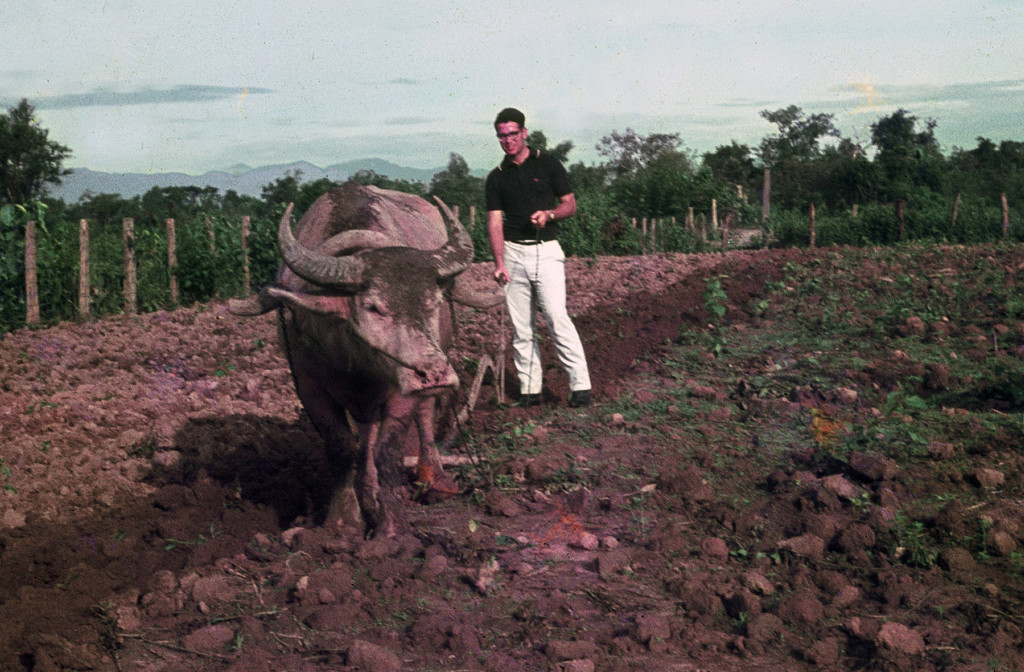 Deaton plows the soil in one of his school’s research plots in Thailand.

Deaton served as a Peace Corps volunteer in Nan, Thailand, from 1962 to 1964, where he taught vocational agriculture in the Thai language and where he first became interested in international relations. He graduated from the University of Kentucky with a degree in agricultural economics in 1966 and earned a master of arts degree in diplomacy and international commerce there in 1968. He received master’s and doctorate degrees in agricultural economics from the University of Wisconsin.

Deaton holds leadership roles in many university, community and national organizations. He served as chair of the Association of Public and Land-Grant Universities (APLU) Council on International Initiatives and Council on Academic Affairs and is a member of the board of the Donald Danforth Plant Science Center and the International Committee of the Association of American Universities (AAU). President Barack Obama appointed Deaton chair of the Board for International Food and Agricultural Development (BIFAD) in 2011 and reappointed him in 2012 for a four-year term. Deaton has authored more than 100 articles, presentations and book chapters and has co-authored three books.

For his contributions to MU and higher education, Deaton has been awarded the Outstanding Commitment to Multiculturalism and Diversity certificate by the Association of Black Graduate and Professional Students, honored as an invited lecturer at the Japan International Agricultural Council and recognized by Gamma Sigma Delta with an Award of Merit for Outstanding Administrator. He has received the Malone Award from APLU for furthering international education in public higher education, and has received honorary degrees from Chonnam National University in Korea, from SHIATS University in India, and from two institutions in Thailand — Prince of Songkla University and Khon Kaen University.

Deaton and his wife Anne, MU’s first lady who holds an Ed.D. from Virginia Tech and is an adjunct professor in the College of Education, College of Human Environmental Sciences and Sinclair School of Nursing, are the parents of four grown children, three of whom are Mizzou graduates, and the grandparents of five grandsons and two granddaughters. 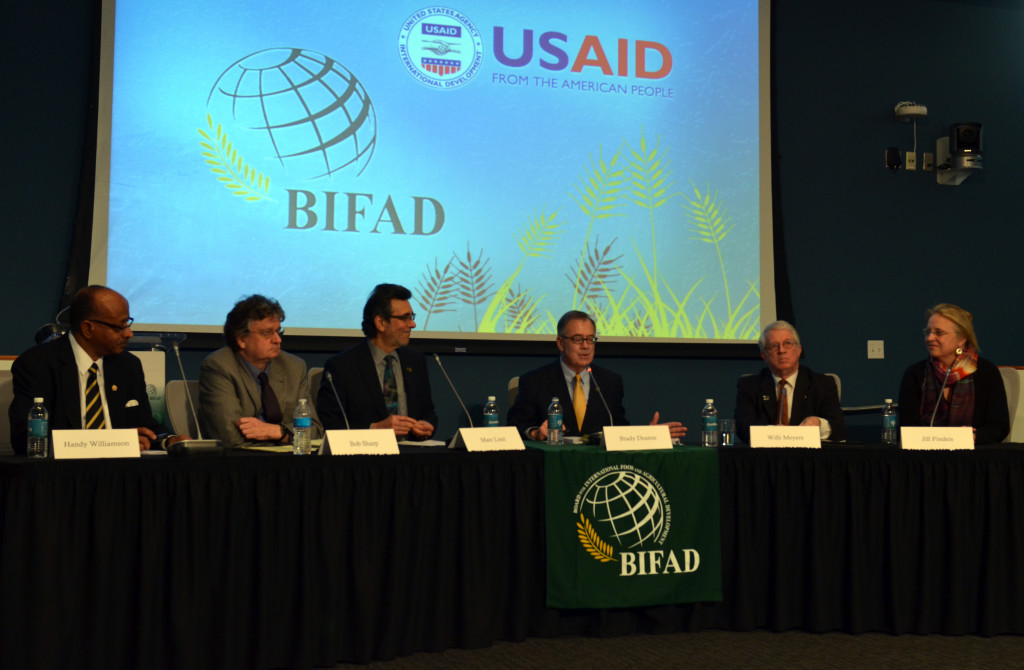