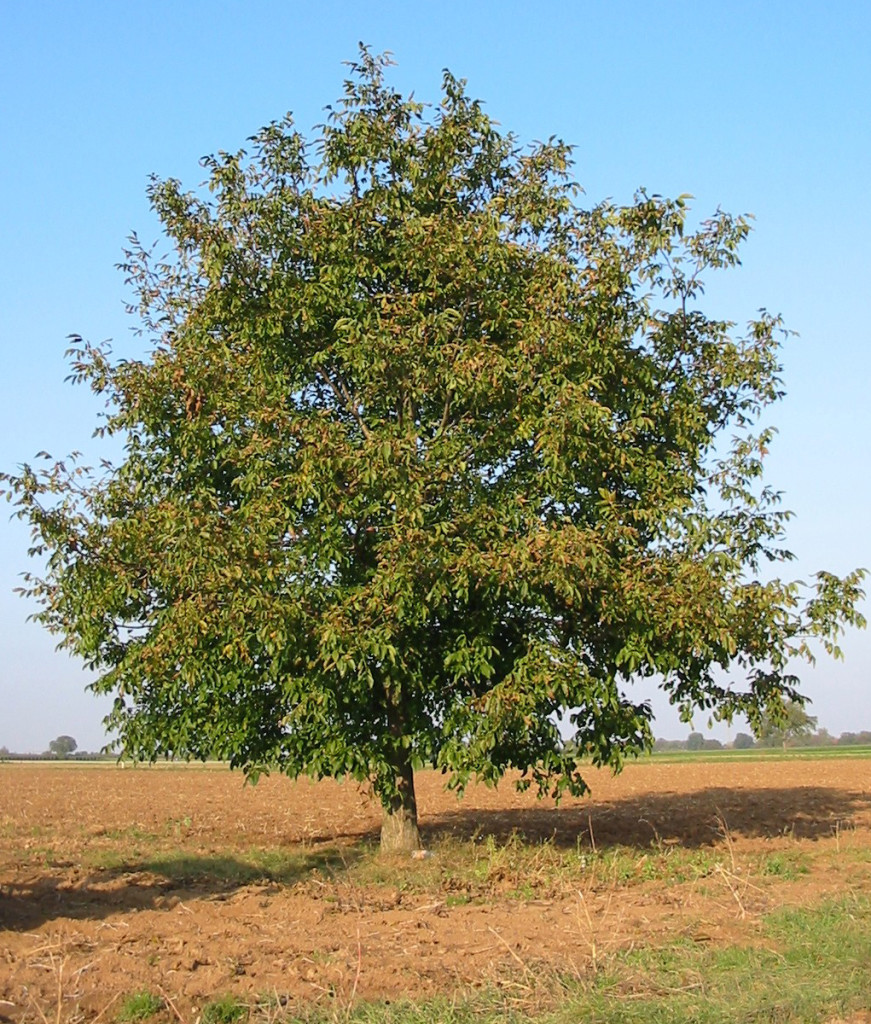 Missouri’s black walnut trees could be in trouble if thousand cankers disease (TCD) moves in from bordering Tennessee.

TCD is a serious threat to one of the state’s most valuable hardwood species, says Hank Stelzer, University of Missouri Extension state forestry specialist and Forestry Department Chair at the MU School of Natural Resources.

The disease has not yet been detected in Missouri, but it is on a watch list for Stelzer and Mark Coggeshall, who is in charge of the walnut-breeding program at the MU College of Agriculture, Food and Natural Resources’ Horticulture and Agroforestry Research Center in New Franklin.

According to estimates from the Missouri Department of Conservation, TCD could cost the state more than $850 million over a 20-year period due to losses in the wood products industry and nut production, as well as costs associated with removing and replacing urban trees. 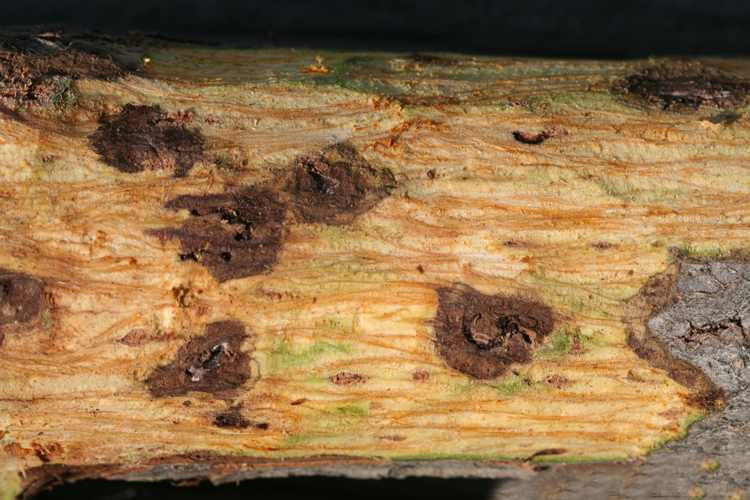 Over the last decade, TCD has caused the widespread death of walnut trees in the western United States. Since 2010, TCD has been found in several locations east of the Rockies: eastern Tennessee; Bucks County, Pa.; Richmond, Va.; and the outskirts of Washington, D.C.

In 2010, the Missouri Department of Agriculture issued a quarantine prohibiting transportation of designated wood from any infected state into Missouri. This includes nursery stock bud wood, scion wood, green lumber and other walnut material – living, dead, cut or fallen, including logs, stumps, roots, branches, and composted and uncomposted chips. Specific exceptions are nuts, nutmeats, processed lumber that is 100 percent bark-free and kiln-dried, and finished wood products without bark.

Another important aspect of the quarantine is that firewood of any hardwood species, not just walnut, also is quarantined. This is because once a tree is cut into firewood, it is very hard for the average person to distinguish walnut from other hardwood tree species.

Stelzer said wood hobbyists via the Internet also have purchased infected planks of wood with the bark intact. 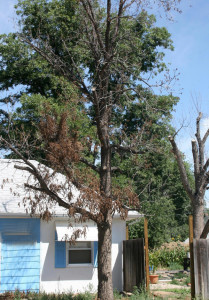 A Fungus Delivered by a Beetle

The name “thousand cankers” describes the numerous cankers that appear on affected trees. The walnut twig beetle carries a newly recognized fungus, Geosmithia morbida, which kills a localized area in the phloem just under the bark. The fungus destroys small patches of tissue and creates cankers under the bark. The cankers overlap and merge, causing branches to die, weakening and eventually killing the tree.

Infected trees rarely show external symptoms. “By the time we see it, it already has a good foothold,” Stelzer said. Since the fungus lives just under the bark, signs of the disease are easily missed if inspection cuts are made too deeply into the sapwood.

Early symptoms of TCD are yellow leaves and thinning foliage in the upper crown of the tree. Larger limbs die as the disease progresses. Trees usually die within three years after the initial symptoms are seen in the crown of the tree.

In other states, tree owners have thought the symptoms were caused by drought. There is no known pesticide to control the disease at this time.

Stelzer serves on the Missouri Invasive Forest Pest Council, established in 2008 in response to the threat of emerald ash borer. The council continue to work on other emerging diseases such as TCD.

Contact the nearest Missouri Department of Conservation office if you suspect the disease at your property. Do not mail samples, as this might spread the disease.