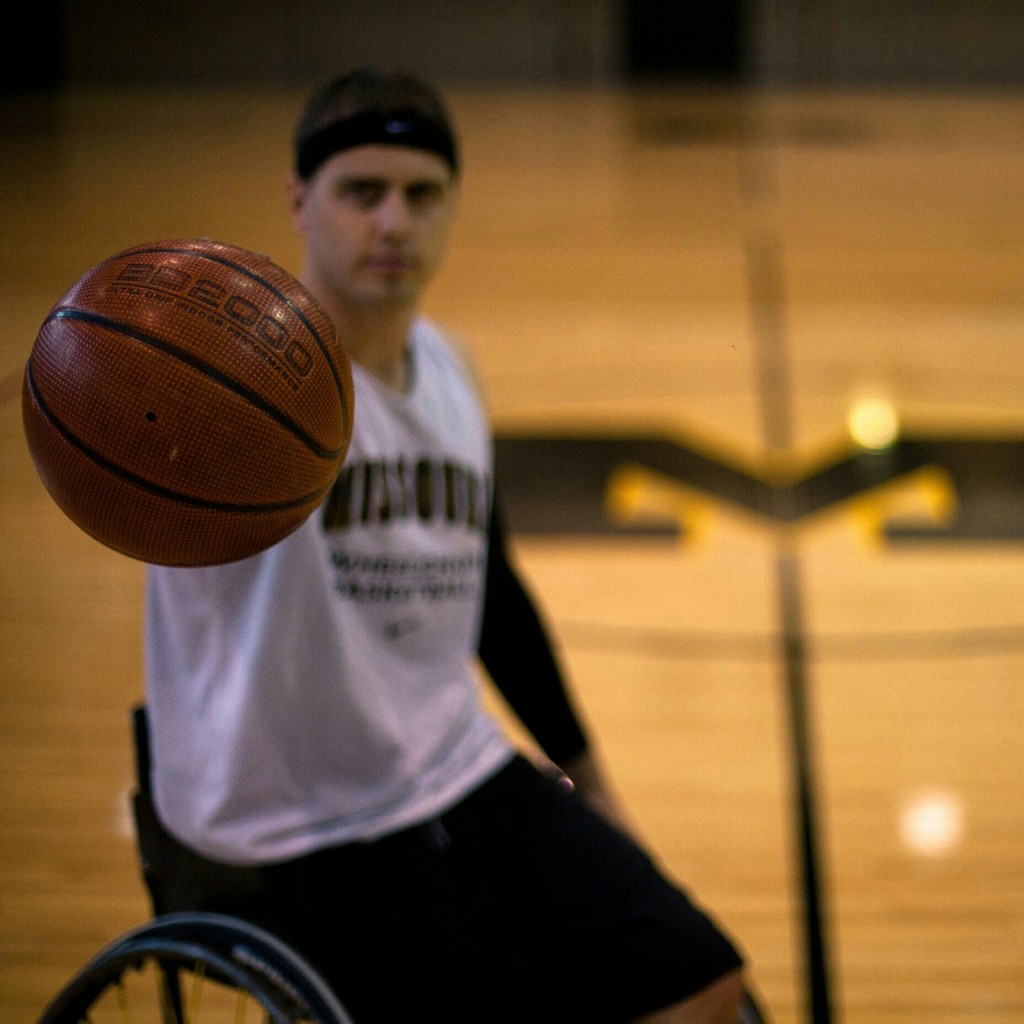 Carter Arey, parks, recreation and tourism student at MU, was chosen to compete for a spot on the National Wheelchair Basketball Association Team. He will be traveling to Colorado Springs, Co., May 28-June 2, to try out with 27 other athletes. Eighteen athletes will be chosen to play on the team.

“If I made the team, it would mean a lot to this program,” Arey said. “It would allow a lot of exposure to Mizzou and I would be able to travel around the world.”

Arey, who played able-bodied varsity basketball at Rock Bridge High School, lost his right foot at age four after being born with a broken leg.

Arey was attending community college here in Columbia, his hometown, when he attended a pick-up basketball game at the Mizzou Recreational Complex. Mizzou’s wheelchair basketball team coach saw him play and recruited him for the team.

Arey transferred to MU and has been playing guard and forward for MU’s wheelchair basketball team for three years. The team is part of the Central Intercollegiate Division of the National Wheelchair Basketball Association. The national team is currently coached by Mizzou Wheelchair Basketball coach Ron Lykins.

“That day at the Rec was life-changing,” Arey said. “I feel a sense of community here at MU, especially CAFNR. I tried many other majors, but I truly felt at home with sports management and my classes in CAFNR. I am so happy everything happened like it did.”

The Mizzou wheelchair basketball team travels to games about six to seven weekends during the academic year, going anywhere from Texas to Pennsylvania to Alabama.

“The people I have met playing are amazing,” Arey said. “You do not meet a bad person in this sport. I have become a better person myself from this experience.”

Arey does not believe in planning, but does have three goals for himself. He hopes to make the Dean’s list, win a National Championship with Mizzou’s wheelchair basketball team, and play on Team USA.