Judy Wall, professor of biochemistry, and members of her research group including Romain Bridou, postdoctoral fellow, and Steven Smith, graduate student, published an article in the March 15, 2013, issue of Science magazine that describes results of collaboration between the Oak Ridge National Laboratory and Wall’s laboratory.

The article, “The Genetic Basis for Bacterial Mercury Methylation” was featured in the Perspectives section of the journal as important and timely for addressing the major threat to human health by environmental mercury.

Wall also is a professor of molecular microbiology and immunology at MU.

Her work details the effects and creation of methylmercury, its impact on the environment and the humans who consume it. Mercury is released from volcanic eruptions and the burning of coal.  Methylmercury is a neurotoxin created from mercury by bacteria that can only live in the absence of air. Wall’s laboratory is devoted to understanding which bacteria can modify the mercury and why. For two bacteria that can modify mercury, they have discovered that eliminating certain genes causes bacteria to be unable to methylate mercury and blocks the production of this neurotoxin.

Funding from the Department of Energy goes to Oak Ridge National Laboratory to support a Science Focus Area of research focusing on mercury contamination. The scientists in that project realized they needed someone with microbial genetics expertise for the project and contacted Wall to ask whether she would be willing to collaborate. Wall agreed to the collaboration and is officially a subcontractor of the Science Focus Area in the project. 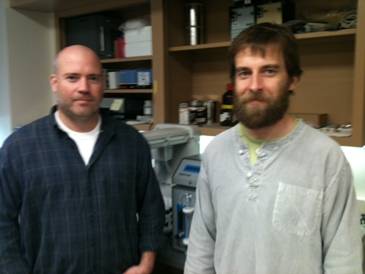 “I was delighted and honored to have the manuscript published in such a prestigious journal,” Wall said. “The work will reach more readers and alert more people to the problem of the neurotoxin and the tools being developed to approach the problem. The research will proceed much faster to obtain meaningful policy decisions on mercury emissions and ultimately intervention techniques to limit the effects of mercury contamination.”

According to Wall, this discovery will likely change how mercury research is performed globally. The proposed mechanism is new chemistry, which, if confirmed, opens up new areas of research.

In wet lands, streams and lakes, methylmercury is accumulated in aquatic organisms and in the fish that eat them. The primary source of contamination of humans is through eating fish and seafood. Methylmercury in the organs and tissues causes birth defects and disorders of the brain, reproductive system, immune system, kidney, and liver when ingested at toxic levels. 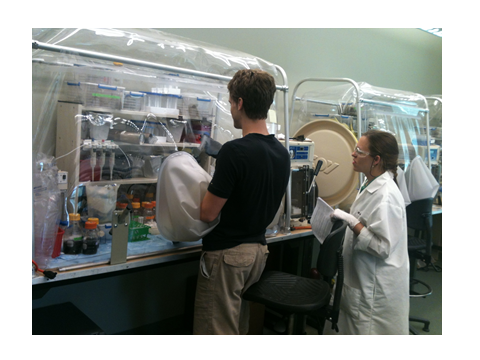 “My team hopes to continue to contribute to the understanding of the production and elimination of methylmercury,” Wall said. “We would like to contribute to an understanding of the ‘real’ biological role of the genes identified as essential for methylation of mercury. Probably these genes did not evolve to metabolize mercury but have another unknown role in metabolism of the microbes. Learning what these genes evolved to do may allow us to predict their regulation and find inhibitors for producing the proteins encoded in the genes.”

Science was founded in 1880 by inventor Thomas Edison. Science has grown to become the world’s leading outlet for scientific news, commentary, and cutting-edge research, with the largest paid circulation of any peer-reviewed general-science journal, according to Sciencemag.org. Through print and web circulation, Science reaches an estimated worldwide readership of more than one million. Its articles consistently rank among world’s most cited research.

Wall received her B.S. in chemistry from University of North Carolina at Greensboro and Ph.D. in biochemistry from Duke University. Aside from her research, Wall enjoys spending time with her husband James, daughter Lindley, and her horse and dog, hiking and collecting cookbooks.