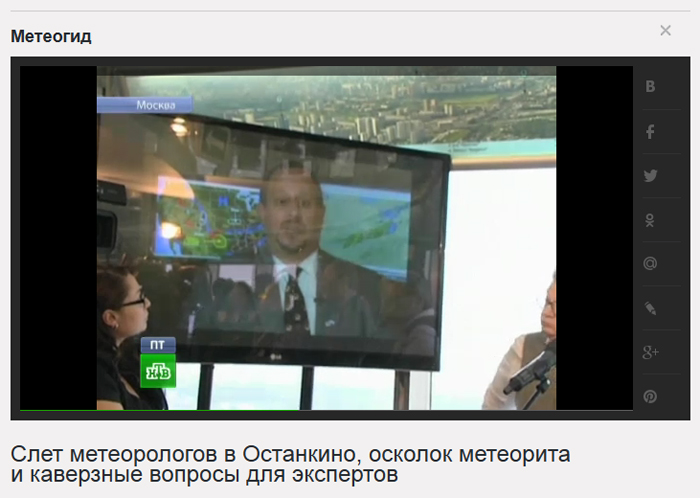 When Russian television network NTB (NTV in English) wanted to explain wild weather swings from cold and snowy to warm and dry around Moscow, they gathered a group of climate scientists as a discussion panel. One of their experts could only speak a few words of Russian.

Tony Lupo, department chair of Soil, Environmental, and Atmospheric Sciences and professor in the MU School of Natural Resources, was tapped as one of the experts. Other scientists belonged to the prestigious Russian Academy of Science.

Lupo is known for his research in atmospheric blocking – one of the reasons for the unusual Moscow weather. Blocking occurs when a powerful high-pressure area, which usually moves west to east, gets stuck in one place. Following pressure areas grind to a halt behind it – sometimes for several days or even weeks.

About 20-40 blocking events occur each year. The greatest number occurs over Siberia, east of the Urals. Current weather forecast models are of little help in predicting blocking events, even a day or two in advance, much less the 30 days of advance warning that forecasters would like to provide. Lupo hopes his research will add clues that would help forecasters better predict blocking.

Lupo’s analysis, taped at MU, was part of NTV’s This Morning program. Watch the broadcast at:  http://www.ntv.ru/peredacha/NTV_utrom/m27700/o527183/ Lupo’s part of the broadcast occurs about two minutes into the program after the moderator says, in Russian, “here is what an expert from the University of Missouri, Tony Lupo, says.”

NTV was launched in 1993 as the country’s first independent television network after the fall of Communism.  By 1999, NTV had achieved an audience of 102 million, covering about 70 percent of Russia’s territory and former Soviet republics. Today, it broadcasts worldwide in the Russian language through satellite and Internet broadcasts.

Lupo is working with his counterparts at the A.M.Obukhov Institute of Atmospheric Physics of the Russian Academy of Sciences in a 3 million Russian ruble project to study the phenomena of atmospheric blocking.

Lupo has been asked by NTV to comment this June on how blocking influences fire risks in Russia.