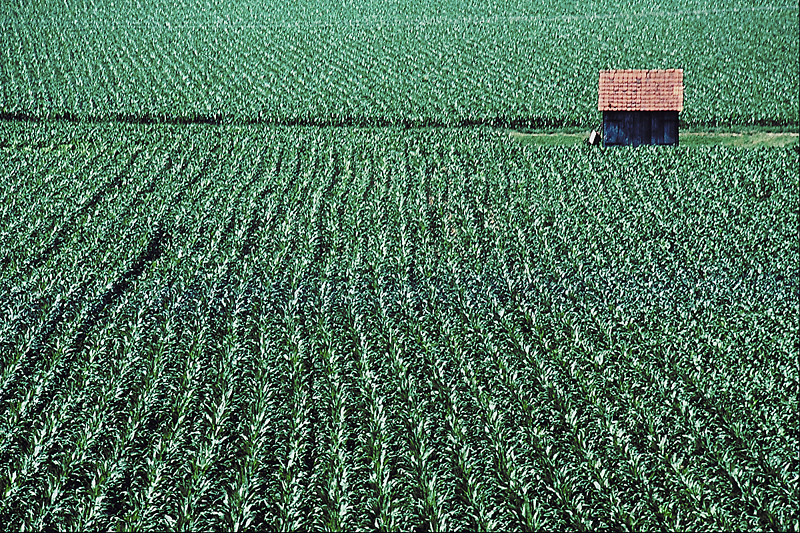 Missouri corn growers chomping at the bit to plant should practice patience to prevent harm to their plants’ root systems.

Due to frequent rains and low soil temperatures, corn planting was only 8 percent complete by mid-April, compared to 37 percent this time in 2012. However, last year’s planting season should not be used as yardstick, Wiebold said. The average over recent years is only 17 percent.

“There’s no reason for alarm,” he continued. “Reasonably high yields can be obtained when corn is planted in mid- to late May.” 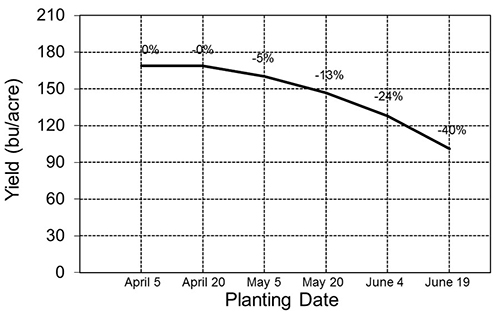 Wiebold has analyzed the effects of corn planting dates on yield in mid-Missouri and found little difference for planting dates in April. From May 1 to June 1, corn yields decrease about 25 percent, and decline more rapidly after that.

His data is averaged over five years, and at least four hybrids were used in each year of the study.

“As you might guess, differences occur among years for response of corn yield to planting date,” he says. “Weather conditions in July and early August affect corn yield far more than planting date, and weather during those weeks can mask the effect of planting date.”

That makes it difficult to predict how delayed planting will affect corn yield.

Myers cautions growers against a hasty decision to switch corn acreage to other crops such as soybeans. Results vary among farmers and fields, but MU data indicates that there is still time to plant corn as intended.

It may not make sense to switch to early-maturing hybrids either, Wiebold says.

“We understand that drying costs are important,” he added. “Our data focuses solely on yield comparisons.”