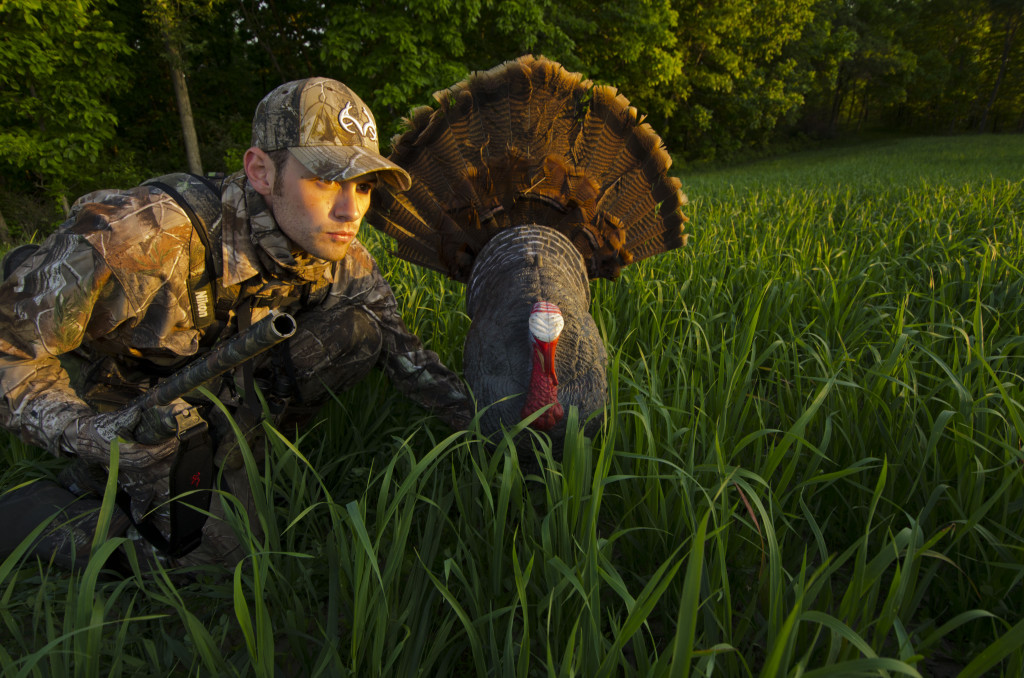 Warbritton is a full-time video producer at Midwest Whitetail, a semi-live, web-only hunting show for deer hunters. Midwest Whitetail showcases whitetail deer hunting videos, photos, articles and a blog. He is manager and host of Cabela’s Spring Thunder website. Cabela’s Spring Thunder is a near-live turkey hunting series with action and timely tips. The timely format means viewers see the hunts only a day or two after they happen, allowing the show  address issues such as current turkey behavior, strategies to use in the near future, changing weather patterns and more.

The series features hunts from across the country and runs from late February to roughly the end of May. The website contains more than just a weekly show, including video strategy tips, product reviews and articles that are updated regularly.

Hunting Just About Everything

Warbritton grew up in Paris, Mo. His passion for hunting started early. He began hunting deer, turkey, and “just about anything else” with his dad and uncles when he was five years old. He joined the National Wildlife Turkey Federation (NWTF) at a young age and started going to turkey calling contests and making contacts. NWTF is an international non-profit organization dedicated to the conservation of the wild turkey and the preservation of our hunting heritage.

Warbritton said he always knew what kind of work he wanted to do, so after high school he headed to Ozark Tech College to take classes in electronic media production for a year. After that, he spent some time at Moberly Community College before coming to MU.

“I knew the field I wanted to go into for a long time,” Warbritton said. “I knew I needed a major to fall back on, so I headed to MU. A lot of my family went there and it was close to home, so it all made sense that I went too.”

The natural resources recreation management program requires students to have an internship. During his last year at MU, Warbritton obtained an internship at Midwest Whitetail, where he produced video content and managed hunters. After his internship was complete, he was hired on as a full-time employee.

“Cabela’s sponsors the Midwest Whitetail website,” Warbritton said. “They saw the website and asked us to do more videos. They looked into my background and asked me to host a web series last year. This year, we promoted it to a full website. I was so excited.”

Warbritton’s days are never consistent. He travels all over the country, doing anything from writing articles to filming video, or responding to the site’s Q&A and hunting. He takes his website with him when he is in the field so he can update it between hunts. Spring and fall, whitetail hunting season, are the busiest times for Warbritton.

His plans for the future include a semi-live web series and more micro websites for Cabela’s, including a fishing and whitetail deer series.