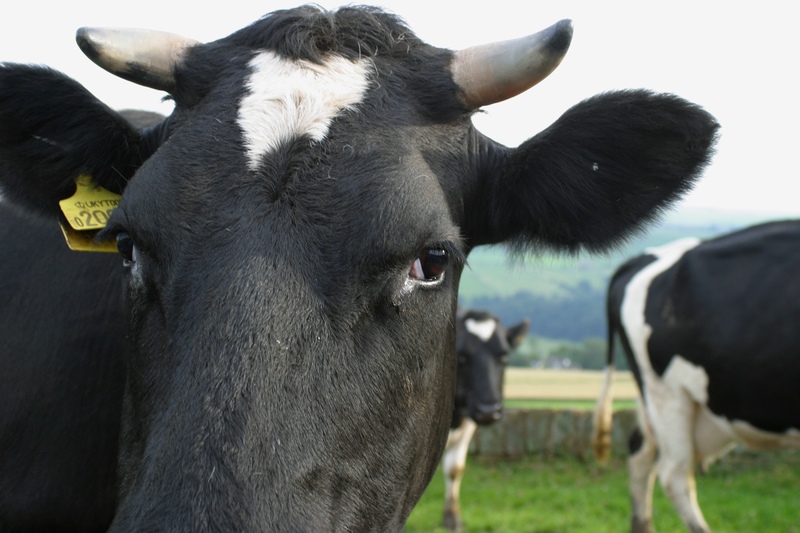 Cattle prices have been at record highs the last few years. The reason was less meat on the market.

“Last year’s meat supply was 217.9 pounds per person, down 19.7 pounds from 2007 and the lowest since 1991,” said Ron Plain, the D. Howard Doane Professor of Agricultural and Applied Economics at the College of Agriculture, Food and Natural Resources, and Extension agricultural economist.  “Less meat on the market drives meat prices up. That allowed for record slaughter cattle prices.”

Plain said the forecast is for slightly more meat in 2013, changing the downward trend. The key to increased meat production is going to be better weather and higher yields so there is more feed to support more animals.

“The dry weather that we experienced last two years in most of the Midwest and a big chunk of the High Plains put a lot of beef cows in packing plants and has reduced the cow herd and the calf crop,” Plain said. “Cow slaughter this year is well below the levels seen in 2011 and 2012, but not low enough to begin rebuilding the cow herd.”

Plain said if there is more rainfall and better pastures, the Midwest could see beef cow slaughter dropping to a low-enough level and producers expanding their cow herds before the end of the year.

The cost of gain in feedlots is running about $1.10 per pound, but Plain said that may change.

“Feed costs are coming down and anticipation is that break-evens will come down also, which is good news because there has been a lot of red ink in cattle feeding lately,” Plain said. 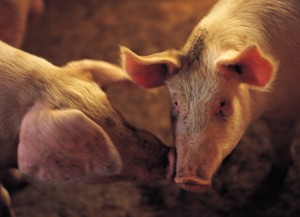 Pig inventory hasn’t changed much from last year, Plain said. While the number of sows farrowing this spring and summer is expected to be lower, there may be more pork on the market because sows are having more pigs per litter and producers are feeding pigs to higher weights.  Slaughter will be higher than 2012, he says, but less than the 2008 record.  Hog prices are expected to average above 2012’s level but under that of 2011.

“The last several quarters have been very tough for hog producers,” Plain said. “They were losing money at the start of this year. Based on the futures market, it looks like we may have only one month of profit this year. But the outlook is better in 2014, as we can factor in even lower corn and soymeal prices.”

With good weather in 2013 crop production could increase, pushing prices down. 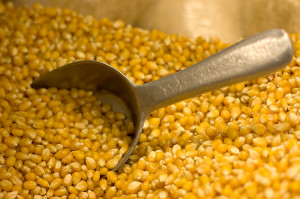 “However, I would say between now and next July or August we’re probably going to get some opportunities to sell some crop with some spikes in prices, and if it does, I would be all over selling it, selling it hard,” he said.

“With the wet April and maybe even May, plus the snow and wet conditions in the Dakotas and upper Midwest, we might even lose another million or two,” Reinbott said. USDA placed soybean acres at 77 million, which was below trade estimates, and 2 million less than Reinbott’s January projection.

Ending stocks to use for corn are pretty tight, but Reinbott said the outlook is for a big crop that could push stocks up. Soybean ending stocks are also very tight, leading to a sideways trading range on the futures.

Following last year’s drought in South America, Brazil and Argentina have rebounded and are expecting large corn and soybean crops. Brazil is predicted to have a record corn crop, and both countries’ export numbers are expected to be up. 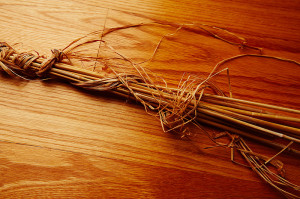 There haven’t been any major changes in wheat production, although feed use has dropped. World and U.S. ending stocks are down, but Reinbott said there is an ample amount of wheat compared to the last few years.

“We’re still in that down-trending market,” he said. “It’s sort of like a broken record. I’ve said it for the corn market, the bean market and the wheat market. We’re going to continue to trend lower.”

Outlook for Dairy is Bullish

Despite neutral supply and demand in dairy markets, the outlook is bullish.

“As we look at futures margins, they are the best available in years, with falling feed prices and rising milk prices,” said MU agricultural economist Joe Horner. “2013 profitability will depend a little bit on the growing season, as we are particularly short of quality forages right now.”

Milk cows on farm basically started 2013 below year-ago levels and, adjusting for 30-day months, are right in between the last two years. Horner said producers haven’t started building the herd back up and cow numbers are flat-lining.

“We’ve been culling cows really heavily and that should have given us a jump in milk production per cow,” Horner said. “But we’ve got some coarse feedstuffs out there, a lot of drought-damaged stuff and expensive feed, so people have cut back on rations. Our milk production on a per cow basis is following trend lines between where it was last year and the year before.” 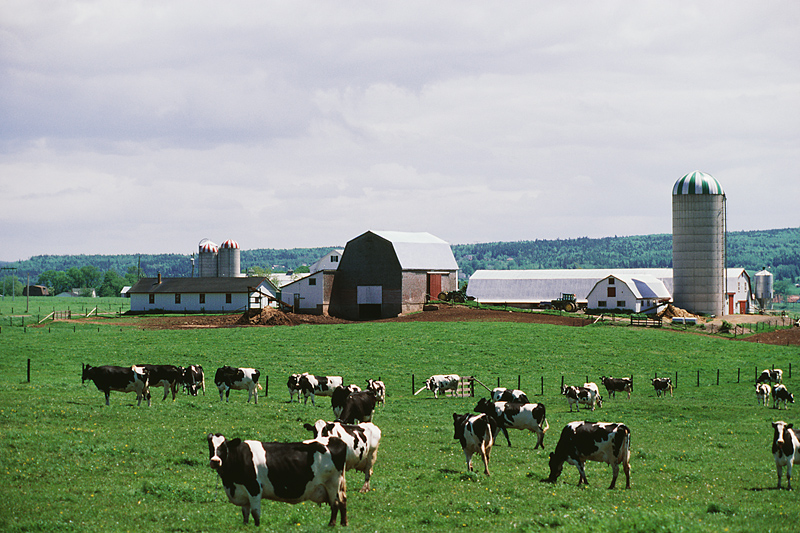 Cow slaughter has continued to ramp up. Horner said it used to be that 40,000 cows a week would be normal, but recently it has been above 60,000.

“There are a lot of farmers looking at the price of cull cows, and if they have a fat cull cow that drops below break-even, she’s going to town,” Horner said. “Right now springer heifers are cheap, so it is almost an even trade between selling a cull cow or buying a replacement heifer.”

Horner told the conference that exports are potentially strong and have grown to the point where 13.5 percent of milk on a solid basis is being exported. While China is talked about a lot as an export market, Horner says Mexico is still a more important export market right now.

Horner predicted the outlook for milk prices in the second quarter will be slightly higher than the first quarter. He said the price of milk for all of 2013 will be about $20 per hundredweight, which is a couple of dollars higher than last year.

“All things considered, it is probably going to be the best margin year since 2008,” Horner said. “That’s if we can grow our crop, if we can grow forages and if our exports keep milk prices where they’re at.”