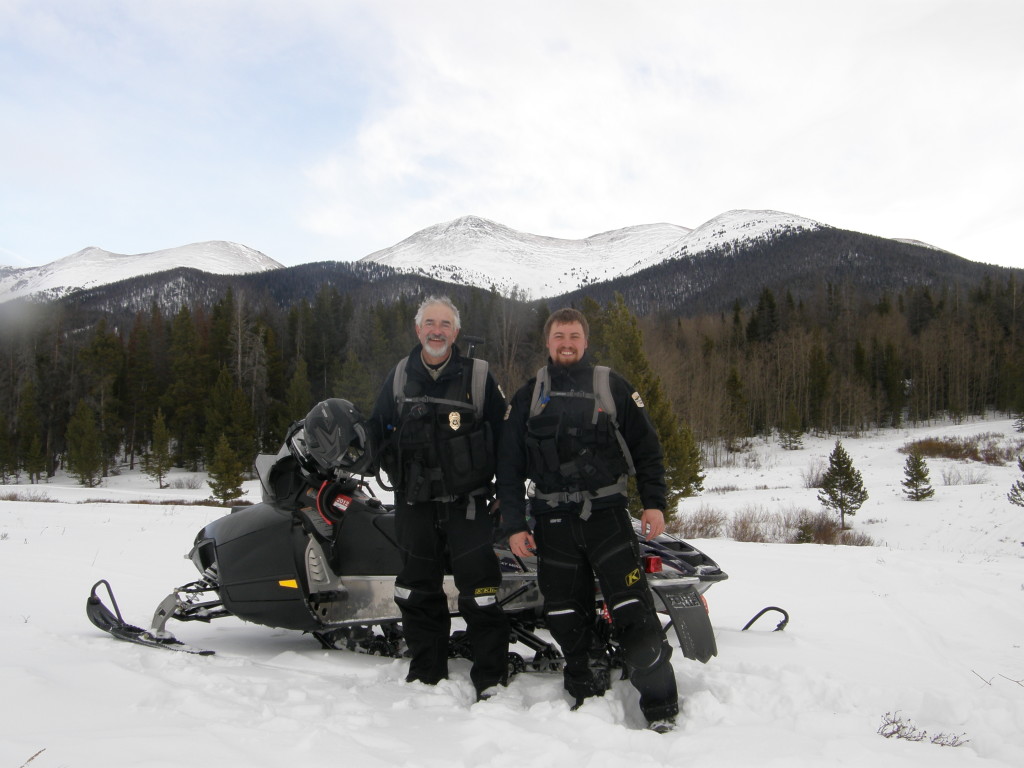 McCloskey is a ranger with the State Forest State Park in Walden, Colo. McCloskey and Andrew Maddox, a river ranger for the Arkansas Headwaters Recreation Area, were working at a snowmobile event when they received a radio alert about an avalanche in Cameron Pass, near Fort Collins, Co.

“Andrew and I are both trained in avalanche rescue,” McCloskey said. “We didn’t figure anyone was alive. When Alex made a noise, we realized this was a rescue, not just a body recovery, and that we needed medical attention.”

White spent two days in critical care and two in post-trauma recovery. He was back in class at University of Colorado one week after his accident.

The story made national headlines.

“While we were digging and after we had dug him free, we didn’t have time to think about anything,” McCloskey said. “After we put Alex in the ambulance, Maddox and I looked at each other, shook hands, and both agreed that what just took place was incredible.”

McCloskey grew up in Des Peres, Mo. He was very involved in Boy Scouts, hiking, camping and anything else outdoors. When it came time for McCloskey to choose a major, parks, recreation and tourism seemed like the perfect fit. During his time in the College of Agriculture, Food and Natural Resources, McCloskey was involved in Student Parks, Recreation and Tourism Association (SPRTA), Forestry Club and the annual Midwestern Forester’s Conclave, a competition in traditional forestry skills.

The summer after his junior year, McCloskey worked at the St. Charles County Parks Department. After that, he also gained experience working at Sylvan Lake State Park and Beaver Creek Ski Resort, both in Colorado, before taking the job at State Forest State Park. He now resides in Walden, Co., where he enjoys snowmobiling, skiing, backpacking, camping and hunting.

“I advise current students to get a variety of experience as soon as possible,” McCloskey said. “Instead of taking the best paying jobs, do what you love and gain experience in what you want to do in the future.”