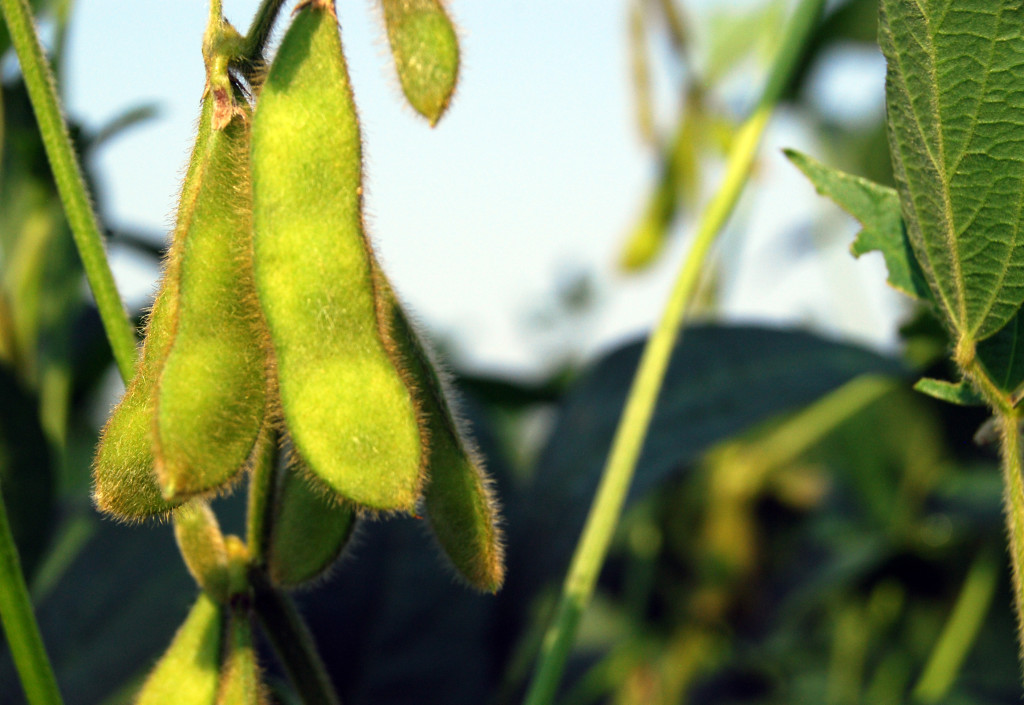 In a non-descript building in central Missouri, Andrew Scaboo works to turn humble seeds into the next big beans. Glycine max, or soybeans, is Missouri’s most important crop, generating nearly $2 billion in annual revenue.

Most of the varieties grown in the northern part of the state (north of I-70) aren’t developed in Missouri. That’s where Scaboo comes in. His title is Senior Research Scientist in CAFNR’s Division of Plant Sciences and his task is to breed soybean lines for increased yield, improved human health, and greater tolerance of pests and climatic conditions in Missouri. 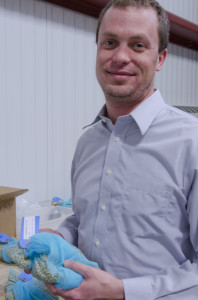 His work builds on a tradition of excellence and ingenuity in soybean research at CAFNR. “Grover Shannon (MU Professor of Plant Sciences) is the main reason I’m here,” Scaboo said. “He’s been extremely successful in variety development and putting varieties in farmers’ fields,” Scaboo said.

Soybeans high in oleic acid have natural oxidative stability, so their oil naturally resists spoilage. Traditional processed soybean oil is hydrogenated, a process that makes the oil non-perishable, but also results in trans-fats, which can lead to high cholesterol and health problems. Hydrogenated oils are in most processed foods including chips, cookies and coffee creamer.

In tandem with Shannon, Scaboo is breeding beans high in heart-healthy oleic acid that also perform well in the field. It’s one of four collaborative research projects underway at the Bay Farm, and Bradford Research Center in Columbia, at other CAFNR research centers around the state, and at sites in Florida, Costa Rica and Puerto Rico. 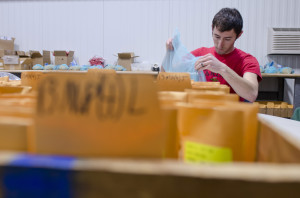 MU sophomore Rich McGhee sorts soybean seeds to cull any imperfections at the Bay Farm near Columbia. McGhee is a student research assistant.

Scaboo said he hopes to build on the success of soybean research at MU and develop a breeding program that trains and inspires students for positions in the public and private sectors. As an undergraduate at the University of Tennessee, he wanted to graduate early and his advisor recommended he take a plant breeding practicum with soybean breeder Vince Pantalone over the summer. “I just fell in love with agricultural research — being on the combine, the planter, knowing your job could possibly have an effect on the world,” Scaboo said. “By the end of the summer it had changed my life.”