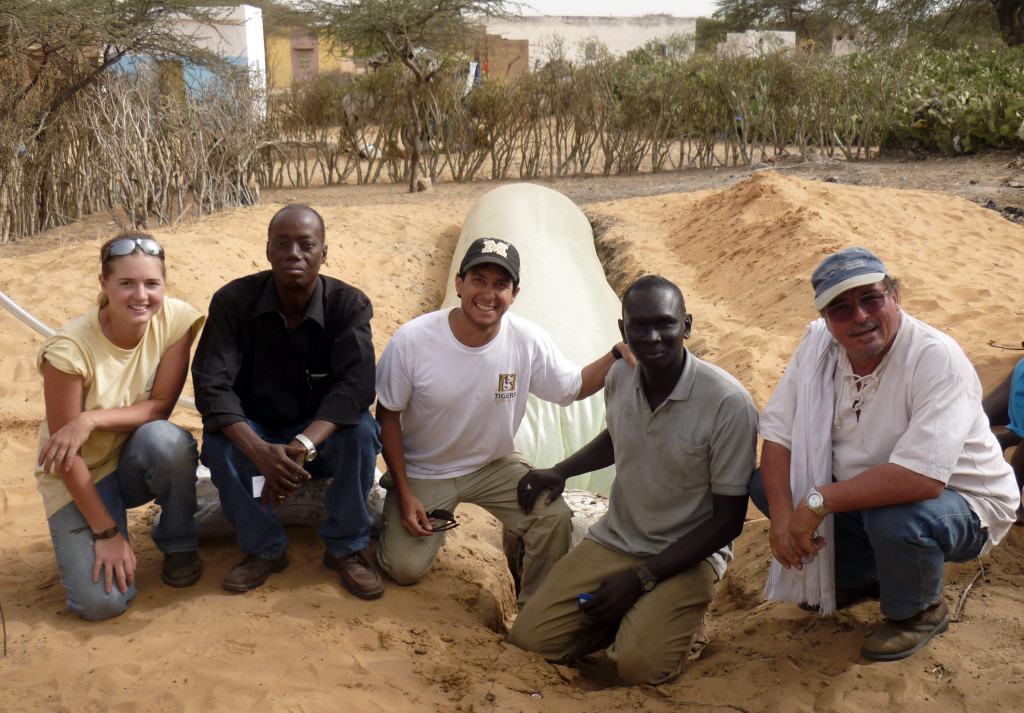 We cook omelets, stir-fry vegetables and boil pasta within minutes with the turn of a switch. For much of the world, cooking food is not so simple, and involves first gathering fuel to make fire — and often that fuel source is wood.

It’s a problem when that wood is far from home, and when the resource isn’t replenished. Francisco Aguilar, assistant professor of forestry in the College of Agriculture, Food and Natural Resources (CAFNR) is trying to assuage those issues with an ingenious solution — turning animal waste into cooking fuel in a biogas plant, or bio-digester. 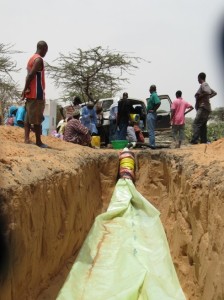 Aguilar first encountered the technology years ago while attending EARTH University in Costa Rica as an undergraduate. He has since written a manual on how to install bio-digesters and has implemented the technology in sites around the world, including the Americas and Asia.

Bio-digesters have several benefits. By processing animal excrement, they diminish illnesses and reduce the population of nuisance and disease carrying insects such as flies and mosquitoes. They reduce or eliminate the need for firewood for cooking, halting the destruction of forests and they conserve resources by replacing liquid gas or electricity as fuel sources for cooking. The effluent from bio-digesters can also be used as organic fertilizer, enhancing rural farming operations and improving the livelihoods of rural communities. They’re also low-cost, and technologically simple, making them a viable option virtually anywhere there’s animal waste. 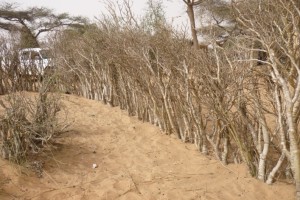 A living fence that incorporates vegetative wind barriers and provide protection for the bio-digester was established.

Aguilar’s Senegal project was made possible by one of CAFNR’s international visiting scholars. Daouda Sidibe came to MU from Mali in West Africa. Sidibe, who has a doctorate in agroforesty, works for Mali’s Institute of Rural Economy. Aguilar served as Sidibe’s mentor as part of the Borlaug International Agricultural Science and Technology Fellowship, a USDA-sponsored program that helps countries strengthen sustainable agricultural practices by providing scientific training and collaborative research opportunities to visiting researchers, policymakers and university faculty. 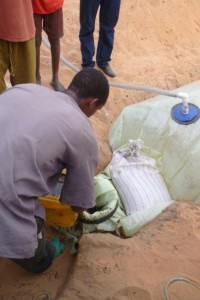 Biodigester begins to be fed with a mixture of water and manure at a ratio of 4:1.

Aguilar was awarded a grant from the USDA Foreign Agricultural Service’s Scientific Cooperation Research Program to build six bio-digester demonstration sites in Mali, but due to political instability, the project was moved west to Senegal, where similar cultural and geographic conditions exist. The USDA Foreign Agricultural Service’s office in Dakar and Sidibe helped the team connect with partners in Senegal, and Aguilar hired former professor and biogas expert, Raul Botero, from EARTH University to assist with the project.

In June, Aguilar will travel to Senegal to examine the sites, and build additional bio-digesters with several local partners.

“It’s important not to just get the engineering correct but the human dimension as well,” Aguilar said. “When working with diverse groups you have to build partnerships and respect cultural parameters.” 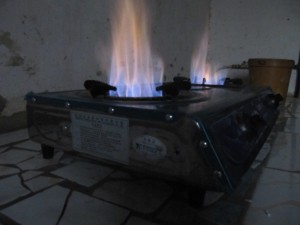 The end product: methane being used for cooking.

In addition to providing practical solutions for rural communities, Aguilar said the work has myriad benefits. “One of the things I really enjoy about visiting rural communities around the world is experiencing human generosity. Regardless of what people have, they always offer something to guests, such as goat milk or tea. It also greatly enriches my teaching experience.”

Watch a video on the process here.