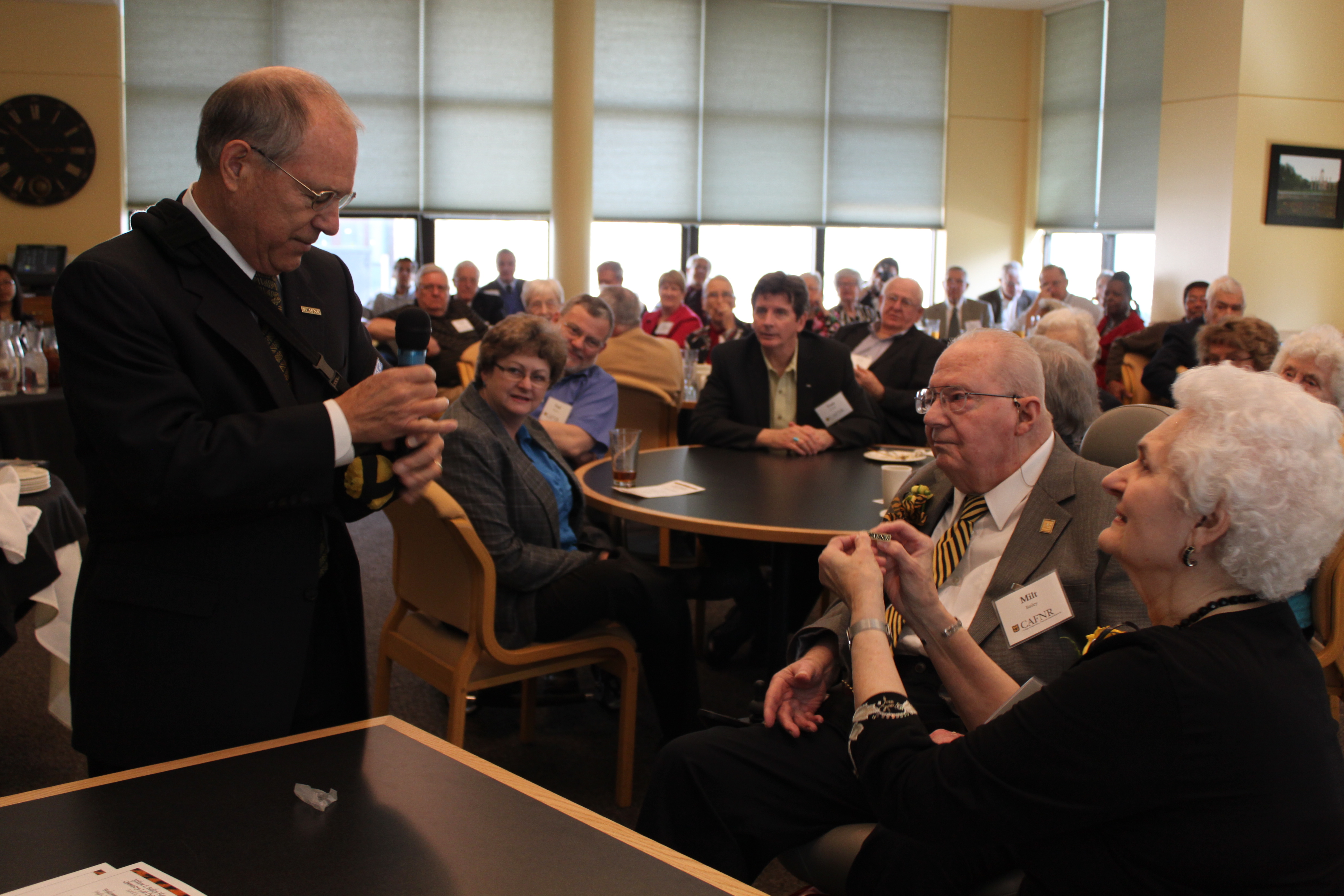 “Dr. Bailey contributed a great deal to the flavor industry during his time at Mizzou and elevated our research and teaching programs,” said Tom Payne, Vice Chancellor and CAFNR Dean.  “Recognizing his contributions to Mizzou and the food science industry with this naming opportunity is overdue. Milt, thank you for your contributions to the industry, this College, and for impacting so many students that were compelled to join together and honor you in this way.”

Bailey was born June 7, 1924, in Shreveport, La., to Silas E. and Ella F. Haskins Bailey and grew up in DeRidder, La. He worked as a civilian employee at Fort Polk in the Ordinance Division where Sherman Tanks were tested before transfer to the Second Armored Division.  In June 1943, he joined the Army Air Force Cadet Corps and served in the Eighth Air Force in England from 1944 to 1946. Returning to the states, he enrolled in Tulane University and graduated with a B.S. degree in psychology, June 1949. He completed his M.S. and Ph.D. degrees in biochemistry at Louisiana State University and was on the research faculty in the same department for five years before accepting a position in animal husbandry at MU in September 1958.

In 1967, Bailey was one of the charter members of the new food science and nutrition department. While at MU for 35 years, he taught and mentored dozens of graduate students and carried out research until retirement in 1993. Bailey has taught more than 11 courses, published more than 100 journal articles, co-authored Warmed-Over Flavor of Meat, numerous book chapters and various conference presentations.

Bailey’s area of professional specialization included the chemistry of discoloration and degradation of protein in shellfish. Bailey specialized in the molecular and structural attributes of meat quality including meat tenderness, flavor, nutrition and safety. He also studied the effect of stress and activity on nutritional metabolism in humans and factors regulating protein synthesis, degradation and growth of skeletal muscles of meat animals. 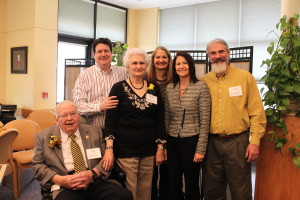 Bailey and wife, Liz, pose with their four children.

After retirement, Bailey became a community leader and mentor. He got involved in the “Helping Little Hearts” Golf Tournament which supports the pediatric cardiology unit at the University’s Children’s Hospital. Bailey also received the Tablet of Honor, the highest award given by Kiwanis International, for his contributions to the club and local community.

Bailey and his wife, Elizabeth, live in Columbia. They have been married since 1958. They have four children, Lynn E. Bailey, Gregory D. Bailey, Lorraine F. Stipek and Jacqueline Mounce. The Baileys also have six grandchildren.

“My dad is so excited to be here today,” Lorraine Stipek said. “He loved his work. All of his kids learned at a young age how to test meat. We grew up around his work, and thinking about those times brings back great memories.” 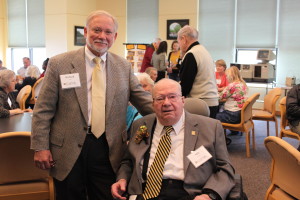 The Milton E. Bailey graduate student support fund will support one or more annual scholarships awarded to students in CAFNR Food Science pursuing an advanced degree and conducting research designed to explore and evaluate the chemistry of flavor in foods or beverages for human consumption. The fund was established in 2012 by Richard and Vicki Lane. The fund’s goal is to endow a full graduate assistantship, continuing Bailey’s legacy in flavor chemistry at MU.