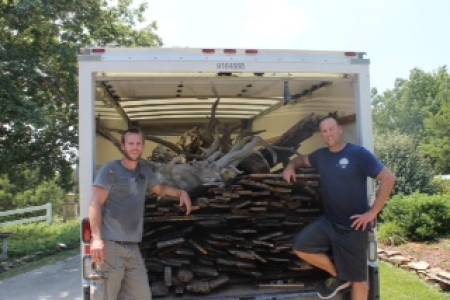 Burditt and Ray with a load of barn wood in Warsaw, Mo.

MU Alumnus Ben Burditt, B.S. AgEcon ’00, has taken his passion for preserving history and working with his hands to the west coast. Burditt started furniture company Burdittray, with partner Jeremy Ray, in June 2012. The two joined together with a common vision: creating beautiful furniture blending vintage material with a contemporary/modern style. Burdittray sells furniture made out of barn wood from the Midwest. The duo travels around the Midwest, personally dismantling and then salvaging wood.

Burditt’s path was not a straight shot after graduating from MU. He took time to enjoy life and find where he wanted to be.

“I have never been good at planning or forecasting where I would end up,” Burditt said. “My greatest discovery was that I loved working with my hands.”

After graduation, Burditt stayed in Columbia for four years, working for a developer. He came to a point where he wanted a change. He went to visit his friend in California, and fell in love with the architecture. He decided to try his luck at it. He spent seven years doing general contracting, which he still does along with Burdittray. After playing around with furniture, he discovered an old barn back in Missouri, and thought it would be neat to make modern furniture out of it. 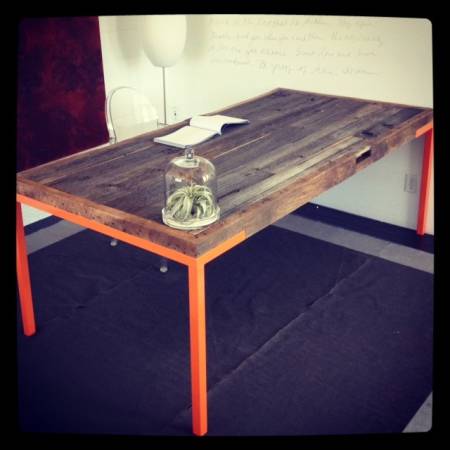 Jeremy Ray also came from a small town and liked working with his hands, and admired Burditt’s furniture. The two went back to Missouri to get more barn wood and started selling some pieces. Soon after, the pair started Burdittray.

“I have a bunch of friends in rural Missouri,” Burditt said. “If they have old barns they are getting rid of, we make a trip. So far we have been lucky enough to take the structures off their hands, but are willing to pay for some in the future if necessary.”

Barns are dismantled by the pair and the salvaged wood is used to create each unique piece. The heritage of the wood and the added contemporary touch is the perfect blend of today and tomorrow.

“A lot of people from coastal cities do not know much about the Midwest, so wood from an old hay loft made into furniture has a certain captivating value,” Burditt said. “It isn’t fake, or made to look old on purpose. There is a story behind the wood, making the furniture one of a kind.”

Burdittray named their first collection of wood furniture MIZZOU ROAD. A piece of Burdittray furniture was recently featured on HGTV on the “Celebrities at Home” program with soap star Galen Gering. 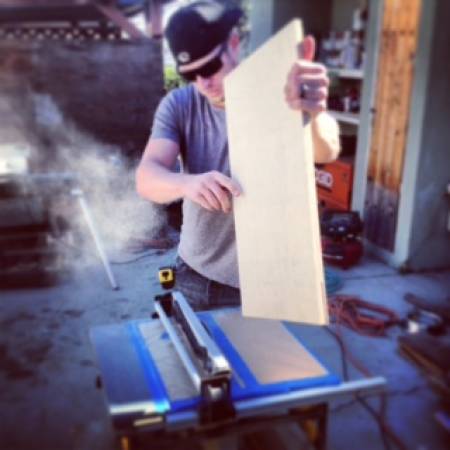 Burditt in the shop designing a piece of Burdittray furniture.

“My favorite part of MU was the whole college experience,” Burditt said. “I grew up in a small town [Warsaw, Mo.], so a college town, with the sports and city, was eye-opening. My favorite part of CAFNR was the personal level in the classroom. The professors were willing to work with you and help.”

Burditt lives in Los Angeles with wife, Krista, who works as a personal assistant for actor Gerard Butler, and son Avin, 2. They are expecting a daughter, Ella, at the end of April. He enjoys hunting and fishing, football games, playing with his black labs, and anything else outdoors. Burditt goes on a fishing trip with his father in Canada every year. He tries to make it back to Columbia every year for a football game.

“My advice to all MU students is to have fun and enjoy your time in college,” Burditt said. “Don’t stress so much about where you’re going to end up that it ruins your future. Exams are stressful, but are nothing like the challenges you face the rest of your life.”

You can visit Burdittray online here.