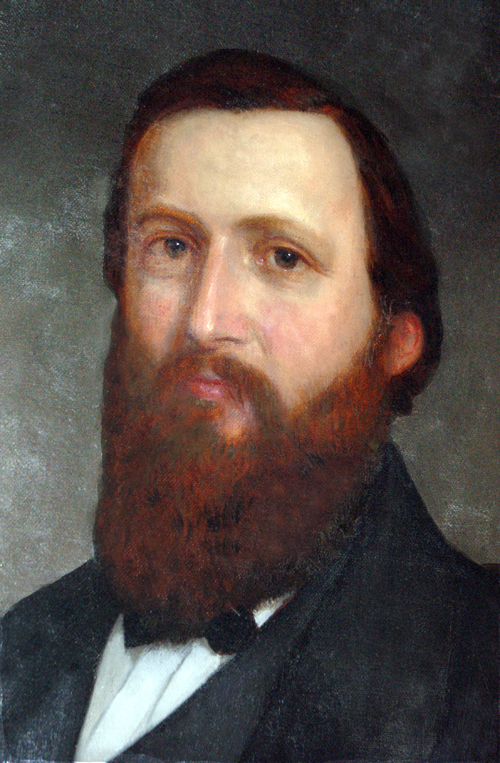 A bit of agriculture history can be found in the CAFNR Dean’s Offices.

The two pieces of furniture and a portrait are tied to William Henry Hatch (Sept. 11, 1833 – Dec. 23, 1896), the U.S. Congressman who in 1877 wrote legislation known as the Hatch Act of 1877. This act established state agricultural experiment stations for land-grant colleges across the nation.

The furniture pieces, a hutch and a close stool (a chair with a hidden chamber pot in the absence of indoor plumbing), belonged to Hatch and were donated to the College after his death. The furniture came from his Congressional office.

The portrait of Congressman Hatch is thought to have been painted by noted Missouri artist George Caleb Bingham. Bingham (March 20, 1811 – July 7, 1879) was an American artist whose paintings of American life in the frontier lands along the Missouri River exemplify the Luminist style. Left to languish in obscurity, Bingham’s work was rediscovered in the 1930s. By the time of his bicentennial in 2011, he was considered one of the greatest American painters of the 19th century.

The Hatch Act of 1887 gave federal funds, initially of $15,000 each, to state land-grant colleges to create a series of agricultural experiment stations, as well as pass along new information, especially in the areas of soil minerals and plant growth. The bill was named for Congressman Hatch, who chaired the House Committee of Agriculture. State agricultural stations created under this act were usually connected with land-grant state universities founded under the Morrill Act of 1862.

More than 20 Agricultural Experiment Stations  – scattered throughout the state – are part of the University of Missouri and are a direct creation of the Hatch Act. Their research is geared to making the most effective use possible of the state’s natural resource base, including its people resources, in an increasingly global economy. 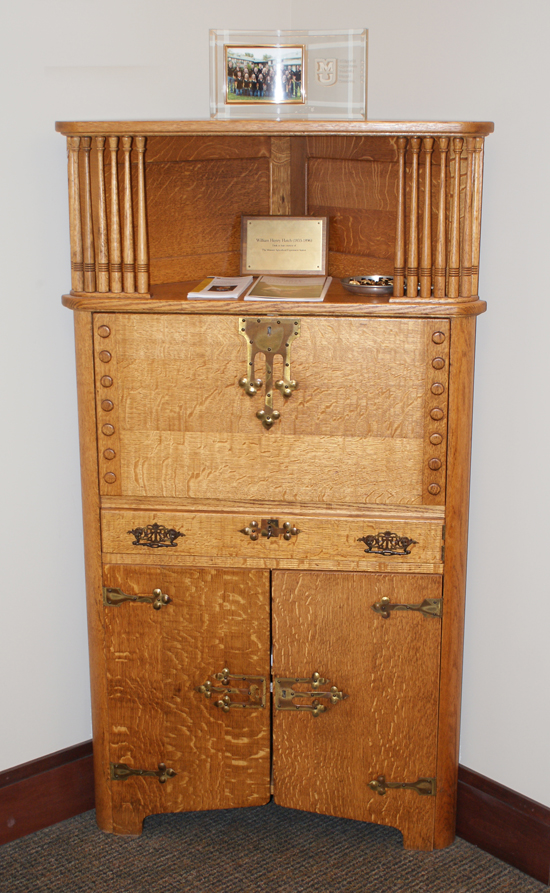 A hutch once owned by William Henry Hatch. 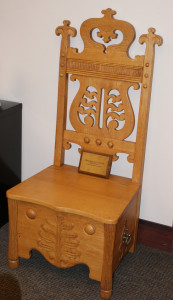 A close stool, often referred to as a commode, that came from Hatch’s Congressional office.

While William Hatch is by no means a household name, his name is synonymous with the agricultural experiment stations nationally that were founded by his legislation. He is best remembered through the many laboratories and lecture halls named in his memory at land-grant institutions across the United States. In his hometown of Hannibal, Mo., a bronze statue was erected in his name in 1914, nearly 20 years after his death, which still stands in the center of that town today. In 1987 a plaque was added to this monument commemorating the centennial of the Hatch Act.

He is also the namesake of Hatch Hall, a residence hall at Mizzou.

Many stations founded under the Hatch Act later became the foundations for state cooperative extension services under the Smith-Lever Act of 1914.