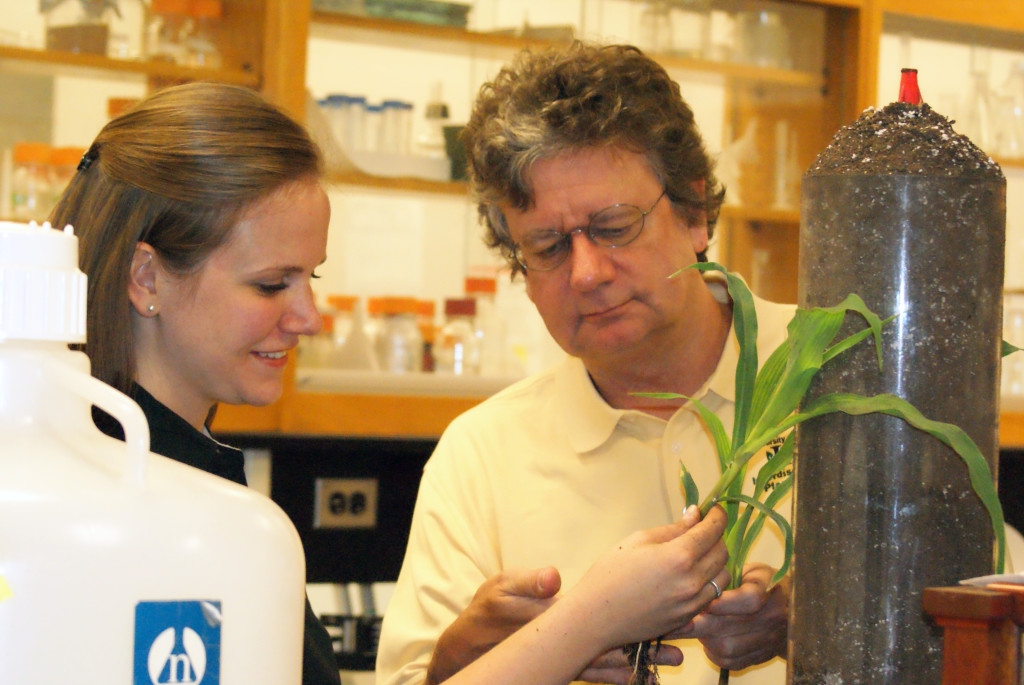 Sharp was nominated by Hallie Thompson and other students in the Plant, Insect and Microbial Sciences graduate program.

Only nine Gold Chalk Awards are presented each year.  The GPC Gold Chalk Awards are designed to recognize professors who have made significant contributions to the education and training of graduate and professional students. One person is recognized from the Schools of Medicine, Law, the College of Veterinary Medicine, and from each of the Graduate School’s six academic divisions: Behavioral, Biological, Mathematical, Social, Physical Sciences, and Humanities.

Sharp earned his Ph.D. from the University of Lancaster, UK, and performed his postdoctoral work at the University of Illinois at Urbana-Champaign and the University of California-Davis.  Among his awards are the UK Society for Experimental Biology President’s Medal and the MU Distinguished Award in Research given by Gamma Sigma Delta, the  honor society of agriculture.  In 2007, Sharp was elected as a Fellow of the American Association for the Advancement of Science (AAAS).