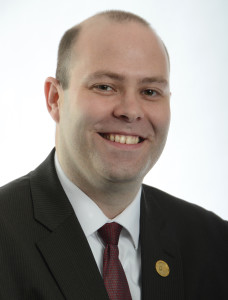 Kitchel is not only coordinator for MU’s agricultural education program with Great Plains IDEA, AG*IDEA, he also chairs the national group for ag education.

Kitchel grew up in western Ohio with a traditional agriculture background, where he was highly involved in both 4-H and FFA. He attended Ohio State University and completed both a B.S. and an M.S. in agricultural education in 1998 and 1999. After graduating, he taught agriculture at Archbold High School in Ohio for three years. Kitchel was then admitted to the Ph.D. program in agricultural education at MU. His received the university’s Donald K. Anderson Outstanding Graduate Teaching Assistant Award in 2005.

Great Plains IDEA began in 1994 as a group of Human Sciences academic administrators who shared a common interest in educating professors through technology and distance education programs. Great Plains IDEA is not an institution, but an alliance between universities to provide online courses to other member universities. One institution is a producer of an online course, and the other institutions consume the course. Intuitions must play both roles.

Since then, Great Plains IDEA has helped students of all ages and backgrounds learn from the best professors in their fields and earn degrees from some of the nation’s finest universities. Great Plains IDEA is now a partnership of 20 public university members providing access to the best educational opportunities by developing and delivering high-quality, online academic programs.

AG*IDEA is an affiliate under Great Plains IDEA. They came together to offer a variety of educational programs to member colleges. The agricultural education division falls under AG*IDEA.

“Under Dr. Kitchel’s excellent leadership, the group was able to progress from a loose coalition of university representatives to a high-functioning team of program coordinators,” said Robert Terry Jr., head of the Oklahoma State University agricultural education program. “I am impressed with how well he helped the workgroup clarify its purpose and goals, while also managing the intricacies involved in working with a variety of institutions with assorted needs.”