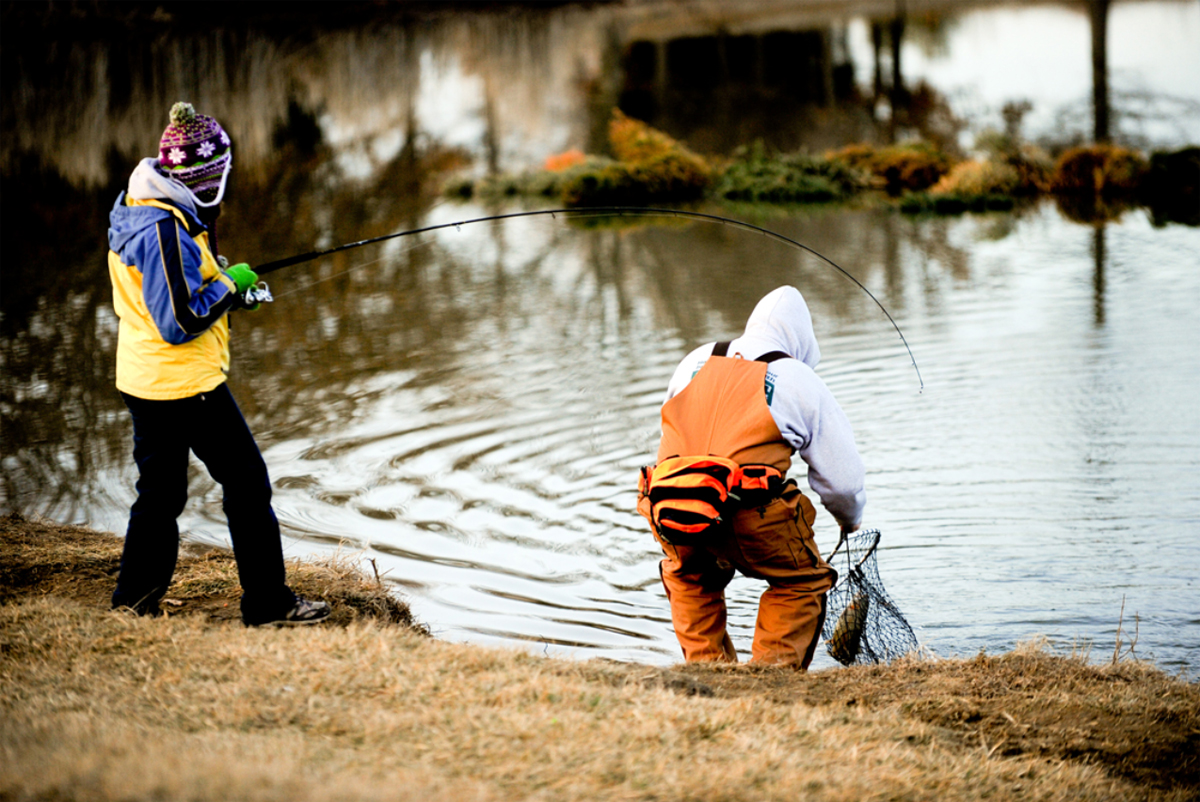 Sarah Vaughn, left, reels in her catch while her dad, Larry, helps her net the first fish of the day.

Fishing always has been a hobby for MU associate professor Mark Morgan. Since moving to Missouri a decade ago, he has discovered the wide variety of fishing Missouri waterways have to offer: hold bass, trout, crappie, catfish, walleye and more. He also has encountered many techniques used by fishermen, such as catfish noodling, paddlefish snagging and sucker gigging.

Through his research, Morgan has visited with numerous anglers around the state, and each has a fishing story to share.

“I find their stories fascinating,” Morgan says. “Fishing stories occupy a special place in Missouri folklore, but they are rarely documented.”

He is out to change that. This spring Morgan is teaching a course at Mizzou that will culminate in the publication of a book of fishing stories told by Missouri anglers. 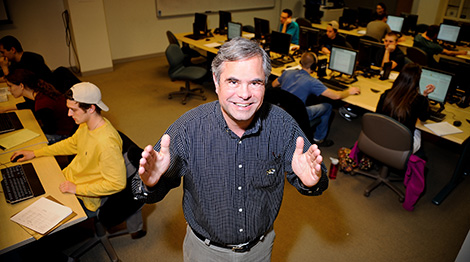 MU associate professor Mark Morgan in his Social Aspects of Fishing class, where about 15 students work on a book about anglers in Missouri.

MU associate professor Mark Morgan in his Social Aspects of Fishing class, where about 15 students work on a book about anglers in Missouri.

Last fall Morgan and graduate assistant Jennah Sontag began collecting fishing stories statewide. They surveyed licensed anglers, reached out to students, faculty and staff at MU, questioned shoppers at Columbia’s Bass Pro Shop and even visited some retirement homes around the state. By the first of the year, they had collected more than 75 stories.

Some stories are about everything except the actual catching of a fish.

Fitzpatrick says she reeled in several trophy-size fish that day.

“Every time I cast my line,” she continues, “I pulled in another huge fish. My dad was so proud of me and got teary eyed. It was the best day we ever had as a dad and daughter. I will never forget that day.”

Similar stories continue to come in. There is a story of a father and son who resolved conflicts between them by spending several hours fishing together. Another writer describes the Snoopy fishing rod she became attached to when she was 12 years old.

“These are great stories because they talk about relationships made with people or nature,” Morgan says. 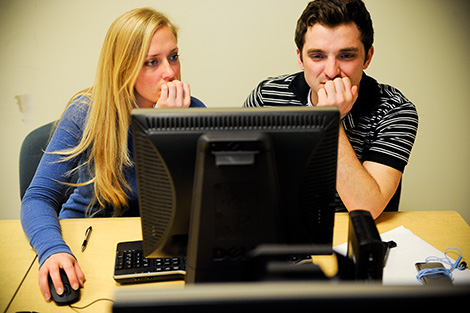 About 15 students are enrolled in Social Aspects of Fishing, a special-topics writing-intensive class offered by the Department of Parks, Recreation and Tourism. Students enrolled in the course read books about fishing folklore, study what fishing means to people and examine the stories the sport can produce.

The production of a book is the main objective of the course. Students scour through the submissions and then edit them for publication.

“We won’t modify the stories much,” Morgan says. “We want the stories to be in the words of the fishermen and women. We want the terminology and expressions that they use to be part of their story.”

Whatever Floats Your Boat

Morgan has observed a variation in the reasons people go fishing. For many, fishing is a way to relax; the peacefulness they experience while taking in nature’s beauty is the main attraction. However, through his research Morgan has met a group of fishermen who participate in the activity not to relax but for the adrenaline rush.

This group of anglers use their bare hands to catch catfish in a technique called noodling. Noodlers place their hand inside a catfish hole. When a catfish latches onto their hand, the noodler grabs the fish by the jaw and pulls it out.

“They get a rush from it,” Morgan says. “They tried to get me to try it, but that wasn’t my idea of fun.”

Noodling is illegal in some states, including Missouri, but that hasn’t stopped the fishermen and from sharing their stories with Morgan.

“Dr. Morgan’s project is a great opportunity for the Board to support the development of a new course, especially one that is so innovative and will allow students to write toward publication.” CWP director Amy Lannin says.

Morgan hopes that the book gets the attention of non-anglers, promoting dialogue about fishing and possibly increasing participation.

The number of anglers is on the decline around the country. Today’s youth may be more likely to fish on a Wii than on an actual body of water. Through this book, Morgan hopes to demonstrate the positive experiences that fishing can provide.

“What is important is first that the students learn the act of putting together a book,” Morgan says. “Second, we want to get the word out about fishing and what it can mean to people.”

The stories describe several benefits of fishing such as being outside and the camaraderie formed with others.