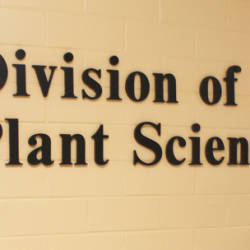 After years of enduring floods and isolation that can only come from working in the basement of a former bomb shelter, the Division of Plant Sciences offices have moved to a new location (above ground) in the Agriculture Laboratory Building. Here Dr. Mike Collins shows off their new sign. The Agriculture Laboratory Building was constructed in 1949 as a free standing building and originally contained MU’s soils labs. In 1961 it was joined to the Agriculture Building. The basement of the Agriculture Building, where Plant Sciences used to have its offices, was the designated campus fallout shelter during much of the Cold War. 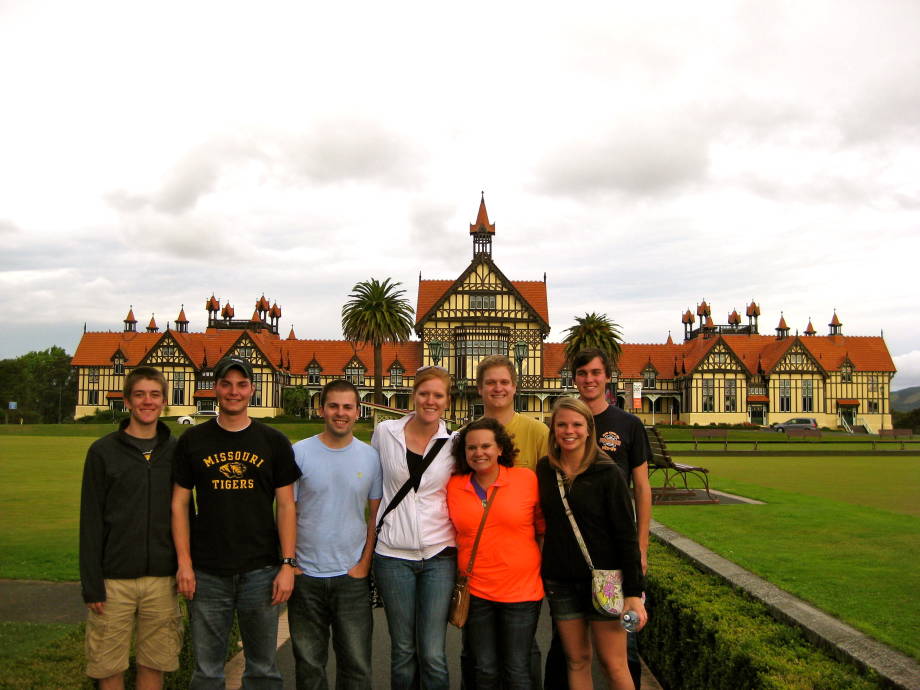 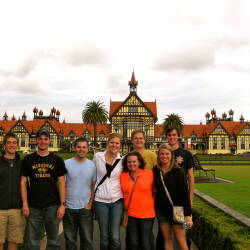 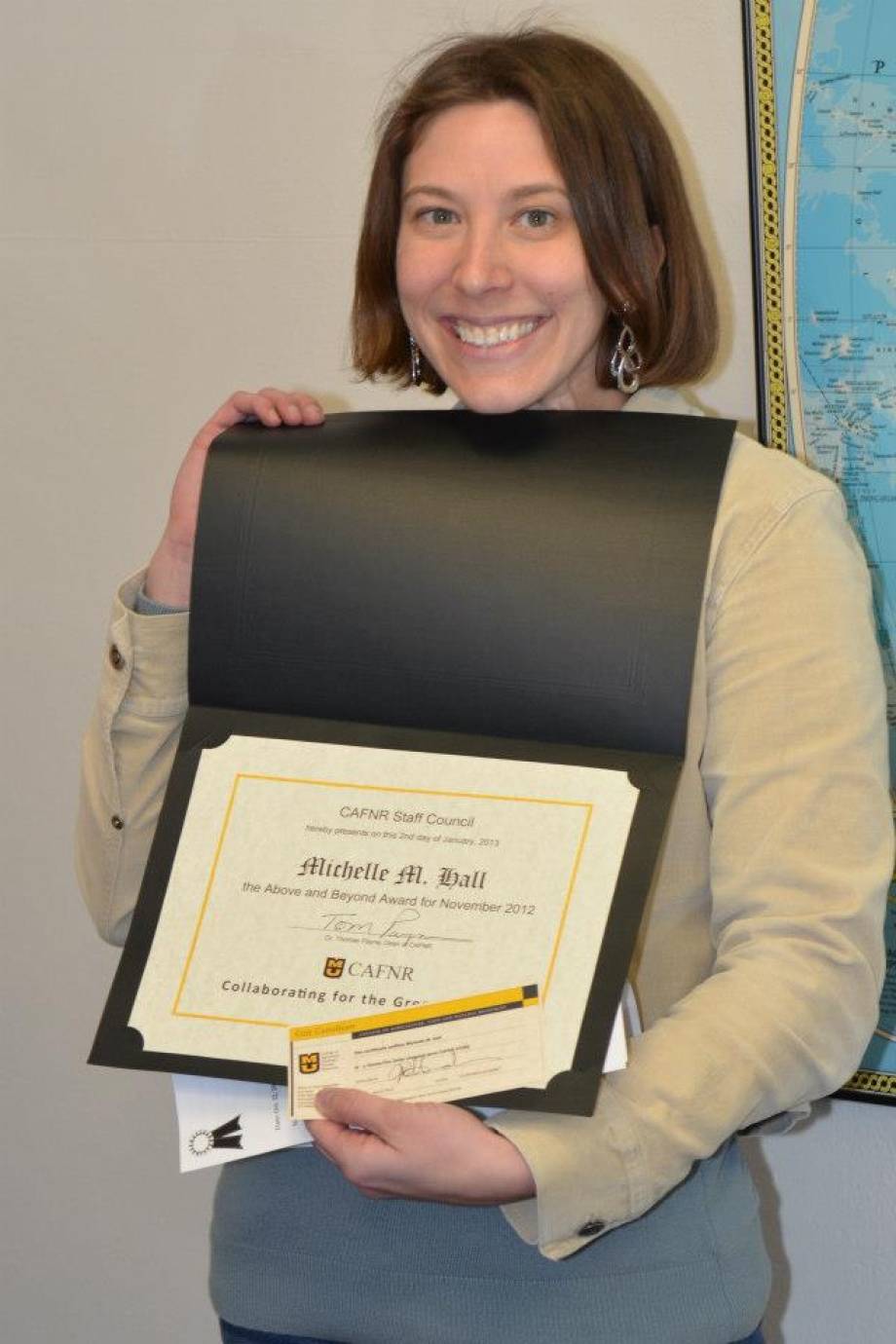 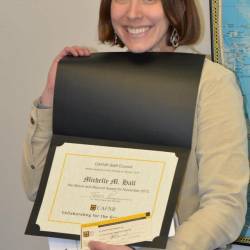 Michelle Hall, marketing communications coordinator, CAFNR Communications, was awarded the Above and Beyond Award for November 2012. CAFNR Staff Council presents the award each month.