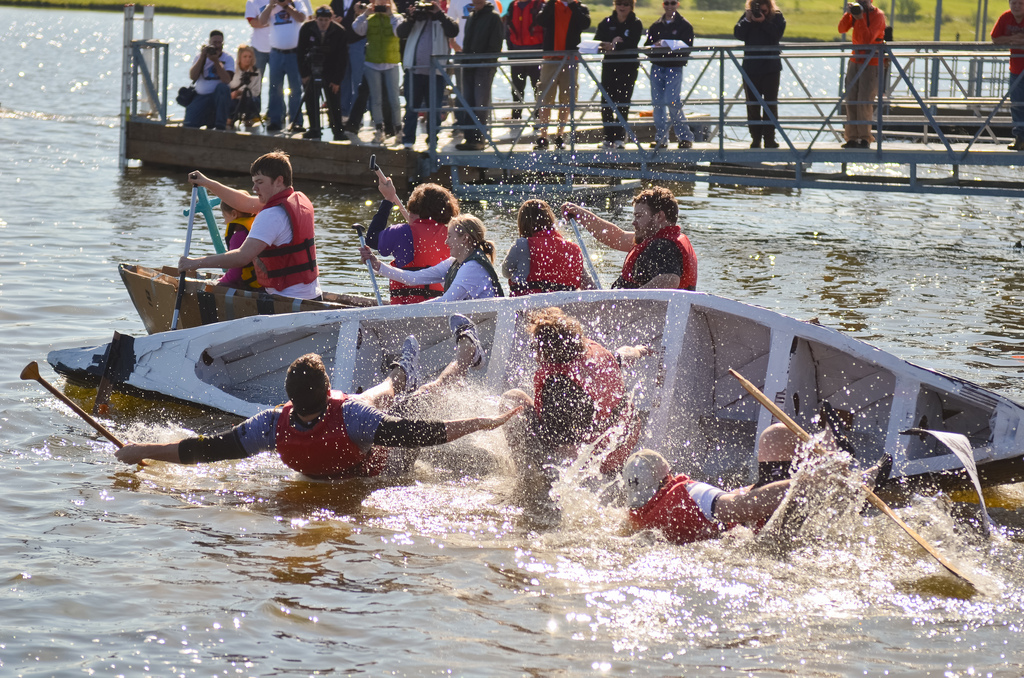 Registration has opened for an April cardboard boat race that will help feed hungry people. 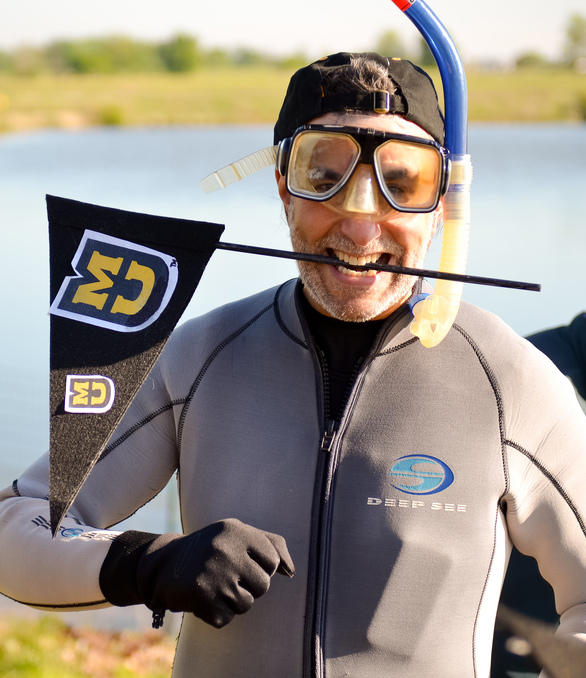 The second annual Float Your Boat for the Food Bank will occur April 20 at Bass Pro Shops lake in Columbia.  The fundraiser is sponsored by the College of Agriculture, Food and Natural Resources (CAFNR) at the University of Missouri and The Food Bank for Central and Northeast Missouri.

The race gives amateur boat builders a chance to row their cardboard and duct tape creations to victory or sink trying.  Proceeds are donated to The Food Bank.

The Bass Pro Shops lake will allow for a longer course than last year, said Todd Pridemore, development supervisor at The Food Bank.  “Feedback said people wanted a longer and more competitive race, and more sinkings,” he said.  There will also be new pre-race activities and a fair area for the kids. 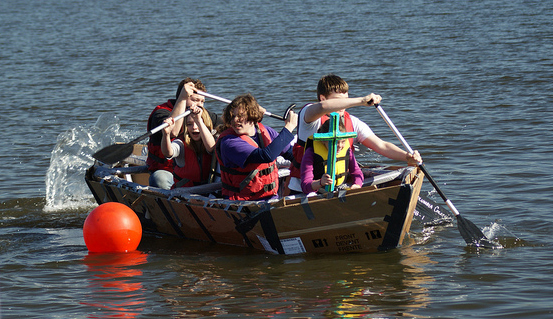 While some boats were complex, others were just cardboard and duct tape.

“Teams are encouraged to get creative when building their cardboard boats, but the rules will be more strictly enforced this year,” said Kristen Smarr, director of communications at CAFNR.  Last year, boats covered entirely in duct tape or that used prohibited construction techniques made it into the featured races.  In 2013 such craft will have to race in a special Pirate Class.

Prizes will be given to teams who win, have the best decorated boat and make the most unusual use of cardboard. There will also be the Titanic Award for the Best Sinking. Local celebrities will serve as judges. 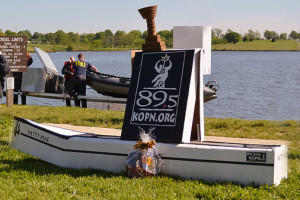 The winning boat in 2012 was the Patty Mae, sponsored by KOPN Community Radio and captained by David Owens.  He and his crew rowed from a boat ramp, past a buoy and to the dock that served as the finish line in 40.72 seconds.

Teams can register at floatforthefoodbank.org.  Corporate sponsorships are available by contacting Pridemore at The Food Bank, 573/474-1020, tpridemore@sharefoodbringhope.org.