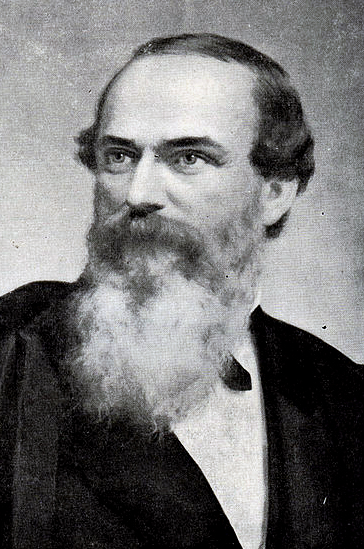 It’s taken for granted today that the College of Agriculture, Food and Natural Resources should be located within the University of Missouri.  In the days when the state was struggling to recover from the Civil War and had no ag college, this was no cut-and-dried proposition. In fact, it took eight years of political argument to determine agriculture’s new home.

In his 1944 book The History of the Missouri College of Agriculture, Frederick Mumford said the sleepy pre-war debate on the establishment of an agriculture college sharpened to a razor’s edge in July 1862 when Congress enacted the Morrill Act granting each state 30,000 acres of land for each representative and senator for “the endowment, support and maintenance of at least one college…related to agriculture.”  Under the act, Missouri was entitled to 270,000 acres.

This was an unbelievable dowry to a poor state made more impoverished by war.  Most cities and counties immediately vied to have the college located within their boundaries – St. Louis, Marshall, Rocheport, Kansas City and Washington. Politicians affirmed that they would bring the college home to their constituents, and civic organizations pledged inducements to make their applications more appealing.  The St. Charles Cosmos newspaper, for example, urged local businesses to endow 10 professorships to bring the prize to their town.

There seemed only one broad area of agreement – that the University of Missouri should not be the home of the new college.

Support for an Independent College

The influential Missouri Board of Agriculture – made up of farmers, businessmen and politicians – opposed connecting the new college to the university.  Their secretary reported to the Missouri General Assembly in 1865 that “beyond a shadow of a doubt” Congress intended that an independent college be established. The board cited wording in the law that prohibited funds from repairing or adding onto existing buildings. Growing an existing campus, the secretary wrote, violated that stipulation. (Kansas, as many other states, created a separate agricultural college, today’s Kansas State University.) In fact, he claimed that a strict reading of the federal legislation favored four colleges of agriculture, one located in each corner of the state. 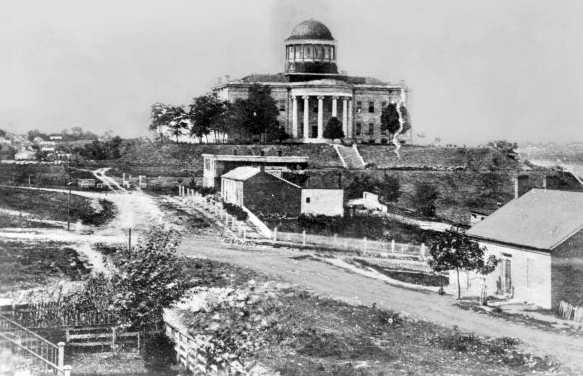 The Missouri Agricultural College Bill, written with the board’s recommendation to establish four independent colleges, “went down with a crash on February 17, 1866,” according to Mumford. Its main problem was that dozens of legislators fought for a college in their area and refused to compromise on any other location. As the Morrill Act stipulated that agreement for the new college had to be in place no more than two years after the federal act’s passage, it looked like Missouri would lose everything. Fortunately, Congress enacted a new provision that gave Missouri five more years to figure things out. 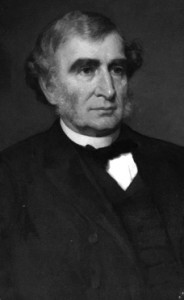 There were only a few early voices favoring a Mizzou connection. James Rollins, congressman from Missouri’s ninth district and considered one of the founders of the university, argued that the MU was the logical site as a library already existed there, and the university had a permanent endowment of $130,000 ($2,886,319 in 2011 dollars, adjusted for inflation) and a “corps of scientific men.” At MU, an agricultural college could be put into operation at once. 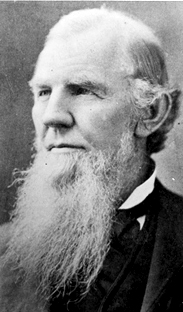 Born in Fayette County, Kentucky, William Switzler (1819–1906) began working for newspaper … Expand ▸Born in Fayette County, Kentucky, William Switzler (1819–1906) began working for newspaper printing companies at a young age, where he developed a lifelong passion for writing. In 1841, Switzler became editor of the Patriot newspaper in Columbia, later changing the name to The Missouri Statesman after becoming co-owner of the publication in 1843. Switzler, a long-time member of the Board of Curators, gained notoriety as a preeminent journalist in Missouri after the Civil War. As a state representative for Boone County, Switzler was a strong supporter of education and was later elected to chair a committee on education for the state. In 1909, the oldest academic building on campus was renamed Switzler Hall in his honor. He is buried in Columbia, not far from George Swallow. Courtesy University of Missouri Archives.

His was a respected, but nonetheless ignored, voice. Most Missouri farmers, according to newspapers of the day, preferred an independent college. They argued that MU was a liberal arts institution that had little interest in practical fields like agriculture – or farmers.

Rollins, Col. W.F. Switzler, Col. Samuel Young, Col. Thomas Anderson and attorney John Slack, argued back that a university-affiliated college would, for all intents and purposes, be an independent college. Better yet, an MU college could leverage chemistry and technical education resources already in place. Ag graduates would be more than smart farmers, but highly educated individuals in diverse sciences who could apply their knowledge to boost Missouri yields.

With the wreckage of the bill to create four Missouri colleges of agriculture still burning, a new bill to create two colleges – one north of the Missouri River and one south of it – was introduced and voted down. Legislators couldn’t come to agreement on subsequent bills that would have brought the college to Cole County, Rolla, Rocheport and other places. Still another shot-down bill advocated forgetting about a college of agriculture altogether and use the Morrill lands to endow K-12 agricultural education throughout the state.

In 1865-1866, the Missouri State Board of Agriculture revised their recommendations to just one Missouri college of agriculture, as long as that institution was independent of MU and that the administration be “placed in the hands of the industrial classes.” The respected Missouri State Horticultural Society agreed. 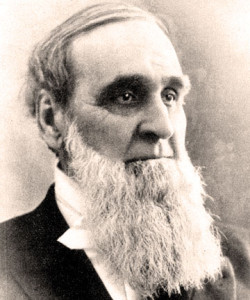 In 1867, Geology Professor G.C. Swallow, who would eventually be the first dean of MU agriculture, joined Rollins and the others to lobby stakeholders that the university would run the school for the public good and was the best choice.

Swallow pointed out that the federal grant of land represented the greatest single endowment to higher education in the history of Missouri. The value of these lands was placed at a fantastic $366,480 ($8,136,756 in 2011 dollars). That, he said, was more than a county or city without experience in higher education could handle. He said the location choice should be made according to who could best teach agriculture and what was most beneficial for the economic growth of the state.

Swallow’s and Rollins’ efforts gained support in the location debate – like it or not, an affiliation with MU in Columbia was a point that no other community could make. Then, the people of Boone County pledged $30,000 ($666,073 at today’s value) to erect buildings and buy livestock. They also agreed to donate 640 acres of land for an experimental farm. Rollins and Swallow pledged property, too. No other locality had made such a strong show of financial support.

That left one last, but persistent, point of contention, Mumford said. That was that an agricultural college was “essentially unlike” an existing literary college, and therefore should have its own leadership.

In 1867 with Congress’s new deadline looming, the Board of Agriculture and Horticulture Society feared that without compromise the opportunity for a Missouri college of agriculture would be lost. Reluctantly, they agreed that Columbia, and MU, was their best shot.

The organizations went on record stating that while they still preferred an independent college, they would accept a MU affiliation if control of the college was “placed in some measure under control of farmers of the state,” The MU Board of Curators responded with a pledge to support agricultural education in such a way as to be “far more useful to the whole people.”

Two days after Christmas 1867, the MU Board of Curators directed Swallow to help Rollins draft a bill establishing a College of Agriculture at the University of Missouri. In March 1868, the bill known as the Curators’ Bill was passed by the Senate by a vote of 19 to 9, but was defeated in the House, 57 ayes to 51 nays – two-thirds being necessary for passage.

More compromise was needed. That was the establishment of a separate school of mines – now Missouri University of Science and Technology in Rolla – with one-fourth of the Morrill Act funds. This bill passed the House 79 to 41 and the Senate 19 to 10. Missouri Governor Joseph McClurg signed it into law February 24, 1870. The inclusion of the school of mines is why the new college was initially called the MU College of Agriculture and Mechanical Arts.

The Columbia Missouri Statesman newspaper, edited by Switzler, spread the news under the headline: “Demonstration of Joy.” His story called MU the “Oxford of the West.” University President Daniel Read ordered the MU bell (today in Switzler Hall) rung and a celebration begun.

It took eight years to get the job done. Missouri was the last of the organized states at the passage of the Morrill Act to establish a college of agriculture.