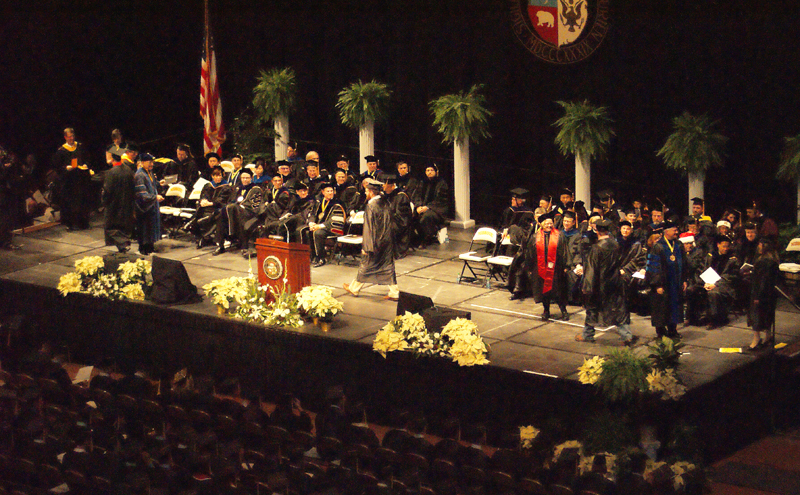 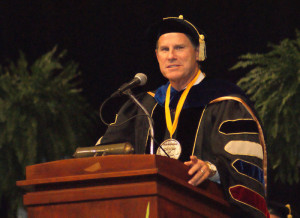 Tim Wolfe, president of the University of Missouri System.

Tim Wolfe, 23rd president of the University of Missouri System, challenged the 2012 December graduates of the College of Agriculture, Food and Natural Resources to use their new skills and knowledge to make a difference in the world.

Wolfe was the college’s commencement speaker and is a 1980 MU College of Business graduate. He grew up in Columbia. In 1995, he graduated from Harvard Business School’s Advanced Management Program.

“Your education will allow you to see the world,” he said.  “You are well prepared for what’s ahead.”

Wolfe challenged the students to create their own legacy.  “Use your talents, education and ability to work hard to make a difference in the world.”

Wolfe began his career in 1980 at IBM Corporation in Missouri, first as a sales representative in Jefferson City then as a manager in Kansas City. For the next 20 years, he assumed progressively more responsible management positions, leading to vice president and general manager of the global distribution sector. 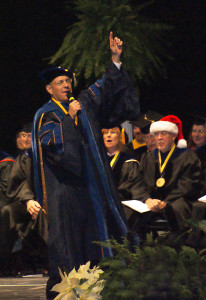 From 2000 to 2003, Wolfe served as executive vice president of Covansys, a global consulting and technology services company headquartered in Michigan. In 2003, he joined Novell, a leading provider of infrastructure software. As President of the Americas and as a member of the senior management team for the organization, he was responsible for more than 3,000 employees and partner firms in the United States, Canada and Latin America. Wolfe was influential in developing the company’s overall strategy, product development, mergers and acquisitions, marketing investments and community service initiatives. 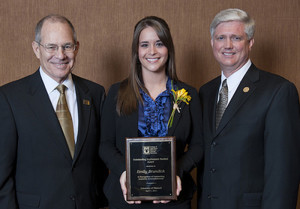 She has worked as a research assistant for MU’s Food and Agricultural Policy Research Institute in a position that required detailed work and absolute precision.