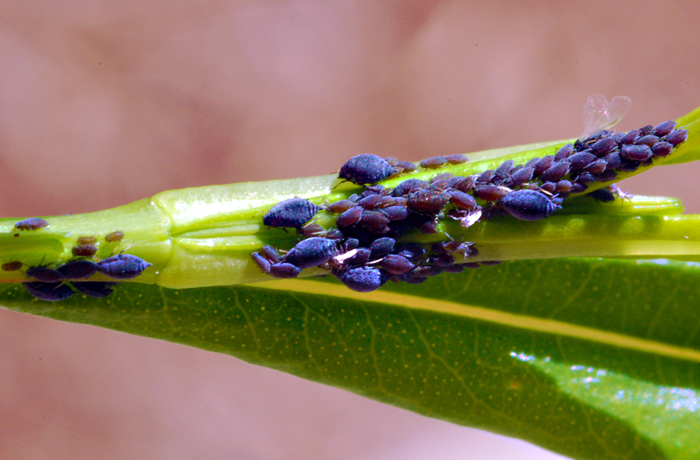 The University of Missouri has Jesse Hall and Truman the Tiger. It now has its own insect.

Aphis mizzou, a member of the aphid family, has been officially described in October in Zootaxa, a peer-reviewed scientific journal that describes newly identified organisms.

Aphis mizzou has been found only on the Mizzou campus so far, specifically around the Recreation Center. It lives on St. John’s Wort plants there, said the bug’s discoverer, Ben Puttler, assistant professor emeritus of plant sciences at the College of Agriculture, Food and Natural Resources.

Puttler first noticed the insect in 2005 when he was investigating how parasitic wasps feed on another aphid, the Aphis hyperici.  When he noticed the dark-colored insects again, he cataloged their differences.  He worked with a colleague, Doris Lagos in the Department of Entomology at the University of Illinois, to confirm that the insect had not been previously described. 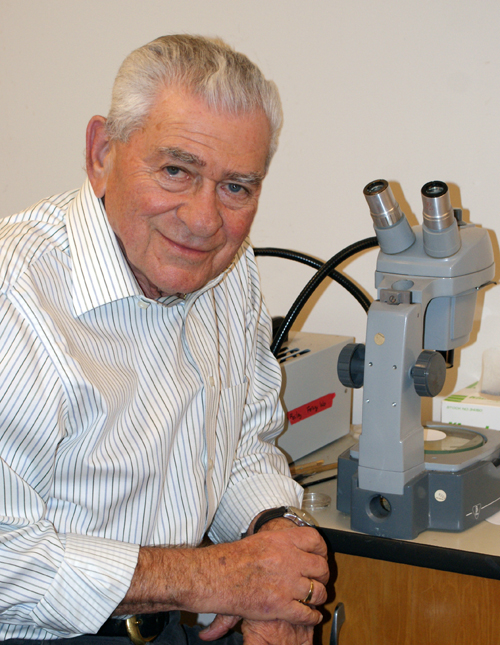 As the discoverer of the bug, Puttler got naming rights.  He said that since the insects are known only to live on the MU campus, it was natural to name them after Mizzou. Puttler previously discovered six other bugs – one he named for his wife.

Aphids are tiny insects that live by feeding on the sap of plants. Nearly all annual and perennial plants, including shrubs and trees are potential hosts for aphids, which can be found from the growing tips and flowers to the roots. Aphid feeding can distort plant tissues, crumpling leaves, stunting and bending stems. Aphids excrete honeydew, which is used as a sugar source by other insects including ants, which are often found tending colonies of aphids.

While there are approximately 5,000 described species of aphids in the world, only 150 of them live in North America.  Approximately 10 percent of aphids can damage cultivated crops or spread plant viruses.

Puttler’s research details the biological control of pests – how naturally occurring insects and other biotic agents can fight crop pests and weeds.

The bug’s uniqueness was confirmed by molecular tests at the University of Illinois.  Aphis Mizzou is considered a new aphid because of its five-segmented antenna, shape of the abdomen and its color.  Its head, thorax and abdomen are black, but seem to be dusted with a white wax.  An individual Aphis mizzou is smaller than a grain of pepper.

So far, Aphis mizzou doesn’t seem to be harming anything, Puttler said. It seems to simply want to feed primarily on tender young leaves of the St. John’s Wort plant.