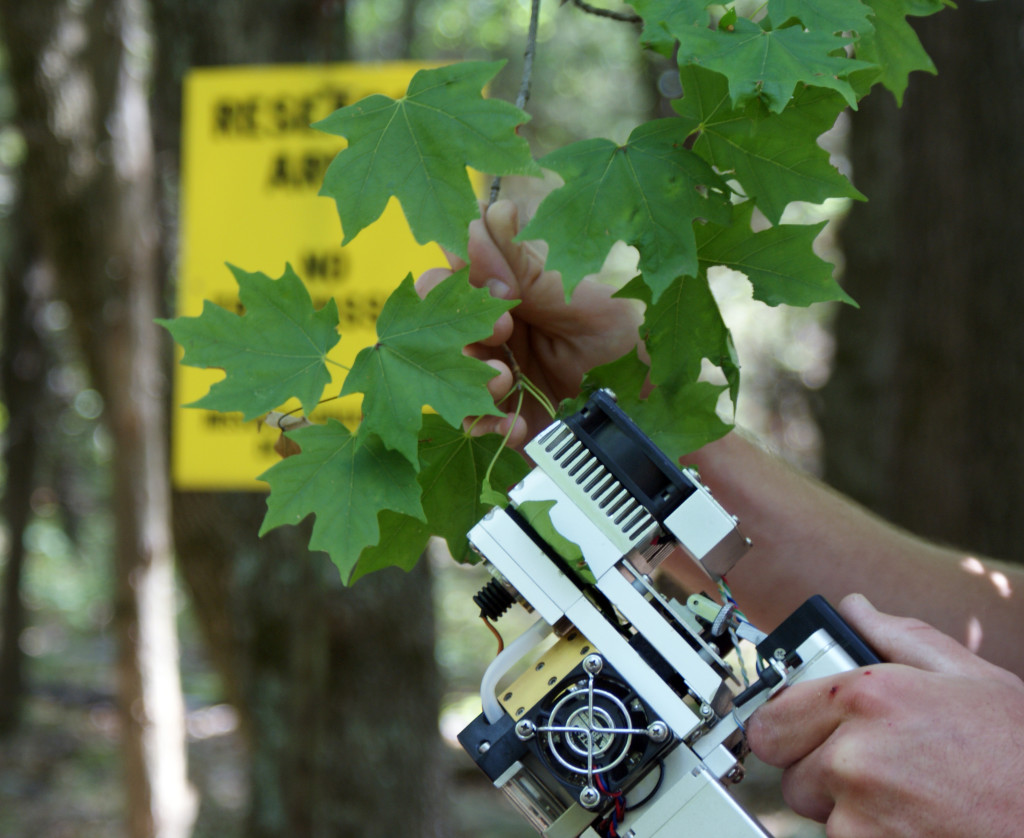 It’s a question University of Missouri forestry professor Steven Pallardy has been exploring for the last several years at Baskett Research and Education Area near Ashland, Mo. The answer could provide insights that inform forest management and potentially impact energy and environmental policy on a continental scale.

The project, known as MOFLUX, is a collaboration that involves the MU Department Of Forestry, the Environmental Sciences Division of Oak Ridge National Laboratory and Atmospheric Turbulence and Diffusion Division of NOAA, and measures the carbon and water balance of Missouri’s oak-hickory forests on a large scale. It’s part of a network of more than 80 “Ameriflux” sites across North, Central, and South America continually monitoring fluctuations in water vapor and CO2 on an ecosystem level.

Pallardy explains the process and goals:


Nestled on the transition point of forest and prairie, known as an ecotone, and with a deciduous, multi-species, relatively undisturbed forest, researchers determined the Baskett area would be an important site for long-term study more than a decade ago. 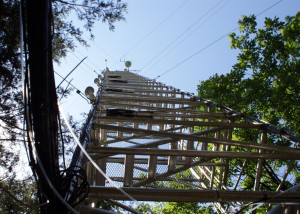 The “breath” of the forest, through CO2 uptake by photosynthesis and release by respiration are the key measures determining whether the forest is a sink or source of CO2.

Here Pallardy explains the annual cycles of the forest and their impacts on carbon capture:

Later this November they’ll take the research below ground, where Oak Ridge National Laboratory will install mini rhizotron cameras to monitor the growth cycle in the rhizosphere, the area surrounding roots in the soil where the biology and chemistry of the soil are influenced by the root.

How will this impact future policies and forest management? Pallardy discusses the implications here: 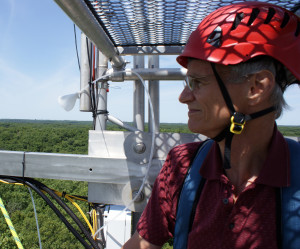 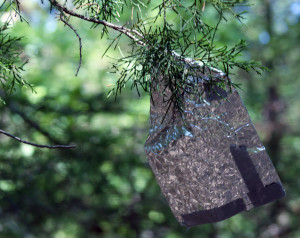 Leaves are covered in the afternoon and then measured the next day to assess the dark respiration, or respiration rates of leaves at night. 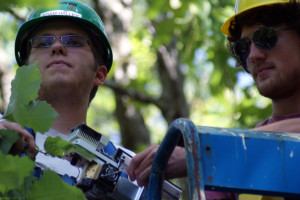 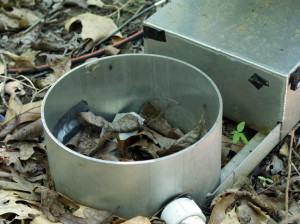