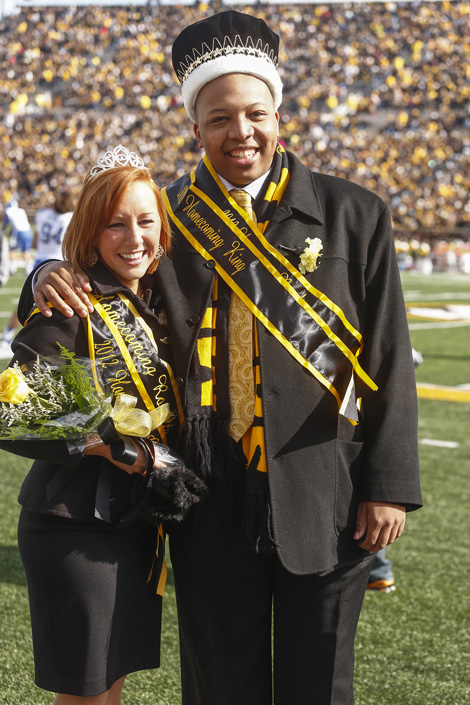 The 101st University of Missouri Homecoming is in the history books and the CAFNR Student Council and two students did well in the festivities.

In the Service matchup, CAFNR Student Council placed second, beaten out by seven MU organizations who tied for first.

CAFNR Student Council placed first in the Blood Drive championship – one of the nation’s largest college-based drives – along with Alpha Kappa Psi, the Alumni Association Student Board and Delta Sigma Pi.  The blood drive collected 5,105 units of blood.

Xavier “X.J.” Billingsley, a senior majoring in Parks, Recreation and Tourism with an emphasis in Sport Management, and Morgan Adrian, a senior majoring in Hospitality Management, were crowned Homecoming King and Queen during halftime at the Homecoming football game.  Bryan Garton, associate dean director of academic programs, said this was the first time that he could remember a king and queen coming from the same college. 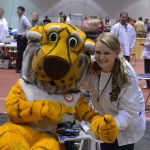 The Homecoming tradition at Mizzou has its roots to an 1891 football game between the Mizzou Tigers and rival University of Kansas Jayhawks.  Subsequent games were usually held on fields in Kansas City, but a rules change brought the annual matchup home to the college towns.  Chester Brewer, MU’s director of athletics, had a vision. His vision, to add some excitement to the rivalry, was to invite alumni to “come home” for the game.

As part of this celebration of “coming home,” there was a parade and spirit rally to coincide with the actual game. In 1911, with a spirit rally, parade and more than 9,000 fans packed into Rollins Field (current site of Stankowski Field), the tradition of “Homecoming” at the University of Missouri and has served as a model for the various Homecoming celebrations that take place across the nation.