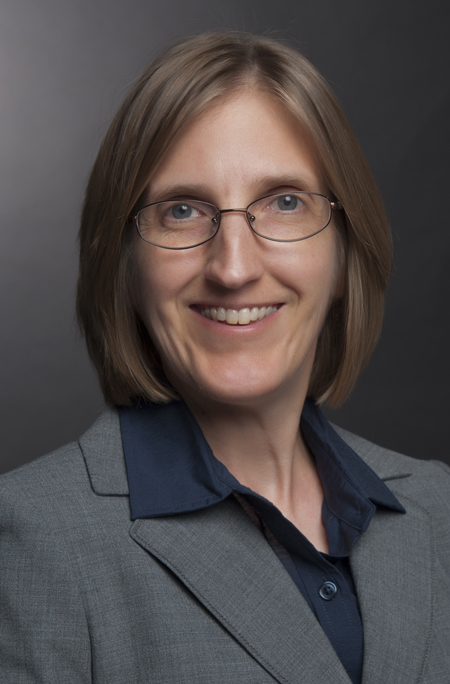 The first hire of the Mizzou Advantage program is in the College of Agriculture, Food and Natural Resources.

Christine Elsik has a joint appointment in the animal and plant sciences divisions. Elsik, who comes to Mizzou from Georgetown University, specializes in analyzing genomes.

“Mizzou Advantage is designed to provide a lot of support and put people together from different disciplines to solve real-world problems,” Phillips said.

“It is part of our plan over the next four or five years to have 20 new hires,” Phillips said. “A big focus of Mizzou Advantage is networks, so we put together people from different disciplines who are working on particular projects in their areas of expertise. All of these hires are then intended to bridge those networks to make them larger and stronger.”

Elsik works on the sequences of beef cattle. She said her work can provide information that can lead to gene markers to help select animals for production traits.

“Genomes consist of billions of nucleotides, but only a small fraction of those code for the genes that actually do the functions that many biologists want to learn about,” Elsik said. “Basically, I’m the bridge between the sequencing output and the researchers who use the sequence.”

Elsik said researchers like her may also identify genes that are related to disease and stress resistance and then develop better ways to manage animal health by knowing what those genes do. “There are a lot of different applications that can be used for animal management,” she said.

Another area that Elsik has worked on is the sequences of the honeybee. In agriculture honeybees are important pollinators so there is a lot of concern about honeybee health. Learning more about the honeybee genes could help with the management of problems such as colony collapse disorder.

Much of the work Elsik has done began while she was part of the faculty at Texas A&M prior to the time she spent at Georgetown. She realized she wanted to get back to an agriculture school and is happy for the opportunity to be part of Mizzou Advantage.

Phillips said that after two years of Mizzou Advantage planning things are coming together.

“The ultimate goal is to raise the stature and the impact of the university,” Phillips said. “There are solutions to real-world problems that we can find just by having all these resources and people with expertise in place on one campus. For example, we are one of the only campuses in the nation that has a vet school, a med school and a research reactor, so that gives us an edge because we have all of these resources in the same place.”