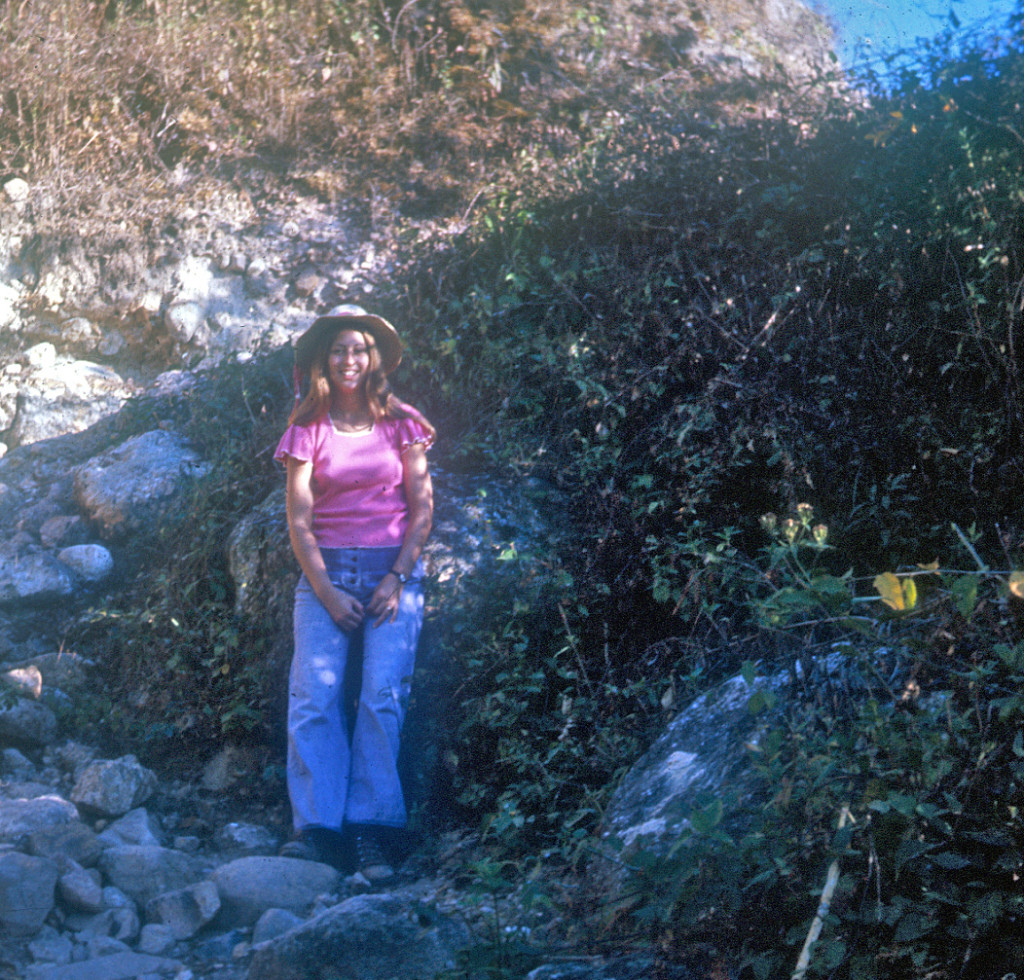 Judy Stallmann on her way to the village of El Ingenio to visit friends circa 1974.

For Judy Stallmann, an MU professor of agricultural and applied economics, rural sociology and community development extension in the College of Agriculture, Food, and Natural Resources (CAFNR), and public affairs at the Truman School of Public Affairs, the skills she gained growing up on a farm in Iowa helped launch an international career in community development and education.

While studying at Iowa State she and her husband connected with a Peace Corps recruiter. “We thought it was something we’d ask about but never thought we’d be accepted,” Stallmann said. “We were both from a farm background and the recruiter said ‘you’re exactly who we’re looking for.’”

They applied, and along with several other married couples were sent to the countryside of Honduras in 1973. Stallmann worked with Caritas, a social outreach arm of the Catholic Church. She connected with a housewives club to improve nutrition and economic opportunities for families.

One in five children was dying of malnutrition in her region of Honduras in the mid-1970s. Stallmann taught nutrition and food preservation classes to the housewives club, which frustrated the women—at first. “Now they know what they should be feeding their kids but they have no means to do it,” Stallmann explained. Their diets mainly lacked vegetables and protein so Stallmann put her agricultural roots to work and facilitated gardening projects and helped the club raise chickens and rabbits.

Stallmann can sew, and is particularly skilled at pattern drafting, which the women in the housewives club wanted to learn. 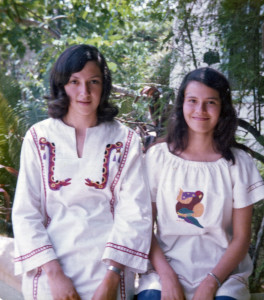 A couple of Stallmann’s friends modeling the the blouses sewn and embroidered by the women’s group she worked with.

“We started thinking about how we could turn this into something; women in western Honduras did beautiful embroidery and we thought can we turn sewing and embroidery into an economic opportunity here,” Stallmann said.

They were also near Copán, one of the most important Mayan ruin sites and a popular tourist destination. The group came up with the idea to put colors to the symbols of the Mayan calendar.  “That was our basis for creating the typical dress of Honduras,” Stallmann said.  Two villages sewed and embroidered and sold their products in the tourist market in San Pedro Sula, doubling family incomes.

Many of the women used the money to send their children to high school, an opportunity that would’ve otherwise been difficult to realize. Others invested in entrepreneurial activities, such as raising and selling garlic. Stallmann said she saw dramatic impact in the three communities where she coordinated this project. After the sewing project was running smoothly, she shifted her efforts to teaching sewing teachers to broaden the outreach of the project.

“These women were just incredible, gracious, wonderful people, willing to share anything; they had the patience to teach me embroidery I had never seen,” Stallmann said.  “It made me start thinking about how I could take what I had learned, get more education and go back to work internationally,” she said.

Stallmann returned to Honduras several times after her Peace Corps service; she worked for a non-profit research institute and interviewed Hondurans to help United States Agency for International Development (USAID) determine appropriate technologies for small-scale manufacturing before starting her PhD at Michigan State.

“I learned people are alike no matter where you go,” Stallmann said. “One thing that always impressed me was generosity and hospitality of people who had so much less than I did.” 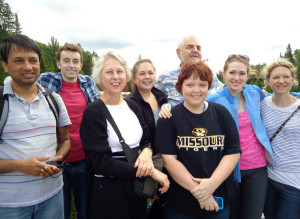 Students and faculty from MU who participated in the International Comparative Rural Policy Studies summer institute in Quebec in the summer of 2012.

She’s used the lessons she learned in community engagement in her classroom and in community economic development projects overseas and in the U.S. Stallmann researches local government and how it impacts people. She also specializes in policy analysis and recently co-authored an analysis of Missouri’s tax policy.

“Peace Corps taught me there are many different ways to go about achieving things; until then, the way I had seen things done by my family, my community or my country I thought, that’s the way you do it,” she continued.

Opening up to new perspectives is one of the messages she stresses at the International Comparative Rural Policy Studies’ summer institute for graduate students from a consortium of universities in the U.S, Mexico, Canada and Europe. Each year students and professors from several different countries gather for a co-learning experience in rural policy analysis. The program is hosted by a different university each year and attendees get to explore the host country through field trips, field work and classroom discussions.

“The program started because it was clear we needed to train researchers to think comparatively about policy,” Stallmann said. “We were seeing in negotiations among countries that people seemed to not be able to move outside of their own national context to accept that you may achieve policy in different ways or that you might have different policy objectives and that these are conditioned by your historical, cultural and philosophical context.”

Stallmann deeply values her international experiences and said they’re an important asset for preparing today’s students for our interconnected world.

“Our students are living in a way more internationalized world than I was,” Stallmann said. “If you listen to the executives they bring on campus for professor for a day, almost all of them are going to mention at some point their international strategy and how important that is for them. Students are going to be working in a much more international world, working with people from other countries; they may end up living in another country. Having returned Peace Corps volunteers who can share their experiences in their classrooms helps students better prepare for a job market that is much more international than it was when I graduated from college,” she said.

She’s likely sparked several international adventures among her students, furthering the inspiration she gained long ago from a returned Peace Corps volunteer who served in Nepal and shared his experiences with her high school class in Iowa.