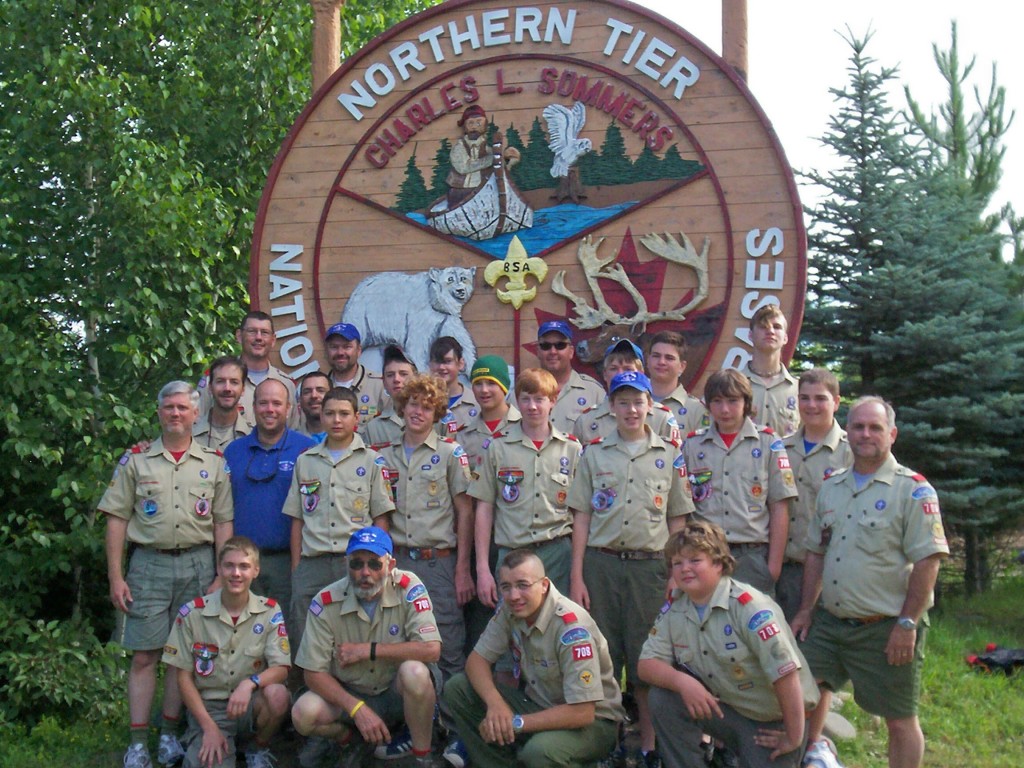 CAFNR works hard to provide leadership opportunities for its students. Many of its faculty and staff also take those roles on in the community – especially in Boy Scouts. 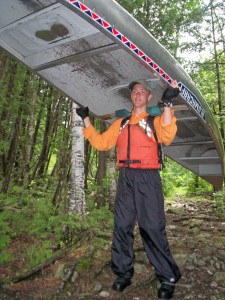 Founded in 1910, the Boy Scouts of America (BSA) has developed into one of the largest youth organizations in the U.S. The organization is divided into three different units: Cub Scouting, Boy Scouting and Venturing. Cub Scouting aims to address the needs for younger boys, ages 7 to 11 years old. Boy Scouting is a vigorous outdoor program and peer group leadership, and is for boys 12-18 years old. Venturing is for boys and girls who have completed 8th grade, and offers youth-run activities that help members pursue their special interests, develop leadership skills and grow by teaching each other. 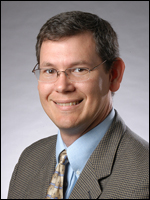 “I was a Boy Scout as a youth and it was a very transformative and fun experience,” Sykuta said. “I wanted my boys to have that same opportunity and to be involved with them. When my now-15 year old was in first grade, I started back into Scouting as an adult and have been actively involved since.”

“I got involved with Scouts as a youth; first as a Cub Scout with Pack 369 (sponsored by my elementary school, Iveland in the Ritenour School District in St. Louis suburban north) then as a Boy Scout with Troop 369 (same sponsor),” Stelzer said. “I just liked hiking, camping…anything to do with the outdoors.” 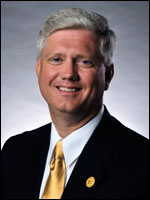 “I was not engaged in Boy Scouts as a youth,” Garton said. “I knew it existed, but not what it was or its purpose. I got involved because my oldest son, Josh, enjoyed the outdoors and camping and wanted to participate.” Garton has carried on the Scouting tradition with his second son, Logan.

This year, Garton is organizing his troop’s recruitment campout, which serves as an opportunity for older Cub Scouts to experience a Boy Scout troop. The campout will take place at CAFNR’s Bradford Research and Extension Center this month. 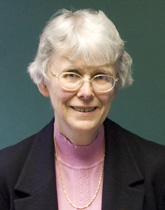 Like the others, Peterson initially got involved with her son.

“My son came home from first grade with the ‘join Boy Scouting’ flier for Cub Scouts,” said Peterson. “We talked about it and he said he really wanted to do it, so I agreed. Of course I knew that nobody would volunteer to be the den leader, although we did have a parent volunteer. So I agreed to be the assistant. But he turned out to be a real dud, and so I was basically running the den meetings after the first half of the year and then until our boys moved on to the Boy Scouts.”

Eight boys from Peterson’s initial den moved onto the same Boy Scout troop, and most of them became Eagle Scouts.

“They self-motivated each other,” Peterson said. “One of our local representatives, Steve Weber, was in that group, and he became an Eagle Scout under me.” 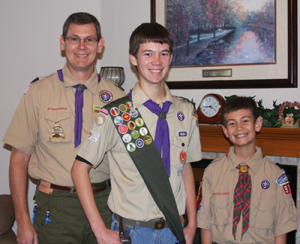 Sykuta and his sons before the youngest crossed over from Webelos (Cub Scouts) to Boy Scouts in February.

Eagle Scout is the highest rank a Boy Scout can earn. The title is held for life. Eagle Scouts must earn 21 merit badges and complete a comprehensive community service project.

“Eagle Scout is about the only high school recognition that someone can keep on their resume their entire life,” said Garton, who guides and coaches Life Scouts toward achieving the rank of Eagle Scout.

Only approximately five percent of all Boy Scouts earned the Eagle Scout rank in 2011, according to the BSA website. Many accomplished figures in American society are Eagle Scouts, including astronauts Neil Armstrong, James Lovell and Charlie Duke.

“If parents get involved in some way with their child’s Boy Scout troop, there is a much higher success rate for them to achieve the Eagle Scout rank,” Garton said.

Peterson is still actively involved in the Boy Scouts today. She serves on the Eagle Registrar Committee, which is a year-round volunteer commitment that reviews Eagle Scout applications for the Booneslick District in central Missouri. Peterson holds the Girl Scout equivalent to Eagle Scout. Peterson also volunteers as a Round Table trainer, the monthly training meeting, for the Cub Scouts.

“I plan to stay involved for quite some time because I enjoy what I do,” Peterson said. 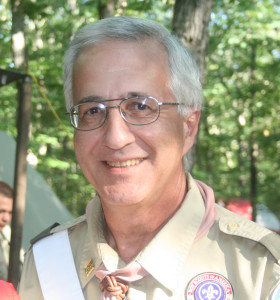 “I joined Cub Scouts in 1962 and wrapped-up my involvement as a youth with Explorer Post 644 in 1972,” Stelzer said. “While I did not stay active during my undergraduate and graduate days at Mizzou, I did begin my adult Scouter days with a Boy Scout troop down in Morrilton, Ark. in 1978 when I took my first job out of college.  I’ve stayed active since then, serving in the following BSA Councils…Ark.- Quapaw Council, Ind.- Sagamore Council, Fla.- Gulf Coast Council, Ala. – Greater Alabama Council, and Mo. – Ozark Trails and Great Rivers Councils. All in all, some 35 years as an adult volunteer.”

Now, he serves as an Assistant Scoutmaster for Troop 706.

“It is a very active troop with 70+ active Scouts and 15+ Scouters (adult volunteers) like myself,” Stelzer said. “Mike Sykuta is one of those Scouters. Over the past 40+ years the troop has been around, more than Scouts have achieved Eagle rank.

“I serve on both the Council training staffs for adults (Wood Badge) and youth (National Youth Leadership Training),” Stelzer said. “Both are multiple-day training sessions where we teach the same principles of leadership (team-building, communicating, leading and teaching, educating, demonstrating, guiding, enabling and resolving confict) to both youth and adults, so that everyone is on the same page. 2013 will be my first year on the Wood Badge staff, but I have been doing NYLT since 2008.”

“Boy Scouts is about helping boys grow into young men who are good citizens with leadership and life skills,” Sykuta said. “It encourages young men (and young women through Venturing) to develop their whole person — intellectually, physically and spiritually — and to prepare them for a successful future. It teaches young people to have a healthy respect for the environment and to appreciate the outdoors and all that it offers. I think all of those fit well with what we are about as a college.” 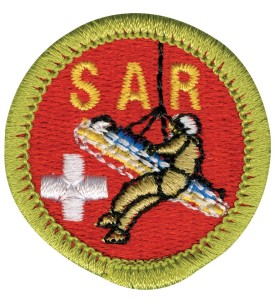 The search and rescue merit badge was announced this June.

As both CAFNR and the Boy Scouts value leadership, group collaboration and community service, it may not come as a big surprise that many CAFNR faculty are involved with the Boy Scouts.

“We both want to develop people with strong leadership skills, and both programs have similar goals,” Peterson said. “The methods may not be the same, because when you start with young boys you have to build very slowly and with a lot of patience. And there are many modes of leadership that takes us a lot of time to recognize.”

“The leadership skills and roles of BSA fit very well with CAFNR,” Stelzer said. “Both are about team building and all the aspects that go into that — communicating, teaching, leading and conflict resolution. Throw in the principles of conserving our natural resources like ‘Leave No Trace’ — what more can I say?” 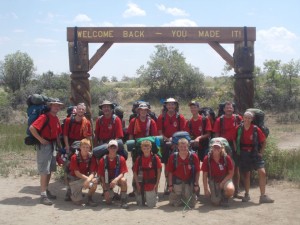 Sykuta with the troop at Camp Alexander in Colorado.

Memories of a Lifetime“The High Adventure trips are what I will remember most about participating with my two sons, Josh and Logan,” Garton said.

The Boy Scouts own and operate three different high adventure bases that Scouts can participate: the Northern Tier Expedition located around the lakes of northern Minnesota and southern Canada; Florida Sea Base located in the Florida Keys; and the Philmont Scout Ranch in New Mexico. They are opening a fourth, the Summit Bechtel Family National Scout Reserve, located in Mount Hope, W.Va., in 2013. 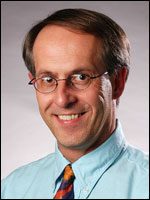 Gruen also considers his troop’s trip to Sea Base, where scouts can scuba, snorkel, sail and camp for a week on an island, to be one of their favorite Boy Scout memories. To go on these trips, the adult chaperons have to have 18 hours of safety training in areas such as remote wilderness first aid.“I went with my older son (and a group of 10 other people) to the Philmont Scout Ranch in northeastern New Mexico for an 11-day backpacking trip in the mountains,” Sykuta said. “As it turned out, one of the other youth on that trek is now a freshman in CAFNR and a student in one of my classes.

“I was at Philmont as a youth, and this trip reminded me of just how much I loved that experience and how much it meant to me. This summer, I saw five boys I have known for years mature in ways they never would have otherwise and come together as a team as we went 11 days in the wilderness. On one particularly clear night, the Milky Way was spread out across the sky and seemed so close you could reach out a touch it. Being able to share that with my son, to just spend that time together and marvel at the universe, is probably my favorite memory. And it’s nice to know I can still carry a full pack 70 miles through the mountains and have a great time!” he said. 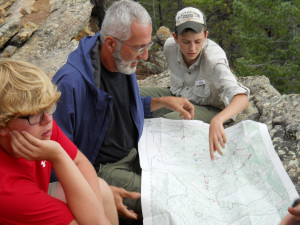 Stelzer studying a map with some scouts.

Stelzer who was on the same trip with his oldest son also considers the trip one of his favorite Boy Scout memories. Both Sykuta and Stelzer will be attending the National Jamboree held at the new BSA High Adventure Camp, The Summit, in West Virginia in July next year. The event is held every four years and brings together around 40,000 Scouts and Venturers from around the U.S. and a few other countries.

“Every other year my son’s troop took what’s called a ‘super trip,’” Peterson said. “One year they went to Florida, independent of Sea Base, and went camping, rented a sailboat, and went scuba diving. This particular trip was organized by a 14-year old, including raising all the money and carrying all the cash, which was thousands of dollars. That boy became a Rhodes Scholar.

“On the previous super trip they took a canoeing trip in the Canadian wilderness, about a 100-mile trip,” she said. “The boys all planned it themselves. I asked my son what he thought, because the parents got together and chipped in some money and we sent them soda and ice cream by seaplane in the middle of their trip because they were paddling and had to do all these portages. He looked at me and said, ‘We thought it came to rescue us,’” Peterson said laughing. 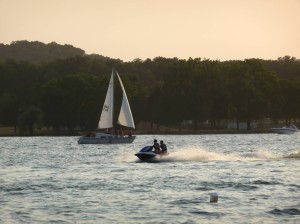 Some of Gruen’s troop jetskiing at Boy Scout camp.

Besides the fun activities that go along with the organization, those involved with the Boy Scouts witness the young scouts develop into leaders.

“It’s fun to see the tremendous growth the boys undergo,” Garton said. “When my oldest son Josh was a junior in high school, he was selected to serve as drum major. His band director commented that he possessed good leadership skills and asked if he had been in Boy Scouts.”

“I have to say my best moment is every time a boy gets an Eagle or accomplishes his goal,” Peterson said.

Still, as involved as Peterson was with her son’s troop, you would still never find her on the camping trips.

“The last thing in the world that I ever wanted to do was be out in the woods with a bunch of early teenaged boys who had knives and matches,” Peterson said with a chuckle.