Johnson was recognized for his lifetime of service to MU. The Alumni Legacy Award was created in 2008 to honor Mizzou alumni who have dedicated their lives to exemplary service on behalf of MU. The award is presented to two graduates each year – one to a volunteer living in Missouri and the other to an out-of-state volunteer. Johnson received this year’s in-state award, while Hessing received the out-of-state honor.

Johnson lived in Nebraska for 37 years, where he remained an ardent Mizzou Tiger fan, before moving back to Columbia, Mo. He was instrumental in the founding of the Tigers of the Corn chapter of the Mizzou Alumni Association in Omaha, which now boasts more than 1,100 members. 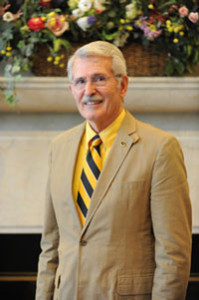 Johnson currently serves as an ambassador for CAFNR, where he is an academic mentor to current students. He also enjoys teaching students to fish and giving advice to his mentees when they are facing tough times.

After graduating with a degree in agriculture in 1960, Hessing moved to Peoria, Ill., where he helped charter the Greater Peoria chapter of the Mizzou Alumni Association. He has served as president, vice president, treasurer, event planner and scholarship chair for the chapter. He served the University on a national level as president of the Mizzou Alumni Association from 1996 to 1997, during which time he was instrumental in the implementation of the affinity credit card program, which continues to produce significant revenues for the association. 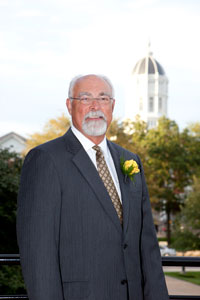 The Tiger Pride Award was created by the Mizzou Alumni Association in 1996 to honor sustained, outstanding volunteer service of MU alumni. The award is presented to two graduates each year — one to a volunteer living in Missouri and the other to an out-of-state volunteer. Newham, who lives outside Kansas City in Leawood, Kan., received this year’s out-of-state award, while Davis received the out-of-state award.

For the past 28 years, Newham has worked in the publishing industry where he has helped mentor and hire Mizzou students and alumni. He also is a tireless supporter of CAFNR’s science and agricultural journalism program. 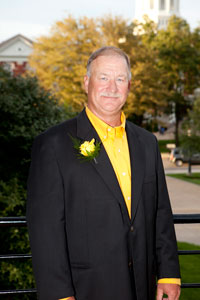 Davis has also served on the Mizzou Alumni Association Governing Board and the Intercollegiate Athletics Committee. Every year, he takes part in the tradition of popping and passing out kettle corn in front of the Reynolds Alumni Center on the Friday of Homecoming.

Sen. David Pearce, B.S. AgJ, a Republican who represents District 31 in the Missouri Senate, received the 2012 Geyer Public Service Awards from the Mizzou Alumni Association in recognition for his continuous support of higher education public policy. The MAA’s Legislative Network Committee (MLN) annually presents the awards to one state-elected official and one citizen or group of citizens who exemplify the dedication and spirit of Henry S. Geyer. A former state representative, Geyer believed education was the key to progress and prosperity in Missouri and introduced a bill to establish the University of Missouri in 1839.

Among other positions, Pearce currently serves as chairman of the Senate Education Committee, the Educated Citizenry 2020 Committee and the Joint Committee on Education. Pearce has been recognized for numerous legislative achievements including the MU Alumni Alliance Award.