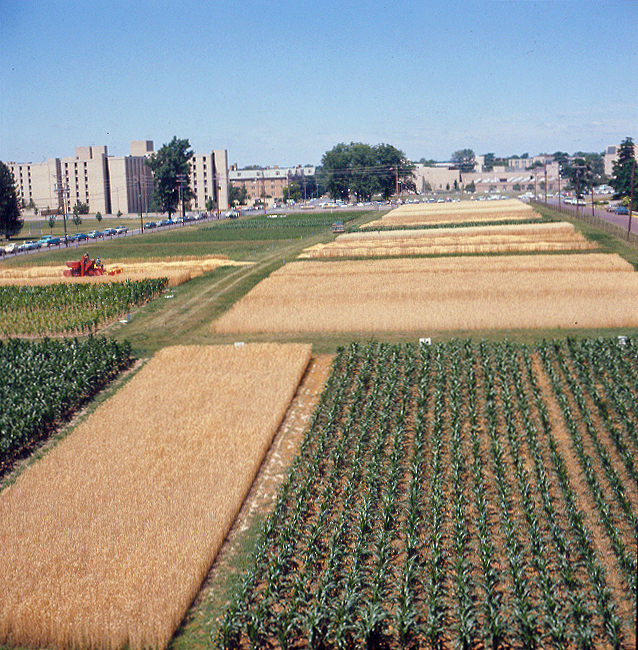 People drive by Sanborn Field east of campus and don’t give it a second look. At best, it looks like an empty lot – something where a new residence hall could be built someday.

It’s proven to be much too valuable for that. For almost a century and a quarter, the farm plots at Sanborn have yielded significant scientific information about the health and best use of Missouri soils, soil erosion, fertilizer run-off, crop rotation, and best methods to recover exhausted soils.

For all of this, however, Sanborn is most famous for its role in the creation of Aureomycin, a contemporary of penicillin.

Shortly following World War II, new “miracle drugs” revolutionized the medical treatment of infections. These new drugs included several types of substances found to have antibacterial and antiviral properties. One of these classes of drugs was tetracyclines – a family of antibiotics similar to penicillin, but more effective against a wide range of infections.

In 1945, Benjamin Duggar, son of a country doctor and a pathologist-physiologist at Lederle Laboratories in New York, was searching for organisms producing tetracycline antibodies. He asked Mizzou soil scientist William Albrecht for promising Missouri soil samples. Albrecht suspected that Plot 23 at Sanborn could contain fungal samples of use to Duggar.

Duggar found its soil contained a golden mold that suppressed the growth of many microorganisms, including streptococci.

Sanborn Field was established in 1888 by J.W. Sanborn, director of the Missouri Experiment Station and dean of the MU College of Agriculture, to demonstrate crop rotation and the production of winter wheat. Later, corn, soybeans and sorghum were added to his research projects list. Most research studied soil changes, crop responses to fertilizer and tillage, and the effects of differing nutrient balances – all good clues in understanding the health of Missouri soils.

Sanborn is the oldest continuous experimental field west of the Mississippi River. Of its 45 plots, one is still in the native prairie species common to Missouri before the influx of European settlers – a perfect control sample.  Nine plots are still involved in the original cropping program started by Sanborn, yielding 124 years of data of plant growth, human intervention and soil quality. 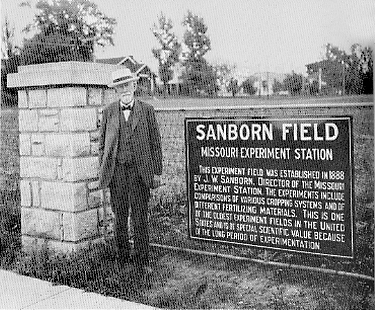 J.W. Sanborn, retired College of Agriculture dean, visited Sanborn Field in 1926, almost a half century after its establishment.

This old research is valuable because of the records that have been kept for each experiment, be it the application of animal manure or the planting of clover, said Randy Miles, Sanborn Field director. Each intervention’s effects have been scientifically measured, and each crop harvest carefully recorded along with accompanying weather observations. For soil scientists like Miles, having such cause-and-effect data for almost a century and a quarter is of immeasurable help. There are almost no farm lands in Missouri, or in the established ag world, where such continuous long-term recorded research results exist, Miles said.

This means that Sanborn’s soil is a unique time capsule that is little changed. No herbicide has ever been used on some plots. Most crops were harvested by hand or with modified small tractors, minimizing mechanical change to the ground.

The Sanborn scientists also have “snapshots” of the soil at different points in the last century. MU researchers captured and saved deep core samples in 1915, 1938, 1962 and 1988. These samples have great research value as they show how much carbon was captured and retained both at the surface and below tillage level, Miles commented. Carbon nearer the surface trends to fluctuate dramatically with farm use while deeper portions reflect longer term trends.

These core samples have showed that most agricultural soils may have already lost 30 to 75 percent of their antecedent soil organic carbon pool, Miles said. The implications of additional carbon loss to future generations could be enormous, he continued.

Aureomycin Is Developed to Complement Penicillin

In 1948, Duggar labeled the Sanborn fungus as A-377, which was later named Streptomyces aureofaciens. Plot 23 became the source of this fungus, and a soil sample from Plot 23 was made a part of the scientific collection at the Smithsonian Institution. 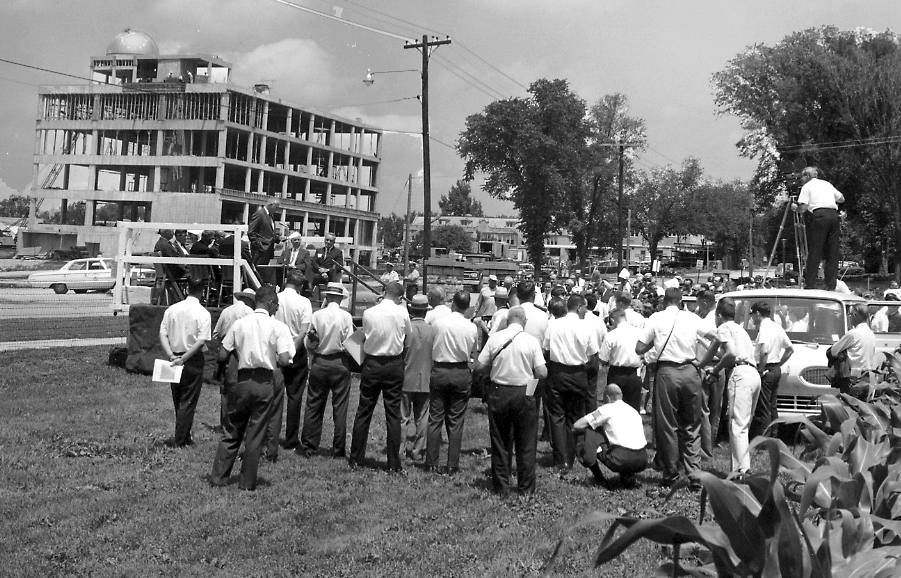 The antibiotic developed from Streptomyces aureofaciens was named Aureomycin. Aureomycin was effective against 90 percent of bacteria-caused infections. In human trials, it was found to have minimal side effects, too. Unlike penicillin and streptomycin, which had to be injected, Aureomycin could be taken orally.

Aureomycin was also effective in treating diseases that did not respond to other antibiotics, such as trachoma, parrot fever, typhus, chlamydias and mycoplasmas. It was also effective against Rocky Mountain spotted fever, an infection which had spread throughout the United States. Caused by a microorganism called rickettsia and transmitted by a tick, the disease was fatal in one out of every five patients.

Aureomycin was used well into the 1980s. Many medical experts considered it to be the least toxic and most effective antibiotic next to penicillin. However, because tetracyclines were used so widely against a variety of diseases, several strains of bacteria have developed resistance to them. As a result, physicians today seldom prescribe Aureomycin to people.

But its contribution has not been forgotten. Written on the monument over Duggar’s grave in Alabama is the statement that Aureomycin saved millions of lives.