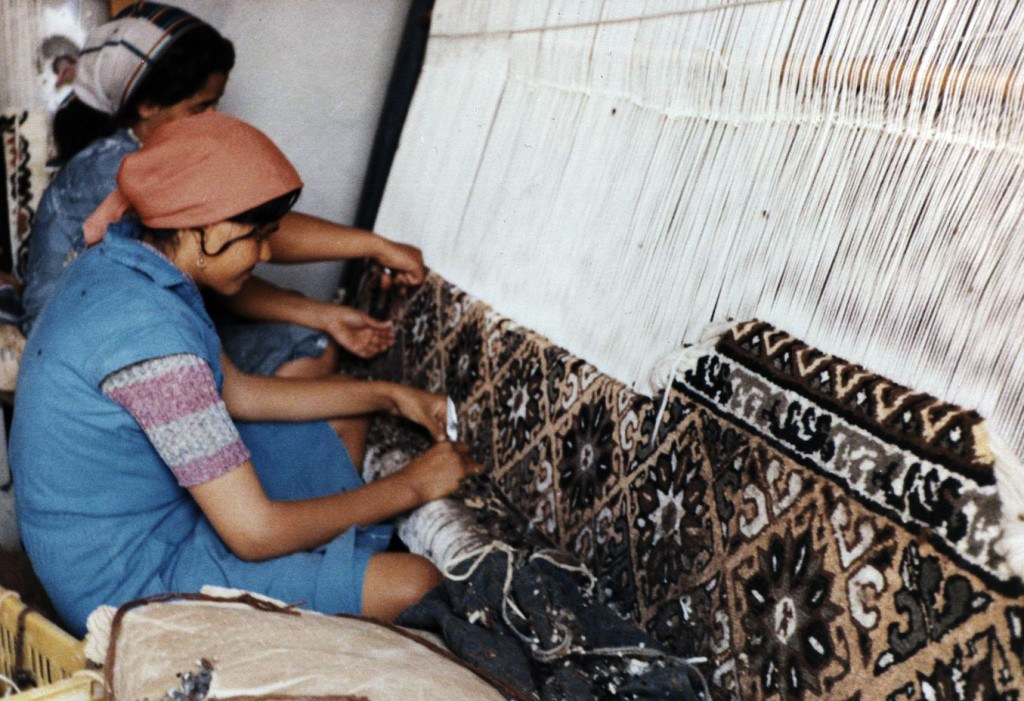 A weaving project in Tunisia, where Nina Furstenau worked to create economic opportunities for women.

Nina Furstenau found her roots in Tunisia—a small North African country she had never been to before.

“For the first time in my life I kind of looked like the people around me,” said Furstenau, who teaches food and wine writing in CAFNR’s Science and Agricultural Journalism program.

Furstenau grew up in Kansas where her family moved from India when she was two-years-old. She said she being both Indian and American wasn’t that interesting in Kansas, but in Tunisia, it was a different story and one that unfolded in the kitchen.

“It was the first time I was able to share that part of my life in such an enriching way,” Furstenau said. “I learned a lot about Tunisians from what went on in the kitchen with the women and they learned a lot about me in the same way. Because of that connection I had a much deeper experience there than I would have otherwise. It taught me I could come out my shell and show people my own home culture; it also showed me the importance of foods in indigenous recipes and why they’re chosen and why they’re passed on.” 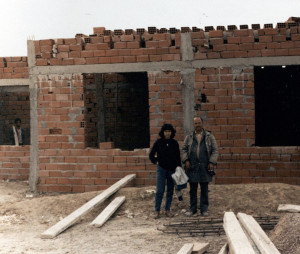 Furstenau and a local contractor outside of the center she helped build for a women’s sewing cooperative.

The experience impacted her teaching and informs a food memoir she’ll publish next year about Indian food in a Kansan context. “What I teach is writing and what I write about is culture and where the boundaries of culture meet is often over the dinner table,” she said.

Negotiating and respecting cultural differences is critical for every Peace Corps volunteer, and for Furstenau, that meant respecting gender roles in an Arab-Muslim country in the mid-1980s. She worked with women to create an income-generating rug weaving project with basic reading and math components.

Because women needed a male companion to travel to the town center to earn a weaving certificate that ensured higher payment for their rugs, Furstenau helped create a center where they could earn the certificates nearby, by-pass hard-to-find escorts, and earn more for their wares. The math and reading component helped them keep track of earnings and negotiate pricing. She also collaborated with the women to create the first playground in Tunisia, complete with a camel slide. 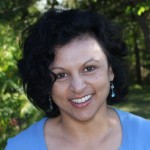 After she calculated how many bricks she needed for the center, she met with a contractor over tea and explained that she needed 2,157 bricks. “He looked at me and said, ‘why don’t you go back and ask your husband how many bricks you need and we’ll discuss this.’ I had already learned that to argue was a bad idea because it would reflect poorly on my husband so I said okay and walked the three miles home. The next day I came back and said I do need 2157 bricks, isn’t that funny,” Furstenau said.

Furstenau served with her husband, Terry, who worked with farmers in the countryside to pasture dairy cattle. Next year, she and Terry will host their Peace Corps group from Tunisia on their mid-Missouri farm. 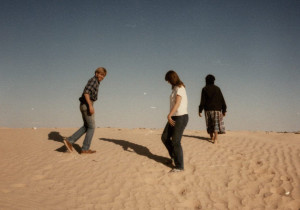 Furstenau hiking on the Sahara dunes with her husband, Terry (left) and a friend.

During her service, she was one of only 10 Peace Corps volunteers from around the world selected to participate in the United Nations Decade for Women: Equality, Development and Peace Conference in Nairobi, Kenya.

“I got to see women from all over the world working on serious issues of development with sincerity and good will,” she said. “I was 22 years old. It was riveting for me to hear people from all these different backgrounds discuss their opinions openly. I was rather shy at the time so it was a great example for me of how to be in the world.”

In her classroom, Furstenau works to impart the lessons she’s learned about cultural awareness to her students.

“Communication about our agricultural systems and policy, basically anything to do with food is such a critical component of everyone’s life on this planet. If I can bring more awareness for preparing people to write about our food systems in their cultural context that’s what I strive to do.”

Furstenau recently took students in her Wine Country Writing class on a four-day trip to eight Missouri wineries to examine wine culture and learn about the industry from the vine to the glass. Read about their trip here.

This fall Furstenau will release “Savor Missouri: River Hill Country Food and Wine,” published by Missouri Life magazine and Acclaim Publishing. Her culinary memoir, “Biting Through the Skin: An Indian Kitchen in America’s Heartland” will be published by University of Iowa Press in the fall of 2013.