After this summer’s record drought, will there be a brutal winter in the Midwest?

A climatologist with the University of Missouri is predicting a slightly warmer than normal winter and a little below average precipitation.

“This is consistent with a weak El Niño pattern in the central Pacific,” said Tony Lupo, chair of the Department of Soil, Environmental and Atmospheric Science in the School of Natural Resources.  “The current El Niño is quite weak, and may not even rate as one when all is said and done.” 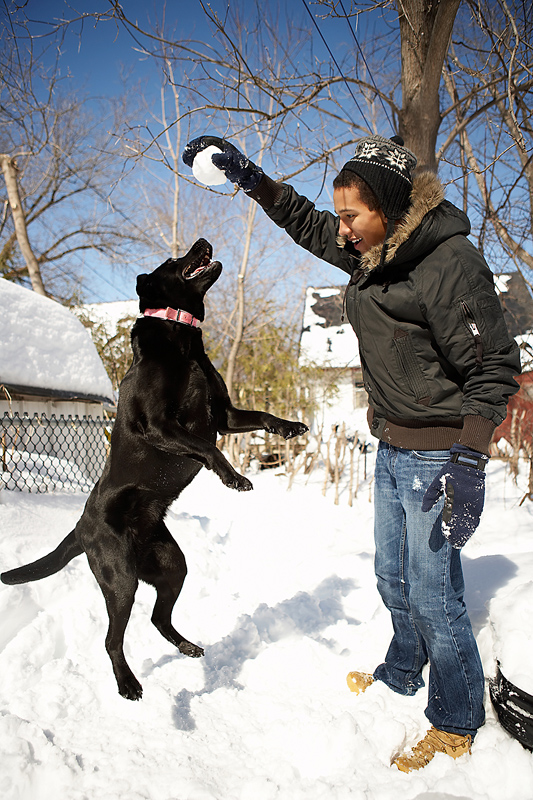 Lupo said the climate data for September 2012 shows a trend from a fading La Niña to a fragile El Niño pattern in the Pacific basin.  The Equatorial sea surface temperatures there have a strong influence on weather patterns over North America.  A persistent La Niña over the last two years was a major reason for the lack of rain over much of the U.S.

An El Niño pattern typically causes a dry period in the Midwestern U.S., while La Niña brings a wet period to that area.  El Niño winters tend to be mild over western U.S. and wet over the southern United States, Lupo added.

“The average temperature for December through February here in Mid-Missouri, for example, is about 32.1 F,” Lupo said.   “I think it will range between 32 – 34.5 F this winter. This is based on a continued weak, almost non-existent El Niño.”

Normal snowfall is about 20 inches.  “I think most people will see right around 15,” Lupo said.

“Historically, a strong El Niño pattern has produced some  very cold and dry weather — about 15 percent of the time,” Lupo pointed out. “That depends on a trough sitting over the Midwest, though. I don’t think that will happen.”

The majority of models indicate that weak El Niño conditions will continue into the early winter, Lupo said. Based on historical records and computer models, there is the possibility of it strengthening around February.

In February, Lupo predicted a continued La Niña pattern for the summer that led to a drought and above average heat throughout the Midwest from Texas to Iowa.

Too Little Precip, Too Late?

Lupo’s colleague, soil scientist Randy Miles, thinks the prediction of more rainfall is good news, but it isn’t enough to undo the impact the summer drought wrought on cropland.

“Currently, we are still down about 11 inches of rain if you look at the rainfall over the last 12 months,” Miles said. “From October to October, we have received roughly 29 inches of rain, compared to the usual 40 inches of rain that we receive here.”

The rains that did fall have been helpful, but they have only been surface rains, he continued. “We need to get moisture into the deeper part of the ground so that we have some saved up for next summer, or we could see a repeat of the crop problems.”

Miles said that average or less than average rainfall, along with warmer temps, could be a big problem as any moisture that comes will not stay in the ground for long before it evaporates.

From a soils standpoint, Miles said the best case scenario for the winter is above average rainfall, high humidity, cloudy days and low temperatures.

“If we get all of this, the rain that does fall would eventually soak down deep into the soil and help provide some moisture for plants during drier times next summer,” he said.

Listen to the Forecast