About 3,000 Columbia-area homes will have pumpkins for decorating or dessert this fall, thanks to Tim Reinbott, superintendent of the University of Missouri Bradford Research Center. 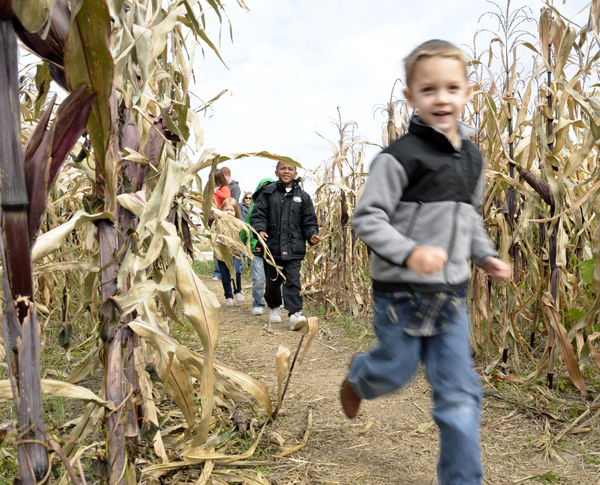 Students from Columbia, Hallsville and Prairie Home elementary schools are visiting the outdoor classroom at Bradford that includes a corn maze and six-acre pumpkin patch. Additionally, day-care children, 4-H members and scouting groups are invited for a day at the farm.

Reinbott said he was inspired by his own experiences at a pumpkin farm as a kindergarten student in Missouri’s Bootheel region. He said students enjoy a memorable fall day as they and their parents learn about agriculture.

The pumpkin patch was slightly smaller this year. Despite being irrigated, the Spartan- and Aladdin-variety pumpkins did not produce typical yields of 20,000 pounds per acre, and an early frost left some green pumpkins. Most of the pumpkins raised at Bradford are in the 25- to 35-pound range, Reinbott said. 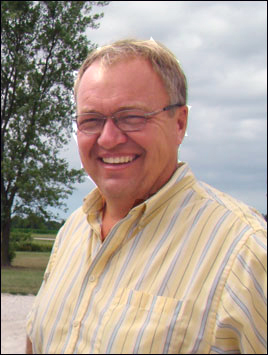 Students also found their way through a corn maze with a “Mizzou” pattern cut into it. New this year was a “SEC” portion of the maze. The maze was planted with corn specially designed for mazes that boasts a distinctive dark purple kernel and reddish leaves. Corn is planted in 15-inch rows in the last week of June or the first week of July—later than typical corn planting so the corn will be green during the fall months when people will visit the maze. 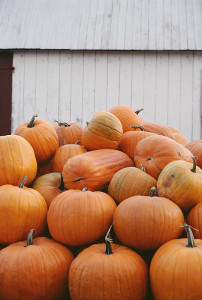 The corn maze is designed by students in the MU College of Agriculture, Food and Natural Resources. When the corn is about 12-24 inches tall, one person equipped with a portable GPS unit walks through the cornfield, followed by a person operating a self-propelled mower.

Students, parents and teachers were transported around the farm on wagons. In addition to learning about corn and pumpkins, visitors also learned about cotton, peanuts and sunflowers, which are grown in small quantities on the farm to give students opportunities to learn about agriculture.

Bradford Research Center has more than 200 research projects, 25,000 plots and several thousand breeding projects, allowing students a cornucopia of education opportunities from which to choose. The pumpkin giveaway is one of many community involvement events held at the farm each year.

Reinbott received a University of Missouri CAFNR 2011 Citation of Merit for his work at the Bradford Research and Extension Center. He has written grants for projects using native grasses for erosion control, alternative methods of biofuel production and improved habitat for grassland birds.